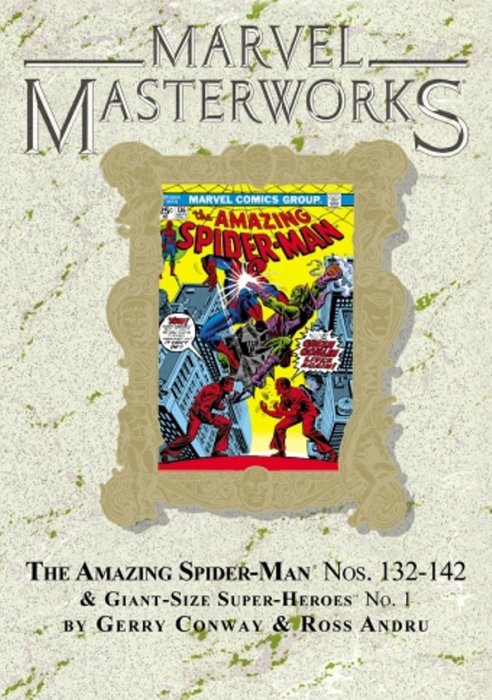 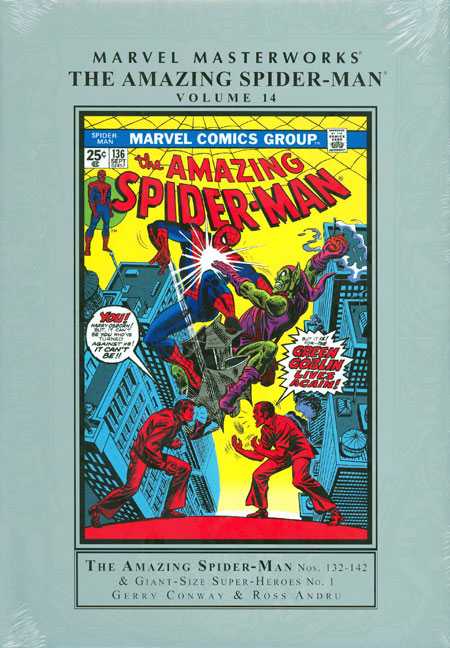 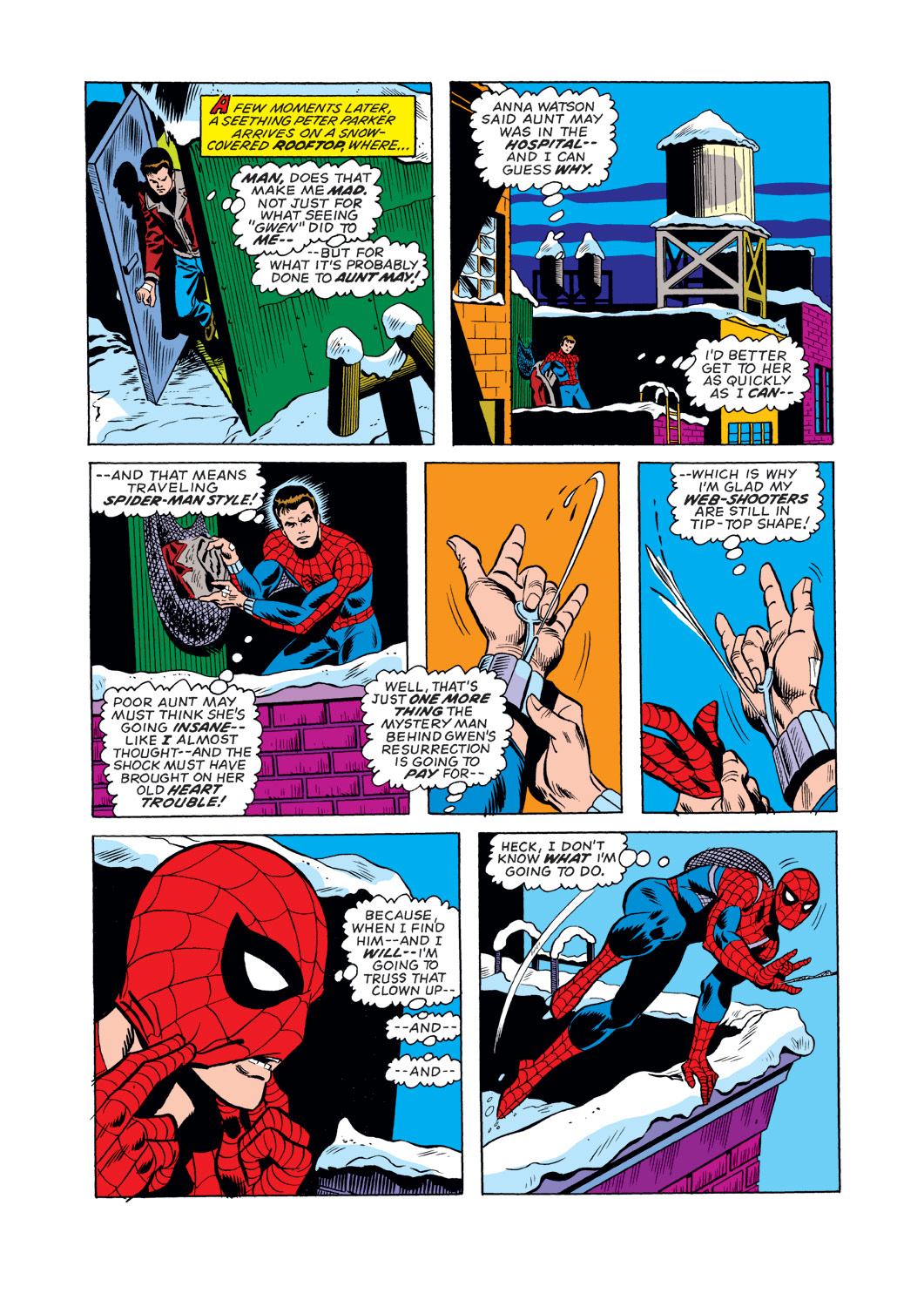 The previous volume displayed Gerry Conway as a writer who could create interesting new characters for Spider-Man’s world, deliver an emotion-stained thriller, and who thought a story in which Aunt May almost marries Doctor Octopus as a good idea. Thankfully that latter Conway is largely absent here, but so is the Conway who created interesting new characters. The Mindworm and the Grizzly hardly compare with Man-Wolf and the Punisher.

Where Conway has had few equals in Spider-Man’s long history is in precisely blending the superhero action with a deft manoeuvring of the soap opera elements constituting Peter Parker’s life. While his Jackal story concludes in the next volume, the chapters here begin a savage turning of the knife in the already raw wound of Gwen Stacy’s death. When Peter Parker needs a new apartment at short notice there’s a surprise donor, and Conway pretty well re-fashions his life in these chapters.

The popular response to the Punisher and Man-Wolf results in both making rapid returns to Spider-Man’s continuity, the former along with another new character, South American mercenary and athlete the Tarantula.

While not matching the highs of the previous or next volumes, these are for the most part solid Spider-Man stories. Conway delivers new twists on old villains, but there is the occasional lapse: coke can size nuclear bombs disposed of in the Hudson river? Really? The shame is this is part of a well set-up gut-wrenching choice Spider-Man has to make.

Barring the occasional anniversary story, John Romita supplies his final pencils on Spider-Man for a relatively ordinary tussle with the Molten Man. The remainder is drawn by Ross Andru, whose art is described in Conway’s introduction as cartoony, which is odd. There certainly are moments of cartoon exaggeration, particularly in Andru’s wild-eyed depiction of mental instability, but there’s no lack of detail, a dynamism to his action scenes and a naturalism to his character moments.

Those who don’t mind their reprints in black and white on pulp paper can locate the same content along with much more spread over Essential Amazing Spider-Man volumes six and seven. The final four chapters can also be found in Spider-Man: The Original Clone Saga, while the Punisher story also features in Essential Punisher volume one.