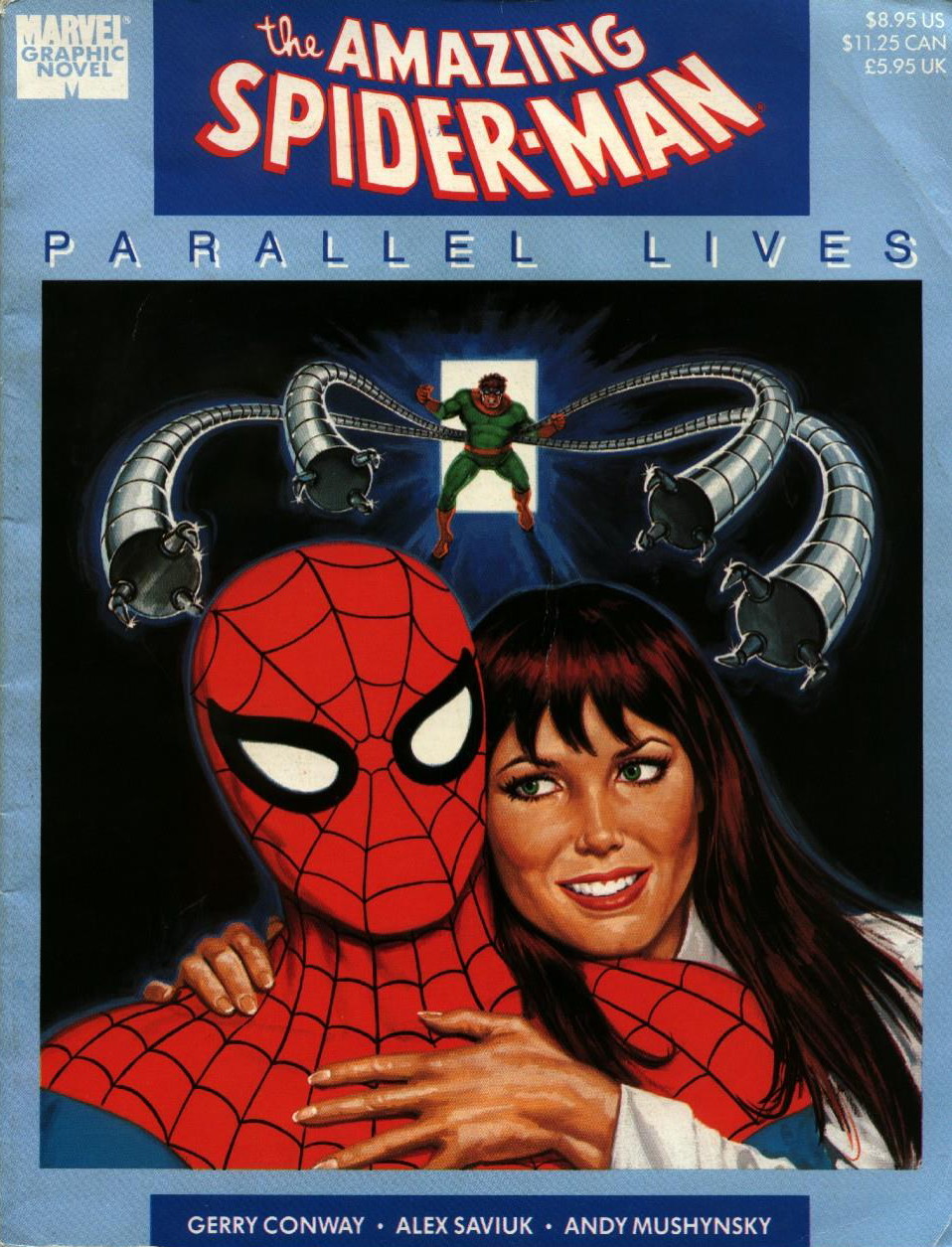 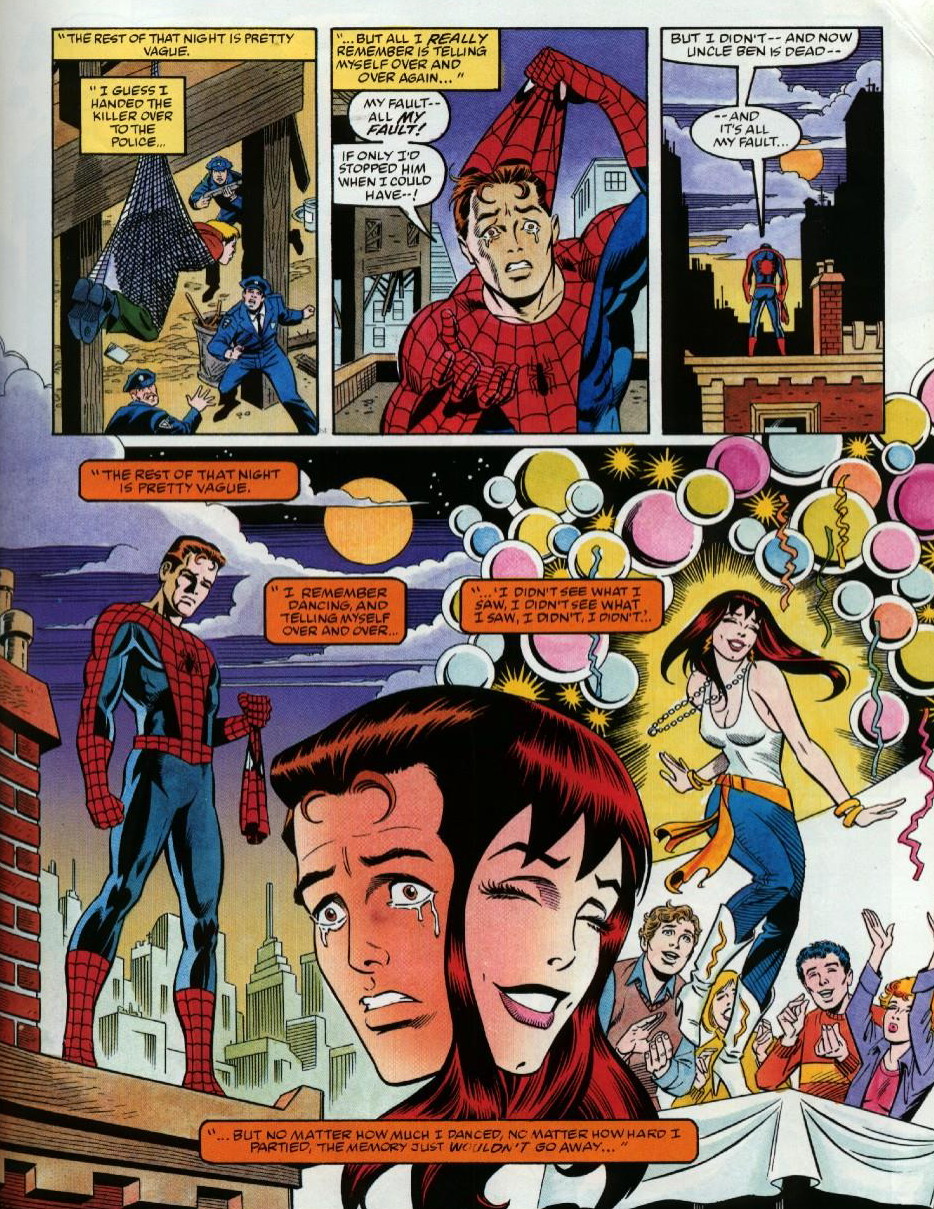 It took Marvel a long time to spotlight Spider-Man in their 1980s oversize graphic novel series, and  provided you’re not too familiar with Spider-Man’s earliest days Parallel Lives retains some originality about its presentation.

Gerry Conway’s plot involves Peter Parker and Mary Jane Watson growing up in the same neighbourhood, with him completely unaware of her until their first face to face meeting, but revealing she knew a lot about him before that occurred. This is imparted via two separate narrative strands, the parallel lives of the title. Although a member of Spider-Man’s supporting cast for over twenty years when this was published, and his girlfriend for a good decade, little was known about Mary Jane’s background, and it comes as a surprise. Her happy go lucky character isn’t the result of a fulfilled childhood, but a response to the constant disharmonious atmosphere in her household, providing a greater depth to plenty of her previous life decisions.

The Peter Parker/Spider-Man narrative is better known, with artist Alex Saviuk redrawing Steve Ditko and John Romita’s original panels to instill an air of familiarity. A continuing joke in Spider-Man’s earliest issues was Peter Parker attempting to avoid a blind date with Mary Jane set up by his aunt. Here we also see the other side of the equation, and the plot the fast forwards considerably through both lives.

It’s only in the latter stages that we’re provided with webslinging action we’ve not seen before, and these are the weakest segments. Doctor Octopus has featured in brief interludes throughout, and their purpose is clarified toward the end. Having been passable to this point, Conway’s script fails just at the point when it should provide a final thrill, with feeble motivation and an abrupt ending.

Saviuk was never the most highly regarded superhero artist of his era, but there’s little wrong with his Archie style cartooning here. His storytelling is strong even when he doesn’t have the work of Spider-Man’s signature artists of the time to fall back on, and his lead characters are instantly recognisable.

This is no lost masterpiece, but had it been issued as a standard annual rather than an expensive oversize graphic novel it might be more fondly recalled today. It’s also available with three others, albeit at reduced size, in Spider-Man: The Graphic Novels. 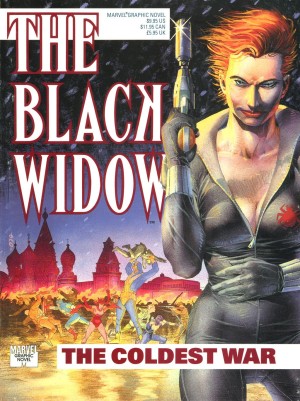