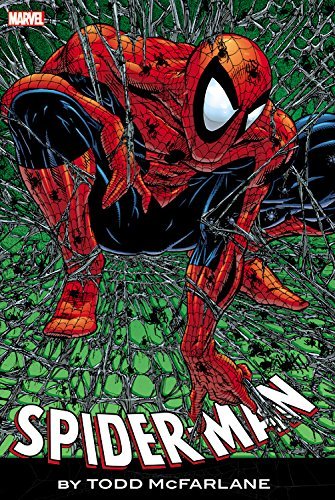 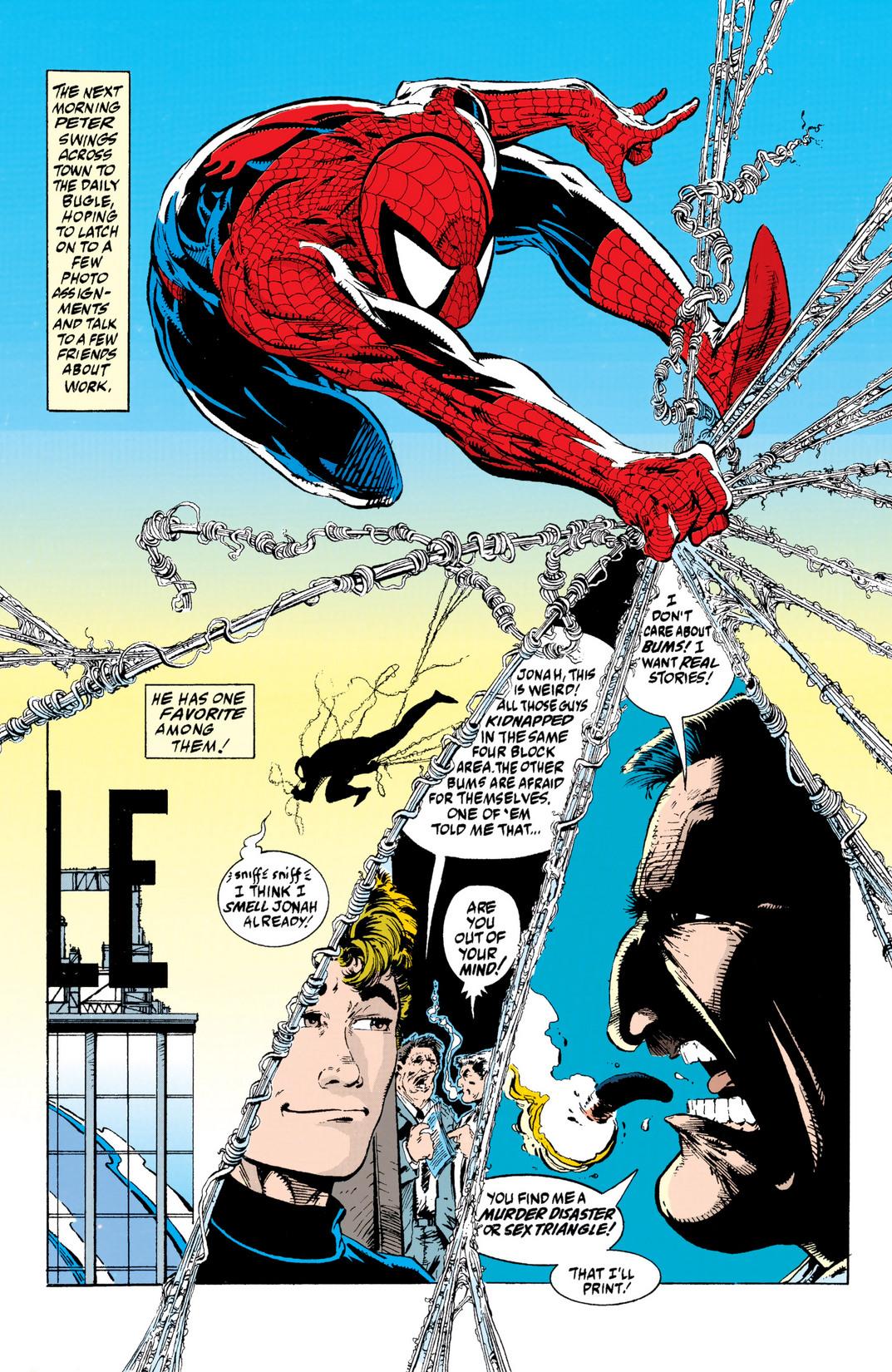 The comics collected within this oversize hardback sold millions of copies between them. Even allowing for this being in a sordid era of speculator fuelled investment, it can’t be denied that a lot of people very much liked Todd McFarlane’s version of Spider-Man, and the mystifying question is why. No argument that he delivers a good pin-up page. His Spider-Man is contorted, crouched or swinging from webbing, and McFarlane provides an awful lot of that, to the fussily noodled design he updated in the early 1990s. The problem comes on actually trying to read and make sense of the connections between those pin-ups.

In 1991 McFarlane, quite rightly, assumed that people were buying Spider-Man comics he drew, but written by others, for his art. He wasn’t a fan of what he was being asked to draw, and figured any numpty could write a comic, so gave it a go himself, and on a purely creative level the results are wretched. He has a tin ear for dialogue, and his plots for much of this book consist of him stringing together whatever he felt like drawing on any particular day. The opening tale has Spider-Man battling the Lizard over and over again, contrasted with pin-ups of Mary Jane Watson in her negligee or going out dancing, and toward the end a villain who’s apparently controlling the Lizard, but with no explanation as to any greater purpose than filling pages.

These are of variable quality. McFarlane begins each episode with the valid stylistic device of four horizontal panels, enabling him to follow with a double page spread. Further pages with as many as four panels are hardly common, and in such a way barely any plot is stretched to infinity and beyond. Furthermore, McFarlane doesn’t seem very interested in Spider-Man, and guest stars Ghost Rider, Wolverine and X-Force have larger roles. When he’s trying the pictures look okay. When he can’t be bothered they’re sketchy, or just filled with superfluous lines. Rob Liefeld, also mystifyingly popular in the early 1990s, draws one chapter of the X-Force crossover and despite astonishingly poor anatomy and perspective he’s actually better at laying out a story.

For some reason Amazon listings promise this includes six issues of Spider-Man/Deadpool. It doesn’t, and McFarlane wasn’t involved with that title. There is extra content not seen in the individual paperbacks, sketch pages, articles about McFarlane and covers, but nothing so enticing it’ll sway an undecided buyer.