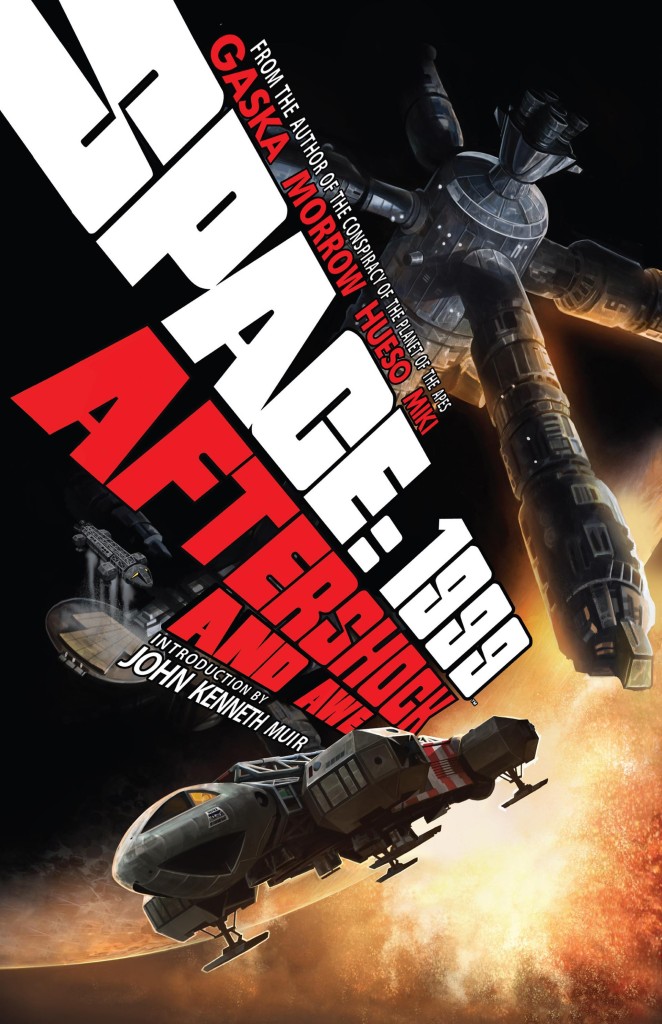 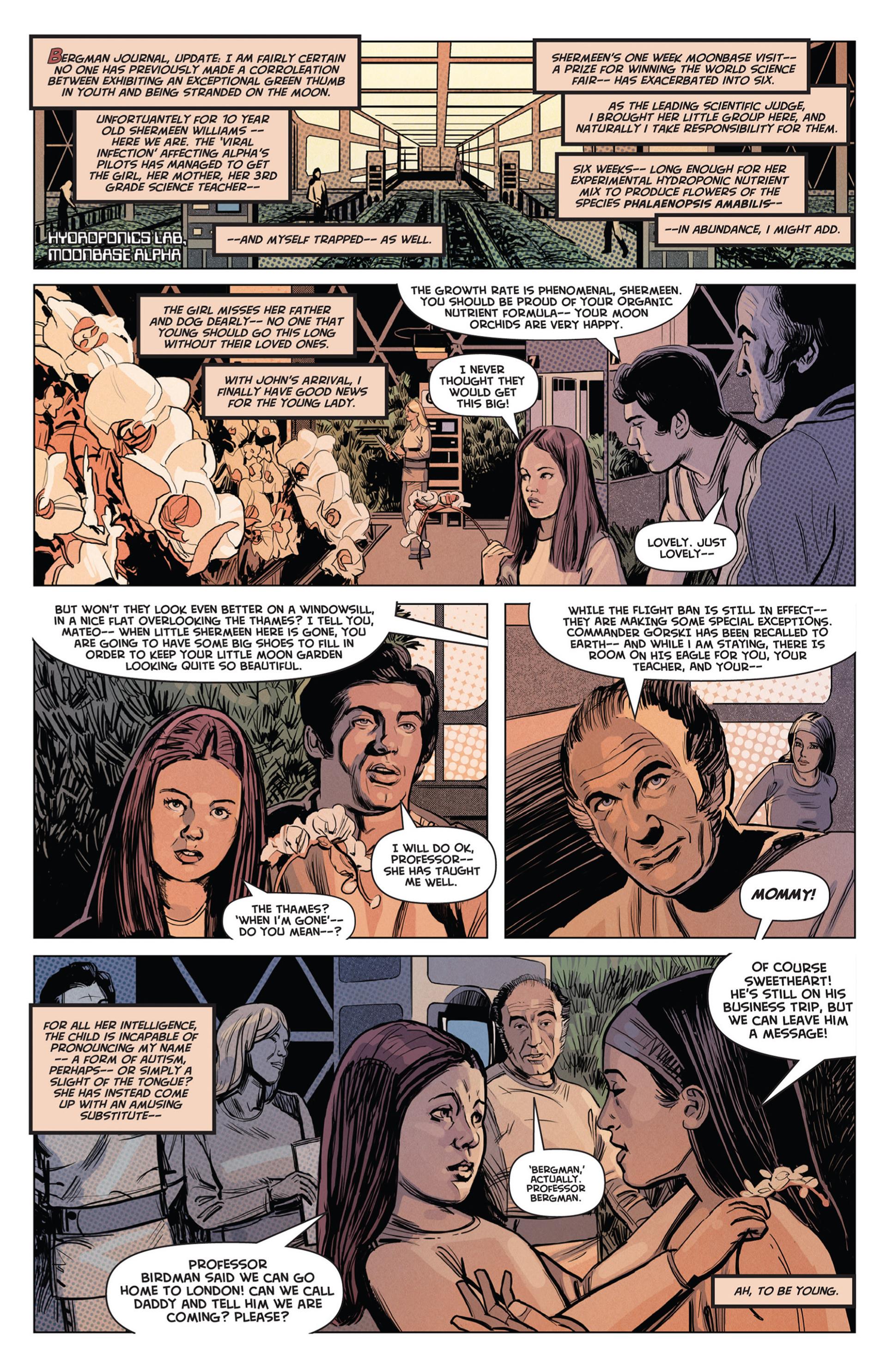 To complement their digital packages remastering licensed Space 1999 material from around the world, Archaia also released a hardback volume with two separate stories ‘Awe’ and ‘Aftershock’

The first adapts the TV show’s first episode. It’s an odd hodge-podge, combining artwork originally created by Gray Morrow for a 1970s adaptation in black and white, that itself adapted by an uncredited Nicola Cuti, and a plot that merges portions of a screened TV episode written by Christopher Penfold and a never filmed script by George Bellak. These have been fused with a new script by Andrew Gaska and pieces of new art by someone just known as Miki interspersed between Morrow’s far superior compositions.

Commander John Koenig arrives on a Moonbase Alpha not yet hurtling through space to replace a previous incumbent not happy at leaving. Koenig has been sent partially to investigate why people have been dying, the theory of a viral infection being constantly stated, while the radiation leak proposed by Dr Helena Russell is being discredited. It’s a dry script, eventually leading to the better known situation for Moonbase Alpha.

Projects involving such a vast number of creative hands, even at a remove, are very rarely successful, and so it proves. The cost of Morrow’s meticulous actor likenesses is that many panels look copied from posed stills, and those panels are positively plastered with dialogue and narrative captions as Gaska either attempts to maximise his own involvement, or be as faithful as possible toward what he’s adapting. Miki’s insertions are vastly inferior art, and it’s surely only the most dedicated Space 1999 fan who’ll want to see this section through to the end.

‘Aftershock’ is an original creation, a companion piece written by Gaska and looking at the situation on Earth as Koenig goes about his business on the moon. It confirms the world of Space 1999 as an alternate universe Earth significantly more unified than our own, and the cause of Moonbase Alpha’s problems as originating to a major degree on Earth.

In some ways ‘Aftershock’ is clever. It grounds the more prominent members of the TV series by filling in those they’ve left behind on Earth, offers a good deal more background, the way it informs the previous tale is well conceived and there’s an effective epilogue. In others it’s equally leaden. “Koenig is the expert up there. He knows what he is doing. The decision on how to proceed is his” exemplifies Gaska’s poor ear for dialogue, with an aversion to contractions. Over and over we have “I will” instead of “I’ll” or “Should not” in preference to “shouldn’t”, and “we are” instead of “we’re”. Maybe it’s a method of differentiating this universe from ours, but the effect induces a groan at almost every word balloon. And there are plenty of those as Gaska plasters the panels with unrequired words.

In terms of consistency at least, David Hueso and Miki’s painted art is an improvement on the previous chapters, as likenesses aren’t as important, and they deliver some fine space explosions. These become relevant in the closing section investigating an Earth no longer tethered to the moon. The previous story has already noted widespread devastation, and this reveals more background to that along with the fates of the new cast we’ve been following.

How fondly is Space 1999 recalled? Those who were children when Star Trek was dead and Star Wars yet to appear may have a warm glow at mention of the name, but this is a licence that appears to have stalled.