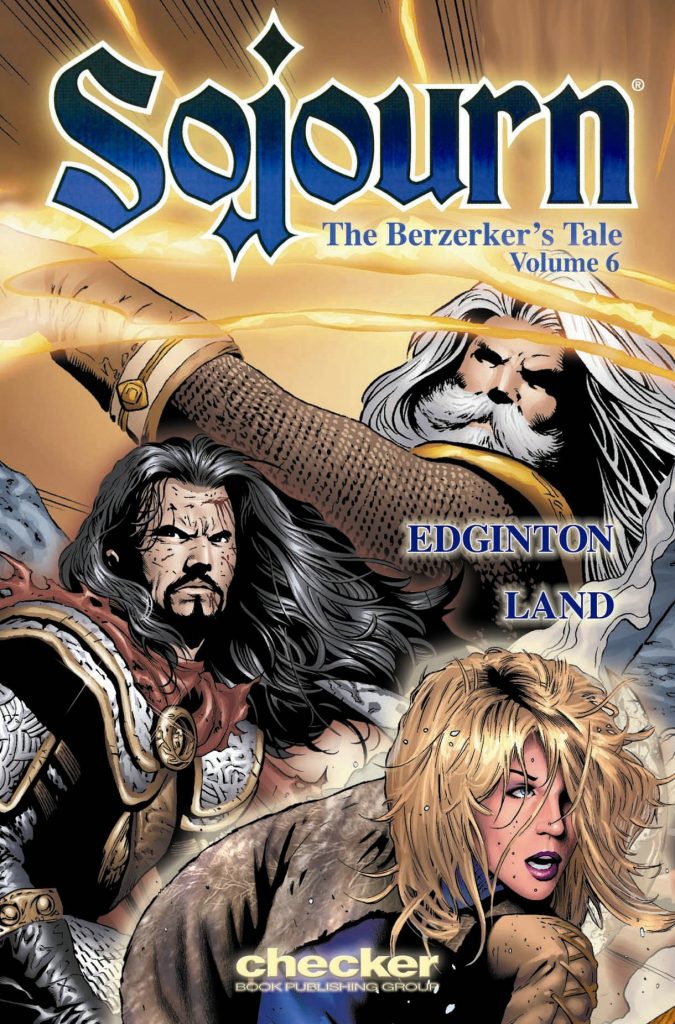 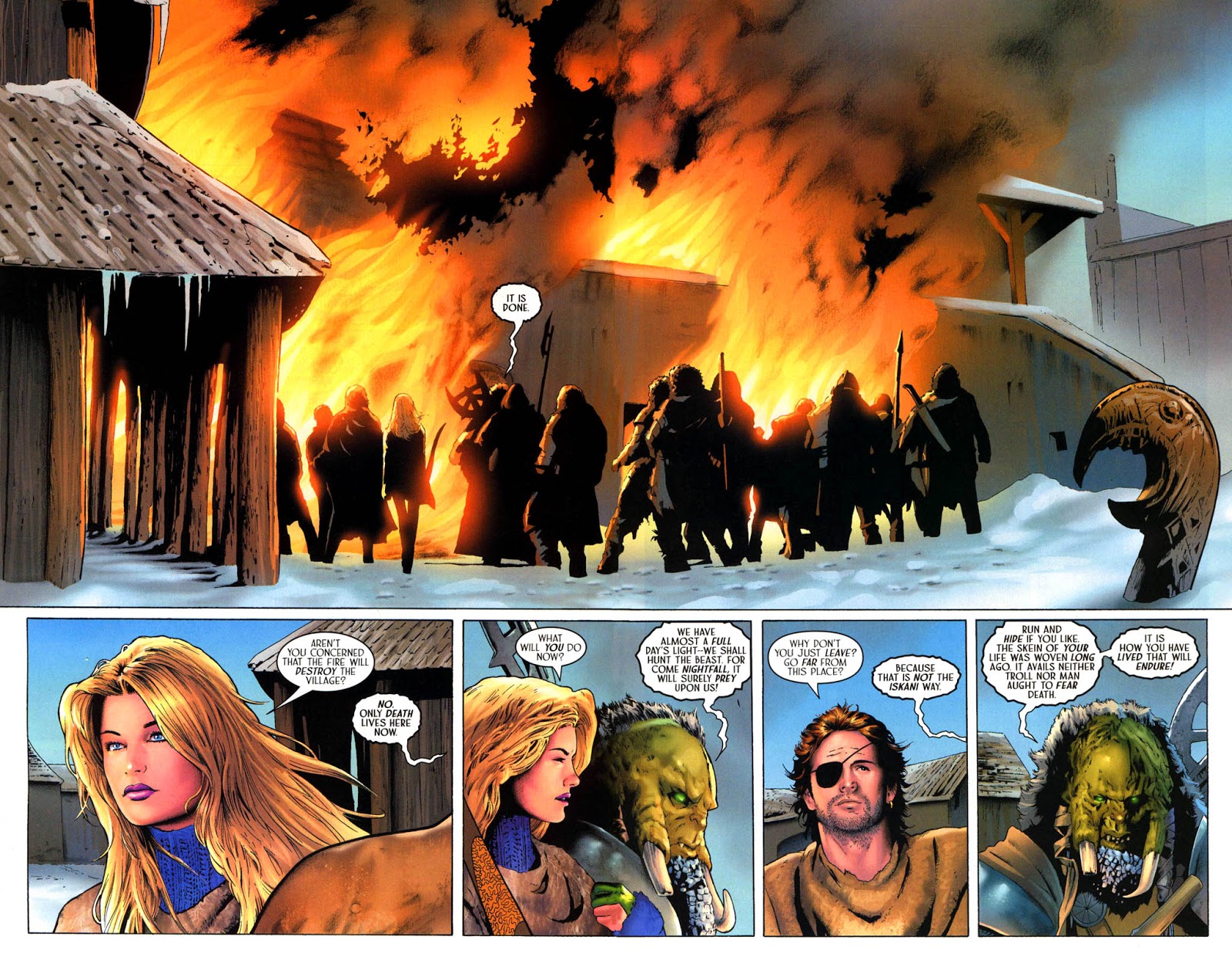 This is a slimmer volume than any previously, and the four new chapters are as far as Arwyn managed in her quest to reunite the five fragments of a legendary arrow. Eventually she’s defeated by a foe more powerful and all-encompassing than Mordath: cancellation. It still leaves time for one final adventure, that being Arywn journey’s to an ice-covered area of the Troll kingdom where a beast is on the loose.

Edginton uses that to explore more about the Trolls, to make an interesting reconfiguration of some information about Mordath long taken for granted, and add to what he’s already revealed about the Trolls in The Sorcerer’s Tale. The revelation requires a fearsome beast, and Greg Land’s creation is magnificent, a variation on a Yeti, and a beast that will not die. We can assume the same for Mordath, who brings Sojourn full circle, starring in the final new chapter, before the book closes by reprinting his almost all-conquering past, which opened Sojourn: From the Ashes. The three-part opening story hits the spot, while Mordath’s trip outside his castle, co-written by Chuck Dixon, is more ordinary, although featuring a great cliffhanger ending. Maybe Edginton or Dixon has revealed in an interview where they intended to head from there.

Sojourn was designed as a fantasy pot-boiler, five lands with five races and a quest ensuring Alwyn had to visit all, and on that basis it succeeds in keeping the pages turning. In Land there’s an artist with a great creative imagination and a work ethic, even if his copied expressions became ever more stiff. Sergio Cariello’s art for the final story is also very good, but in a far looser and flowing style than Land’s work. It might not have ever been completed, but with prices for used copies relatively cheap, anyone who enjoys a good fantasy yarn can’t go wrong with Sojourn.