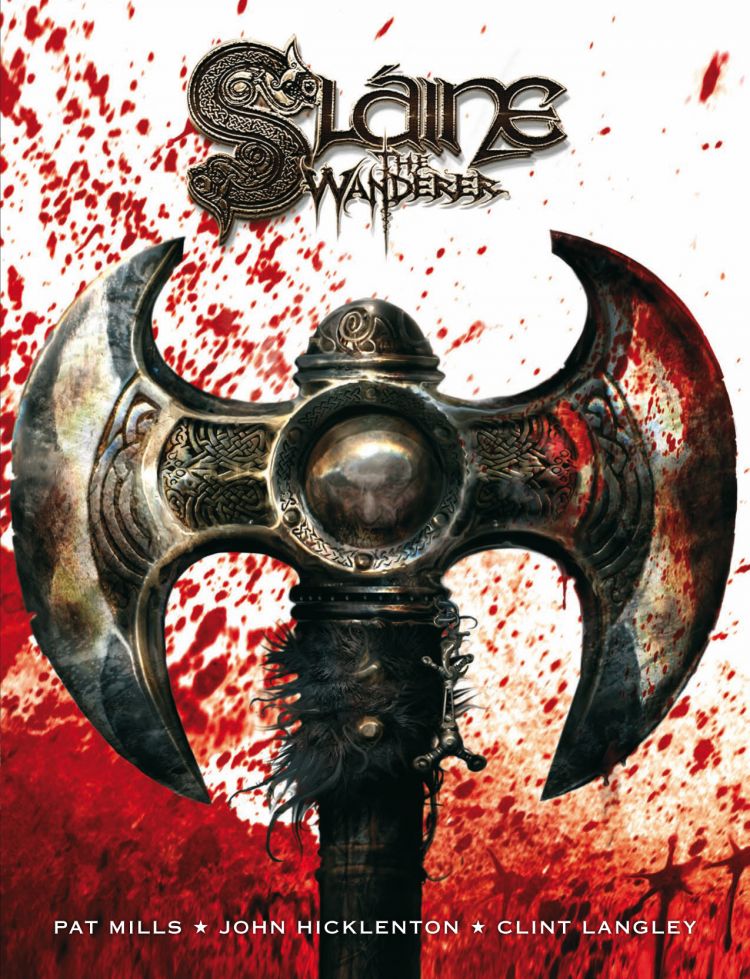 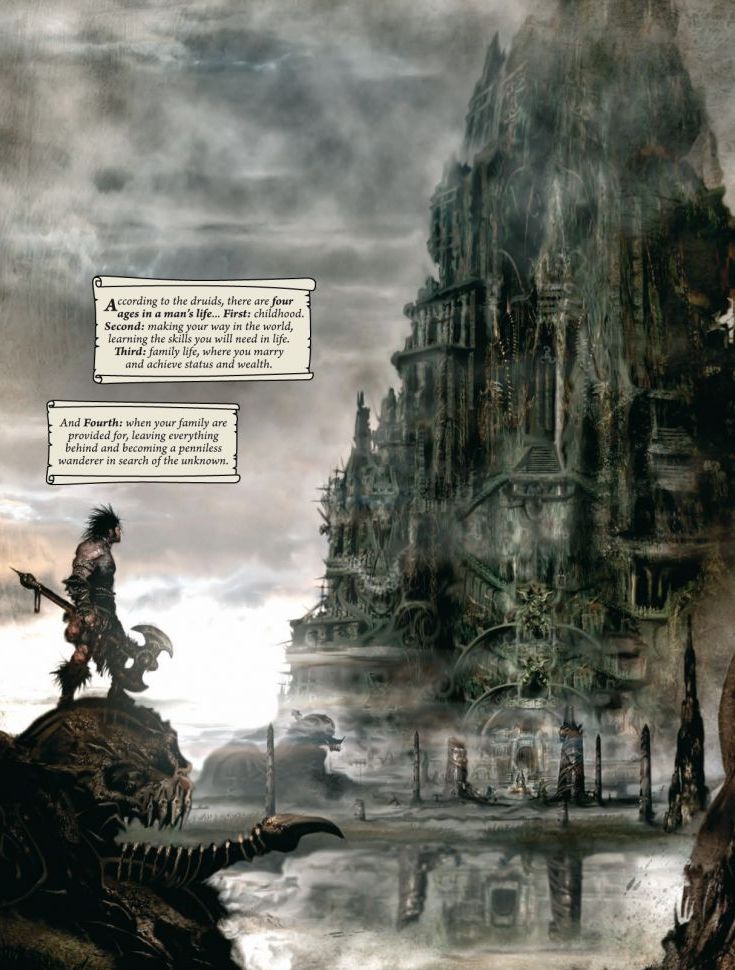 “According to the druids there are four ages in a man’s life… First: childhood. Second: making your way into the world, learning the skills you’ll need in life. Third: family life, where you marry and achieve status and wealth. And Fourth: when your family are provided for, leaving everything behind and becoming a penniless wanderer in search of the unknown.”

The Wanderer collects four short(ish) stories written by Pat Mills and illustrated by Clint Langley with featured art by the late John Hicklenton. Having just completed the intense epic The Books of Invasions Mills favours light-hearted and ridiculous plots redolent of Sláine’s earliest tales. He re-establishes Ukko the Dwarf, absent for most of Invasions, in his role as sidekick whose money-making schemes are a frequent source of trouble. Whether it’s converting an old  Cyth tower into luxury apartments (‘The Gong Beater’), convincing Sláine to bail him out of an idea gone bad (‘The Smuggler’) or become his partner in an untapped yet lucrative market (‘The Exorcist’), the change of pace is welcome right up to closing tale ‘The Mercenary’. It’s wild violence and there’s that old irreverent streak of humour throughout. It reminds you how funny Sláine can be with the additional cameos of old fan favourites, the druidess Nest and Sláine’s arch-nemesis the Guledig, most welcome.

It is safe to say that most of these stories are scripted in a way that lets Clint Langley unleash his artistic wizardry. Effortlessly versatile, he can fill a strip of panels with remarkable detail or let a setting sweep the page, swathes of dark shade foreboding before bursting out with sharp splashes of colour. For all that, it seems Langley is exhausted after the mammoth efforts of illustrating The Books of Invasions. His art is not to the same standard as that saga, taking a while to warm up and lacking the fervour it’s usually saturated with. Even the Fomorians, creatures he usually illustrates with great zest, look lacklustre. His portrayals of Ukko and the Guledig are equally uninspiring, looking very much a straight copy of other artist’s interpretations, though a strong argument can be made based on previous efforts that neither character features high on his list of favourites. His rendering of Nest on the other hand is pretty darn good, which suggests that Langley loves a human character he can re-imagine.

Any reader hoping that Sláine the Wanderer will match the heights of The Books of Invasions is going to be disappointed. Langley himself would later admit disappointment about the quality of his work here, but while it doesn’t match earlier efforts, don’t be deceived into thinking this is poor. It’s fun and funny, Mills’ sage-like approach to exploring the next chapter of Sláine’s saga very interesting and when Langley gets going the art can still blow you away. There’s also John Hicklenton’s wonderful artwork acting as covers of a sort for each chapter. Breathtaking and astounding are two of many words you could use to describe his work which leaves you dreaming of what his take on Sláine might have looked like.

The next volume features the return of some old faces, in more ways than one, in Sláine: The Book of Scars. 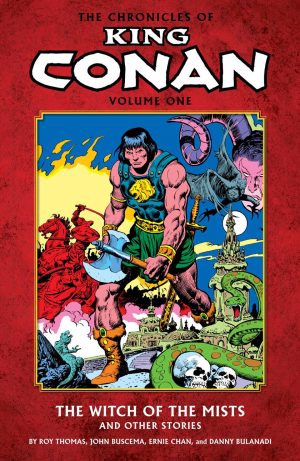 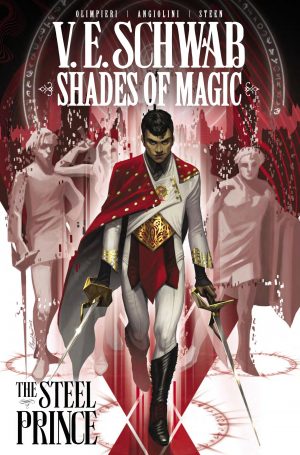