Sláine: The Book of Scars 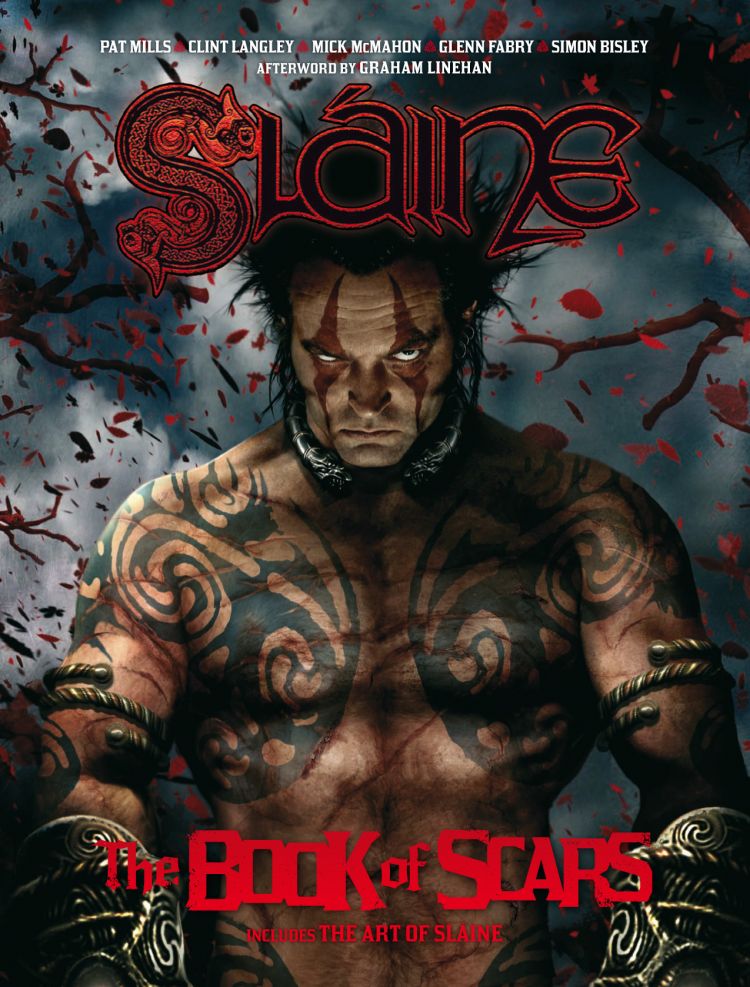 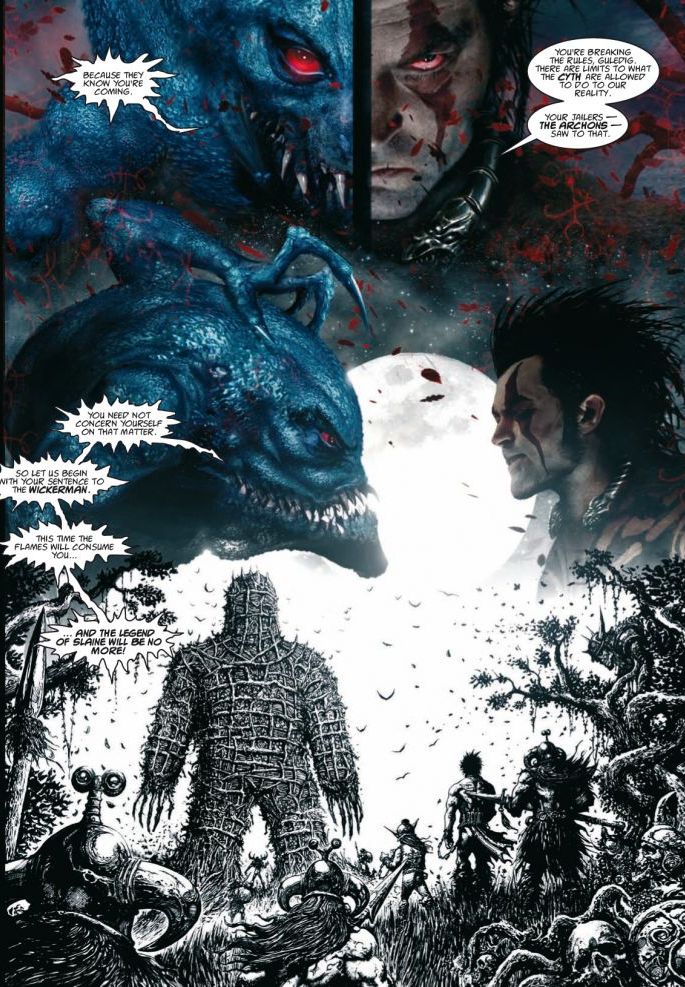 The Book of Scars was released in 2014 to coincide with Sláine’s 30th anniversary, and what better way to commemorate than to invite back some of the series’ most influential artist? Picture it: Mike McMahon, Clint Langley, Glenn Fabry and Simon Bisley, not only contributors to the best Sláine stories but also among the most influential stories in 2000AD and British comics, back working on a series they cut their teeth on. It is an idea to salivate over but the question, of course, is whether it will meet everyone’s expectations?

The title comes from a comment Sláine’s lover makes when she sees the many marks left by old wounds, like his own personal Book of Scars. Shortly afterwards he is visited by old enemy the Guledig, Lord of the Cythron. Sick of the many legends and stories surrounding Sláine, thanks to Ukko, he flings Sláine into the vortex of time to revisit his greatest victories. Except this time his enemies know he is coming.

It’s a nice idea to revisit some of Sláine’s iconic moments with the illustrators who defined both those moments and the character. However, as creator Pat Mills can do what he likes, it isn’t without risks. When McMahon drew ‘Sky Chariots’ his unique style blew reader’s minds. Likewise for Glenn Fabry’s work on ‘Time Killer’ and Bisley’s spell-binding ‘The Horned God’. They were highly influential, but is it wise to tamper with something that still works and is held in high regard by the fans?

Maybe it isn’t but The Book of Scars is a tribute to Sláine’s legacy, so don’t pick this up hoping to recapture the wonder of your youth. Frankly, you will be disappointed. McMahon’s style has changed considerably over the years, while Bisley’s paints are still a marvel of colour and texture, but some new ideas clash. Of course, there is still plenty to impress. Fabry’s stripped-down approach makes the story and cast more engaging than they were in the original and Langley’s tribute to the late Massimo Belardinelli’s iconic ‘Beast in the Broch’ is superb! Take a look at the sample art for just a glimpse of what to expect from Langley.

The biggest section of the book is dedicated to ‘The Art of Sláine’, which collects the different covers produced over the years. The featured artists are represented alongside others including Sláine co-creator Angie Kincaid and Belardinelli, making for a plethora of fantastic work on display. Some artists never contributed interior work and the efforts of Cam Kennedy, Robin Smith and Jason Brashill make you consider possibilities that will likely never be. Accompanying the illustrations are interesting notes by Pat Mills, Clint Langley, Garth Ennis, Jock and Steve McManus that add flavour to the series’ history.

Truth be told The Book of Scars is more suited for the lifelong Sláine fan, not the average reader. You have to know the stories to really appreciate the rev isions or you’ll likely miss the context. It also isn’t necessary to read this either, as it has little carryover into the next series and so matters little chronologically. It is, as has been said, a tribute to an influential saga, but not a continuation of it. Mills had already begun working on a series reboot with artist Simon Davis, a new lengthy saga collected as Sláine: The Brutania Chronicles. 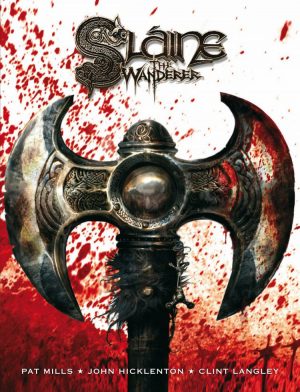