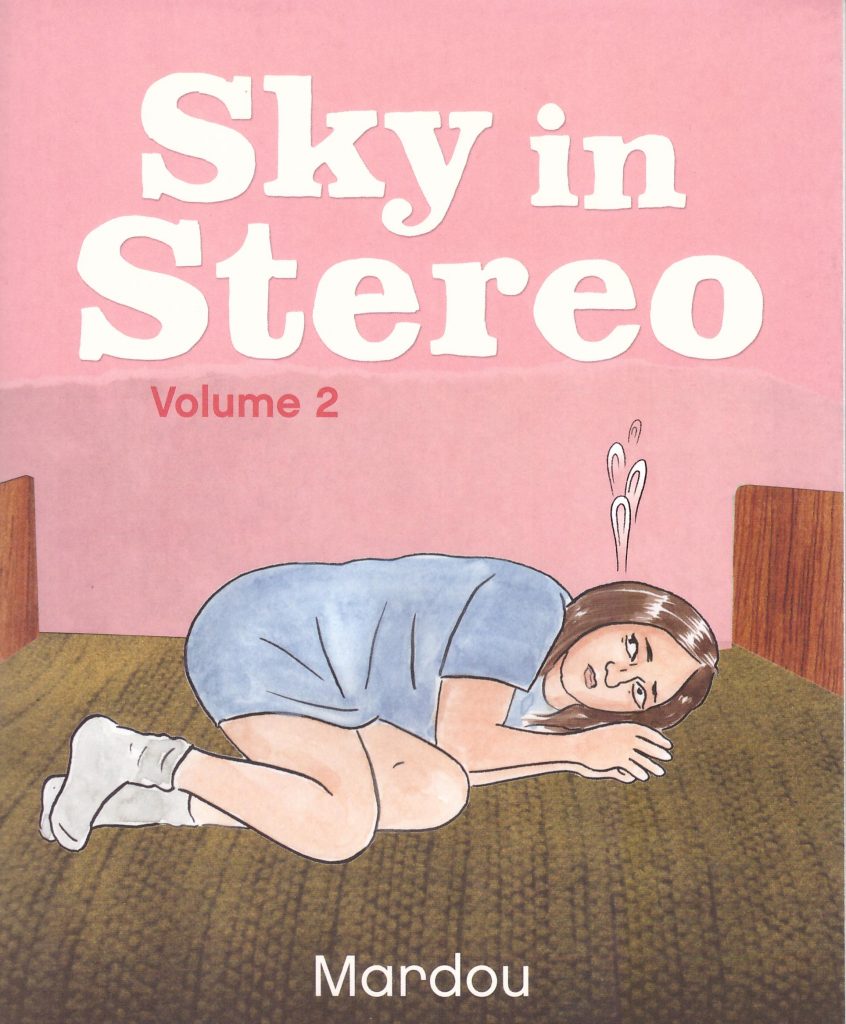 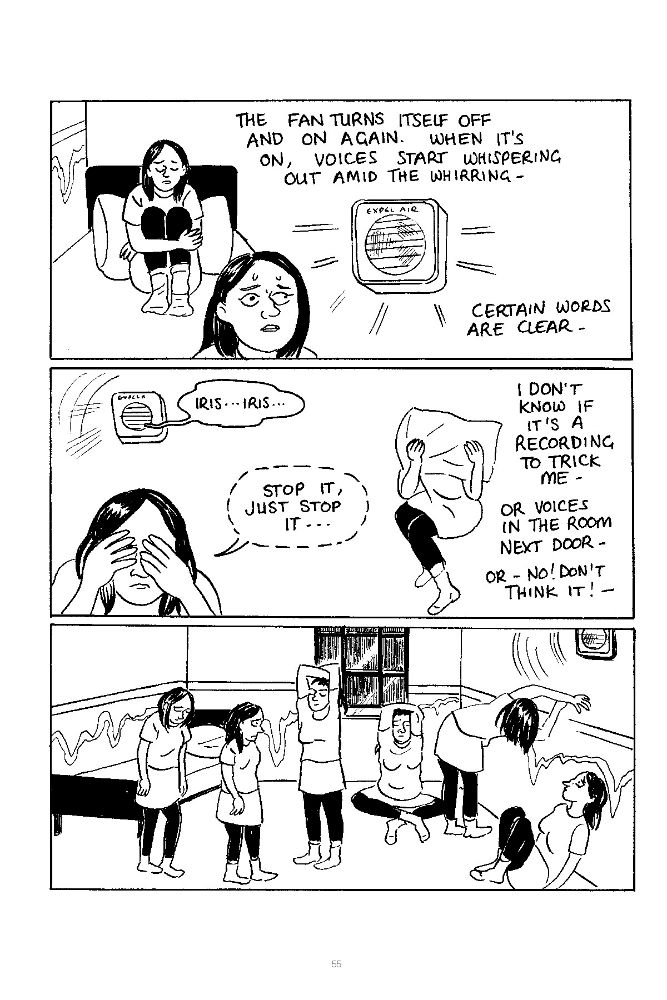 Mardou’s presentation of seventeen year old Iris in the first Sky in Stereo was a triumphant validation of comics as an artform. Thoughtful writing and subtle art combined so well that it’s a long time before we realise what a lost soul Iris has become. The same senstivity, keen observation and well rounded characterisations apply to this conclusion.

Iris was left in a bad place, still tripping several days after dropping acid, believing she’s having new insights into the world, while her parents may have their deficiencies, but are concerned and have had her picked up by the police. This is 1990s Manchester, and while the first book was the actions, we now have the consequences. The opening chapter is distressing. We’ve come to like Iris, and because she’s still unable to see the world as it is she’s sectioned for six months.

Having Iris confined reduces the storytelling options for Mardou. This is still very well produced, but there’s little variation in tone. As this is a reflection of Iris’ circumstances, it’s hardly a flaw, but a different experience from the first volume. Most of the book is spent with Iris remaining in a psychiatric institute, and while there are distressing moments, Mardou spares us the full experience of all patients with mental illnesses confined to the same ward, the more aggressive intimidating others by their presence. Otherwise she’s diligent in recounting the processes endured by someone in order to offer the best chance of recovery, and how seductive the alternative seems. Mental health treatment is still very much a matter of trial and error, and in the 1990s even less was understood. Brief horror is introduced at a blind faith in chemicals, and that if there are side effects then adding more chemicals to the cocktail will sort them out.

While non-judgemental, there are going to be people reading Sky in Stereo who can look back and think “there but for the grace of God…”. It’s a powerful story cleverly presenting a sympathetic, yet here sometimes deluded lead character whose problems are relevant and relatable, never straying from harsh realities. The final twenty pages preview Mardou’s next project Strange Kind of Love, intended for publication in 2021. 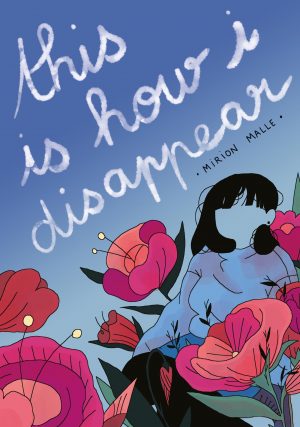