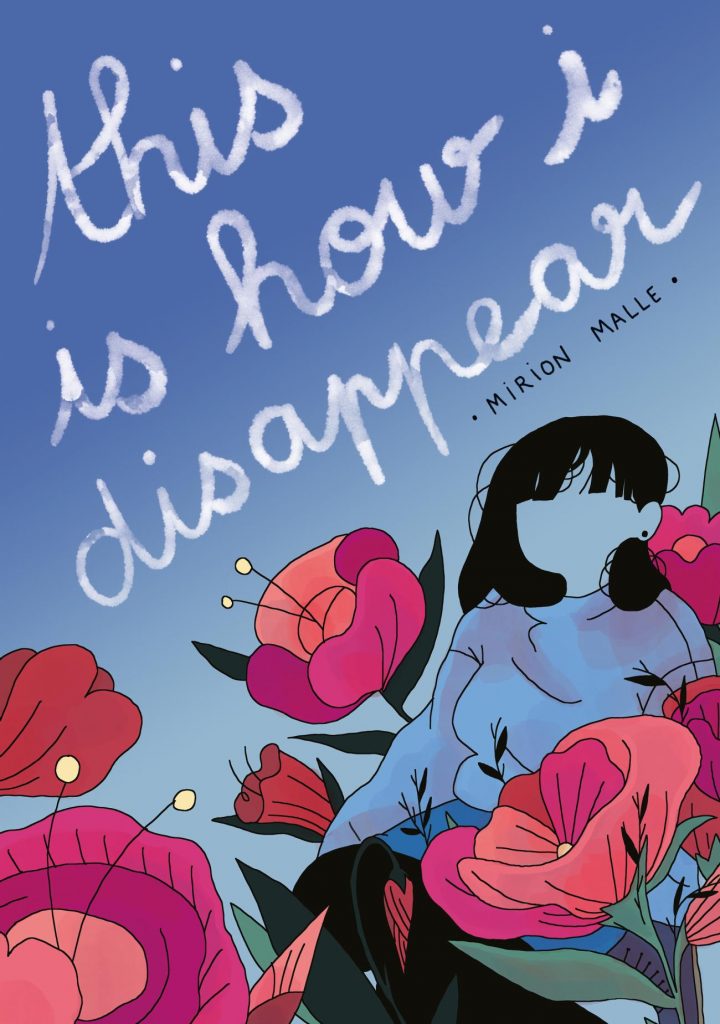 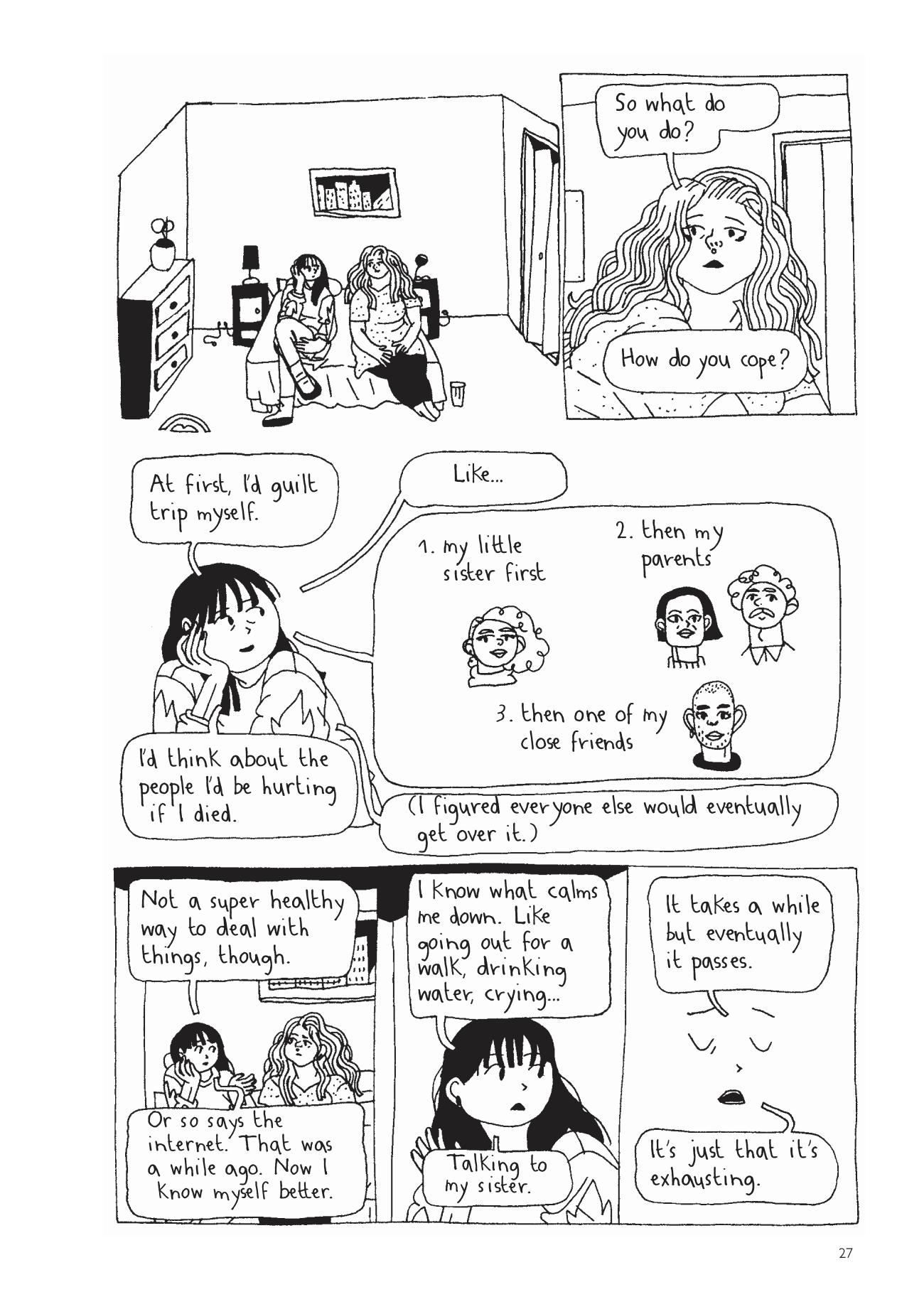 This is How I Disappear is a powerful chronicle of symptoms all too common among young people in the early 21st century, yet seemingly ones never entirely understood, nor adequately dealt with.

To all intents and purposes Clara is happy and successful. She has a wide circle of friends, is near to completing a second book, and has just begun a new publishing job, yet she’s also been seeing a therapist after bouts of depression during which she’s considered suicide, and has suffered from amnesia. One of her friends has panic attacks caused by messages from a brief fling who won’t accept rejection.

Mirion Malle takes the time to build up the considerate and friendly Clara before showing us how she is alone, and it supplies new meaning to what previously seemed dark phrases casually tossed into conversations. “Most days I really don’t want to be alive”, is one, and the purpose of the subsequent scenes is surely to make readers consider the occasions when they might not have picked up signals, or chosen to ignore them. More obviously Malle highlights the pressures people are placed under in a working environment, when there’s no realisation that there aren’t enough hours in the day to complete all demanded tasks. Messaging and social media feature heavily, and other frustrations accumulate for Clara until breaking point is reached.

Although the simplicity of Malle’s art makes it look otherwise, This is How I Disappear is a very complex book. It’s possible to read it and see Clara as hyper self-aware, blocking off friends who do care because they’re not asking in the right way and without that acute awareness added to her work problems they wouldn’t seem as bad. A variation on that theme occurs as an online message, and is ignorance about how depressives feel the world. They need someone to listen properly. We never truly know what’s going on in someone else’s life, and Malle is asking us to pay attention.

In some places this spills over into lecturing, the needed information clumsily supplied. In others important advice is subtly slotted into messages responding to online topics, or into the notes Clara compulsively keeps on her phone, or into the developing poems she’s trying to write. Because this is a story, there is a revelation, the spiralling disintegration a cycle with a root cause, something Clara has never come to terms with. That’s also a powerful moment.

Everything feels very personal, and considering the confessional narrative the hope is obviously that this isn’t the case, yet it’s likely most women have experienced some of the demeaning circumstances detailed. Too much of our media idealises and pressurises, and This is How I Disappear can be seen as equal and opposite reaction to the early 21st century trivialisation of Sex in the City. It’s not cheerful reading, but we can all learn from it.