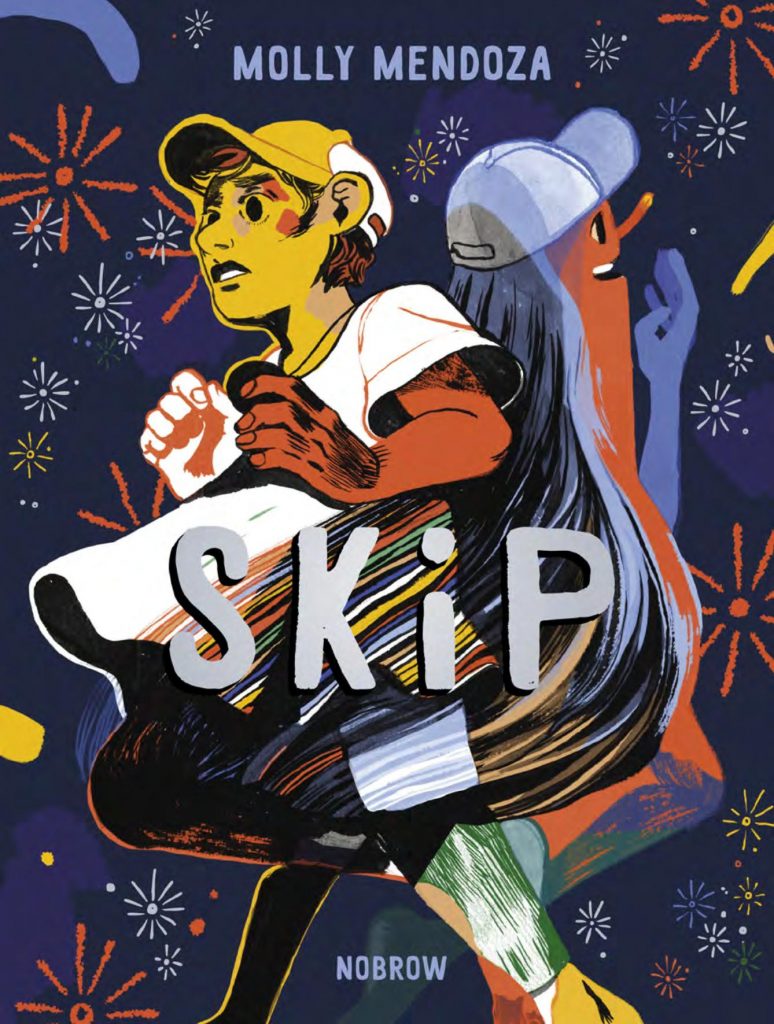 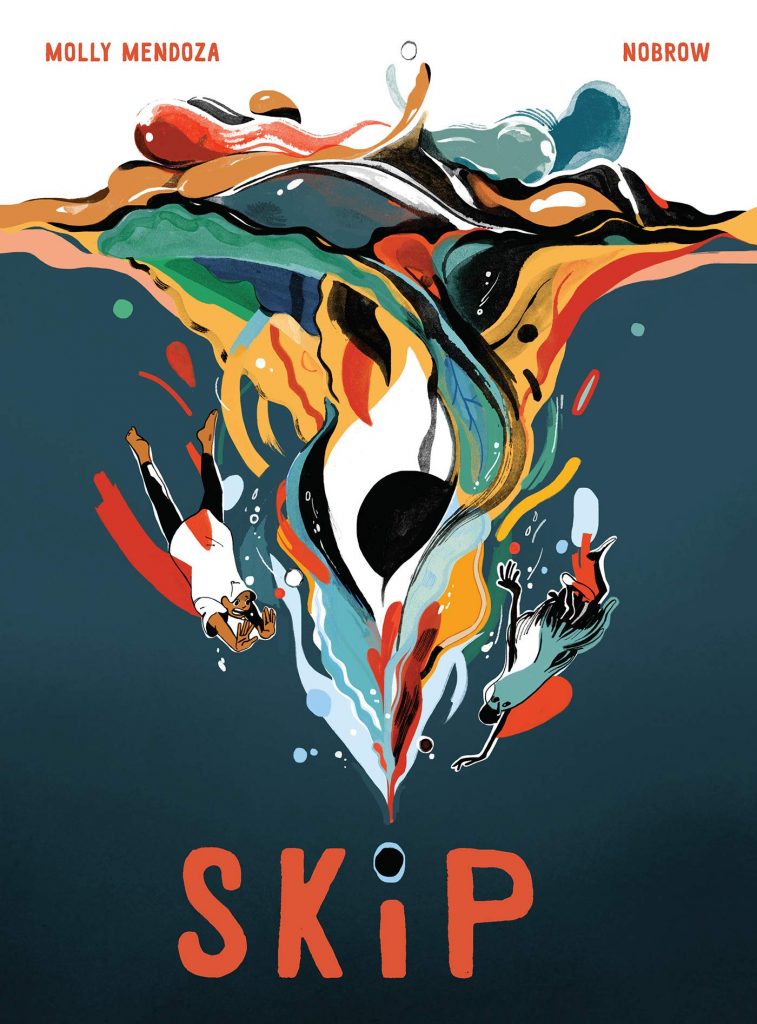 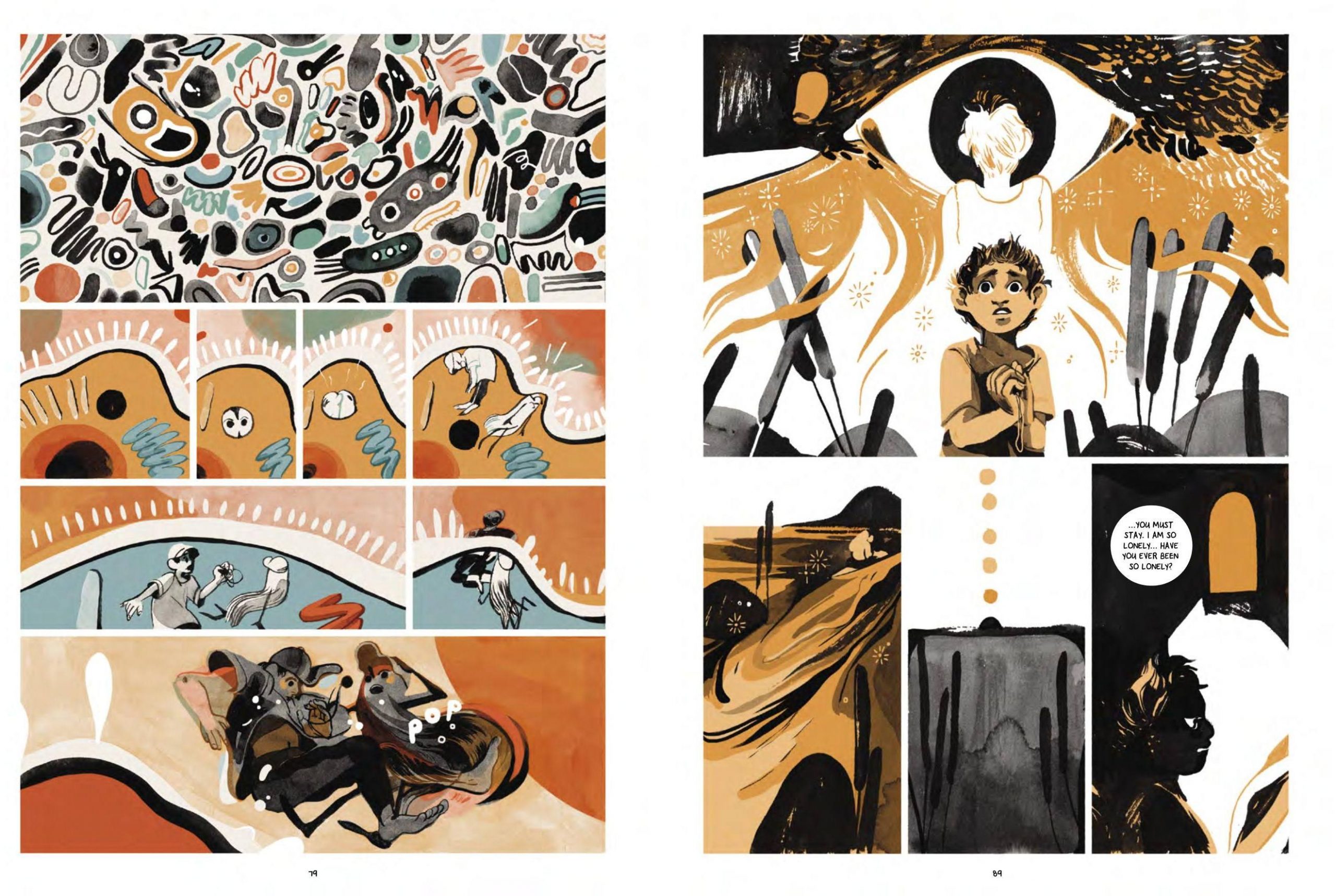 It’s the riot of abstracted colour and shapes that first strikes about Skip. Molly Mendoza uses blobs, strokes, splodges and ripples of colour, with the effect at times being the impression of the colours flowing before your eyes. It’s unlike anything else you’ll have seen in comics, which makes for an impressive start, and Mendoza then incorporates the effects into surreal events, such as items and paint dripping off a painting or cubist transformations.

All this is possible because Bloom is dropping through different worlds. A deliberately gender neutral protagonist, they’ve spent their life isolated in a place where civilisation is dangerous, subsisting on what nature provides. However, when their protector goes missing, Bloom begins a journey through the rabbit hole, picking up companion Gloopy, a sort of living grass creature. Although Bloom’s aim is to return home, the plot such as it is consists of Menzoza, throwing them and Gloopy into one disorienting scenario after another, only ever confined by her visual imagination.

That visual imagination is immense, but it also makes Skip something to be read in small portions as each visual treat repeats the same basic pattern of threat, fear, rescue and a jolt onwards. It’s prompted by emotional resonance, the bond between Bloom and Gloopy becoming ever stronger as each recognises the other as the only permanence in an ever shifting reality. There is a beginning, a pair in fact, and reflecting that also two endings, but in between Skip never transcends it just being a vehicle for Mendoza’s vivid illustrative skills. As these are stunning, it carries the graphic novel a long way, but readers are less likely to find complete satisfaction. 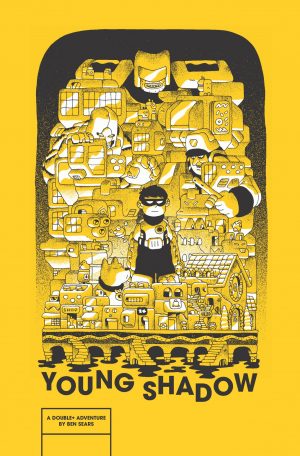