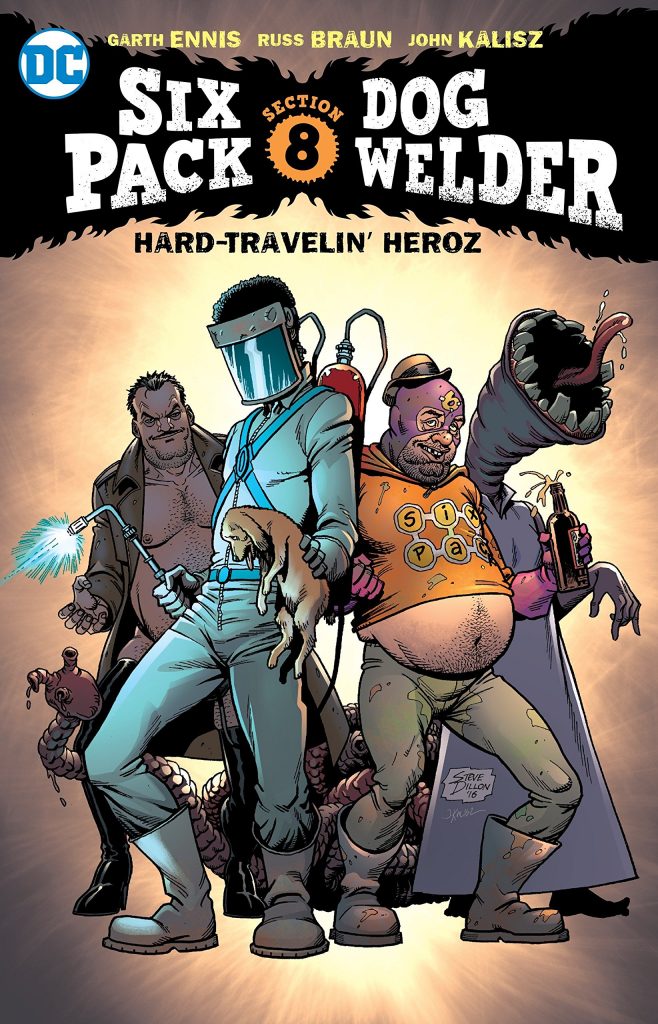 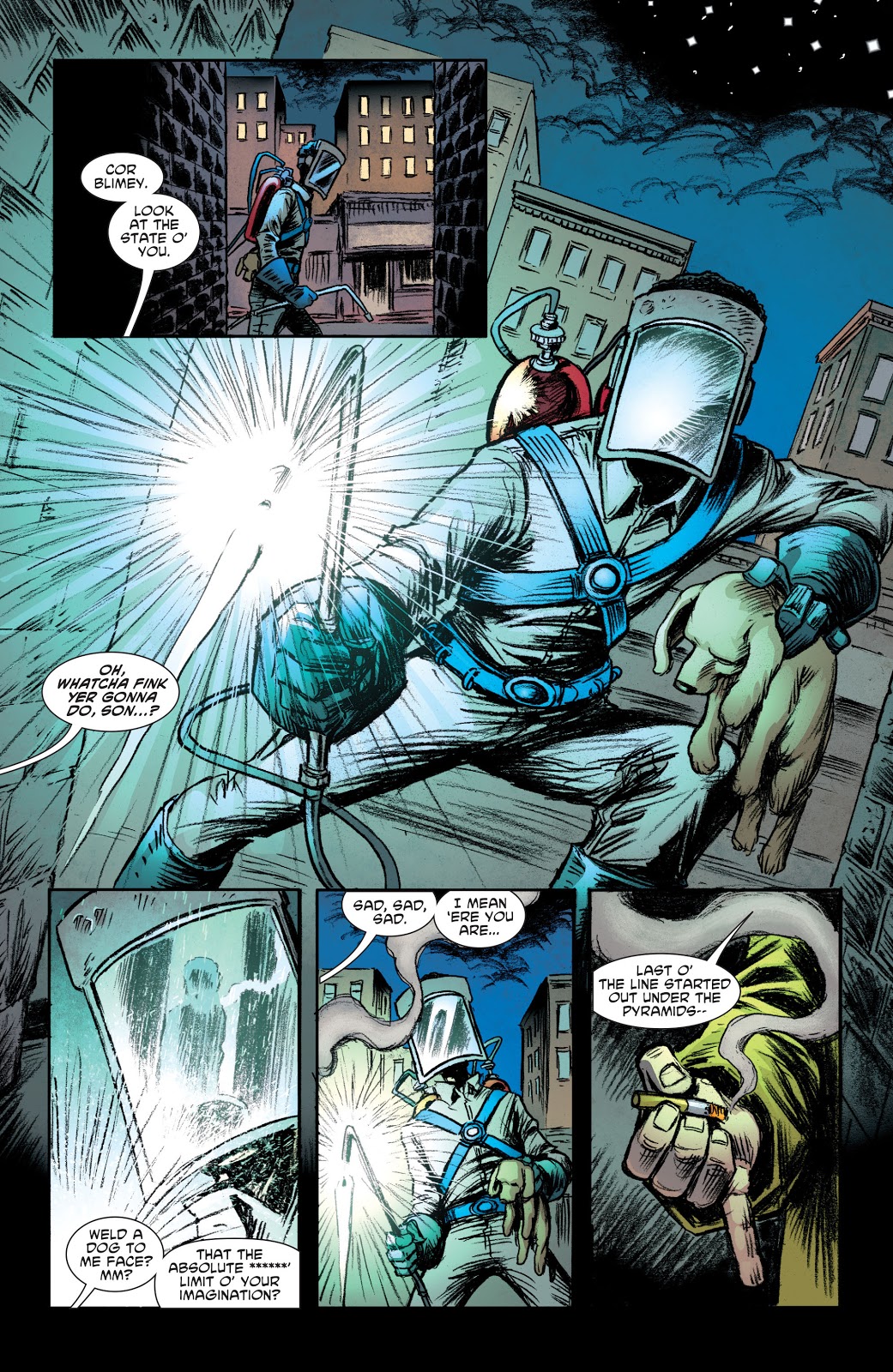 Section Eight’s final outing in Hitman left the team short a few members, and not everyone who took their place in All–Star Section Eight lasted the course, so team leader Sixpack needs some more replacements. The biggest loss, though, is John McCrea, artist of every meaningful appearance of Section Eight to date. It’s not that Russ Braun’s a poor artist, but his style is too clean for the sordid people that Section Eight are and the scuzzy locations they inhabit. When the story moves away from that and Section Eight are more in the background, then Braun’s very good.

According to stories Garth Ennis has told at conventions, Dogwelder’s true origin is a moment of inspiration from Steve Dillon as the most ridiculous comic character ever conceived. What could be sillier than a person who welds dogs to people? However, it turns out there’s far more to Dogwelder than we’ve known, and it takes John Constantine, a character with whom Ennis has considerable previous experience, to let him know that. “You listenin’, Chief? You remember I told you I’d show you wot was wot”, says Constantine in an over the top Mockney accent that would shame even Guy Ritchie, “Well it’s time for the big reveal, old son”. It turns out there is something more ridiculous than Dogwelder, and it’s his being the latest in a line of legacy Dogwelders stretching all the way back to ancient Egypt. And it becomes sillier still.

Ennis satirises DC’s constant continuity reboots, provides a good Spartacus moment to dumbfound the Spectre, and takes Constantine so far over the top it’s like Carry on Constantine, but while not expecting Dogwelder’s story to be Shakespearean tragedy, it’s all a bit too easy for Ennis. He throws in a few previously unconnected dog-related references, and some obvious jokes, and goes for bathos by having the most useless super team in the world take on an impossible mission well beyond their capabilities during which the entire universe is at risk. It’s Ennis, so it’s still of a standard, but it was never going to win an Eisner Award. 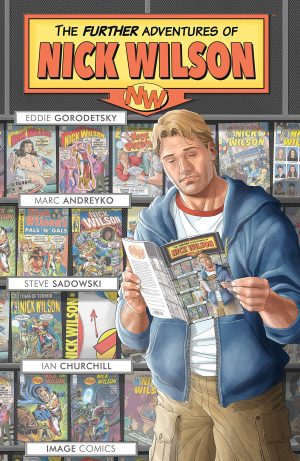 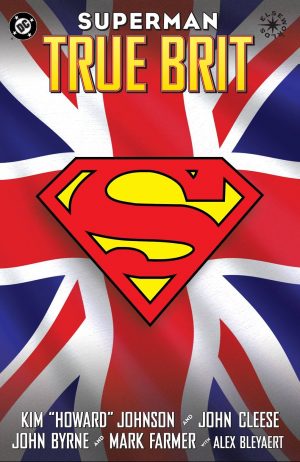