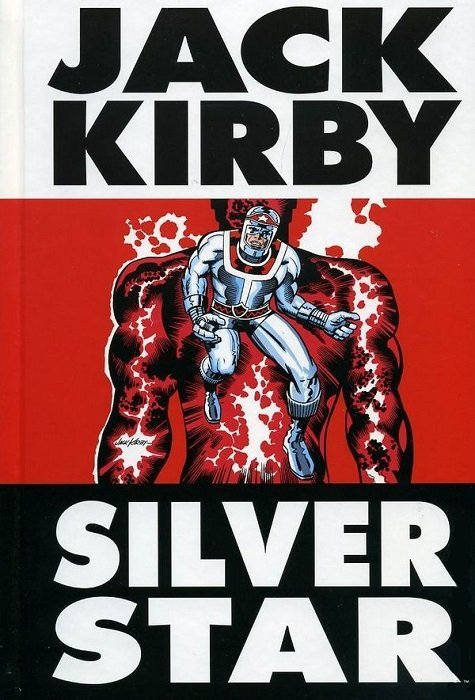 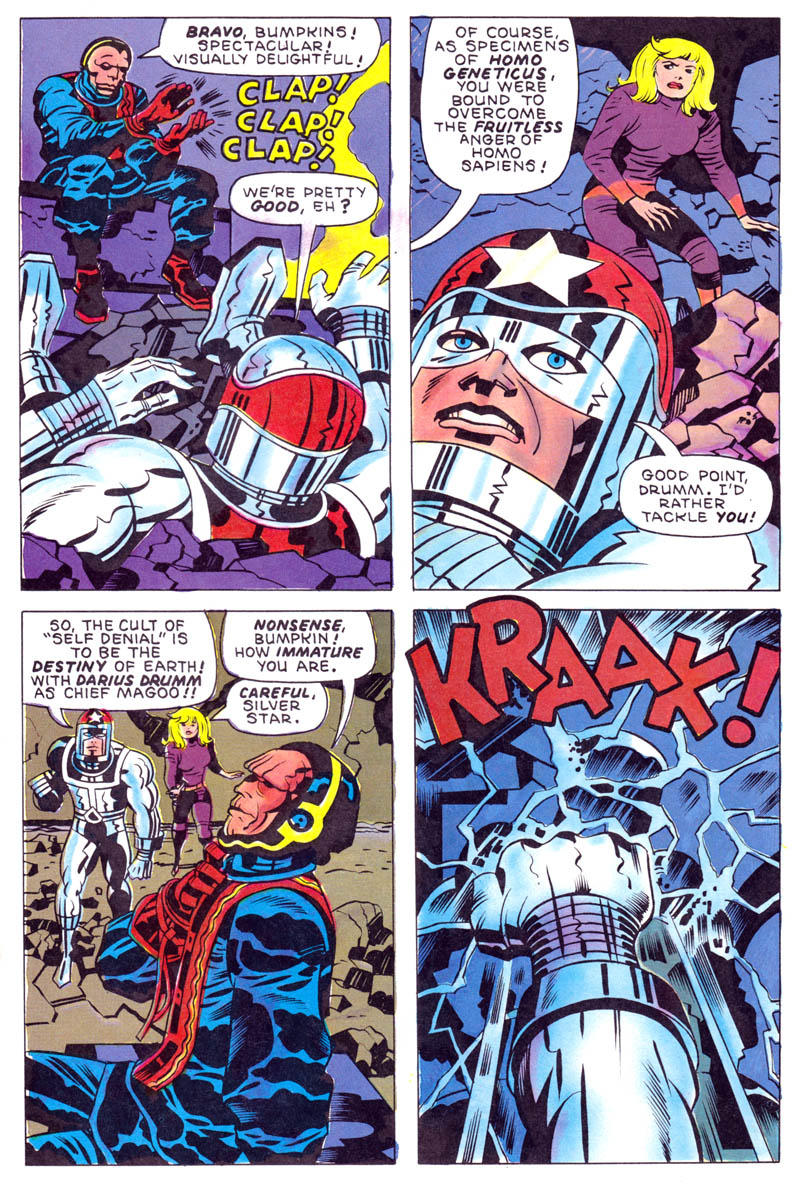 The era of comic shops able to sustain titles distributed exclusively to them arrived just too late for Jack Kirby. Decades of one fantastic creation after another had fed the readers who frequented the comic shops, but by the time they arrived, Kirby was no longer at his best. When offered a chance to produce his own independent series he recycled a screenplay from 1977.

Soldier Morgan Miller is superhuman due to his father’s genetic experimentation, designed to survive atomic warfare and able to warp reality through the strength of his mind alone. He wears a metallic silver suit when on military missions, but far greater are the threats he faces in the mindscape originated by Darius Drumm. The irony is Drumm was also created by Miller’s father, recipient of the same genetic implanting.

Kirby was always very forward thinking, seizing on then new ideas and extrapolating them for his stories, and that’s the pattern for Silver Star. The difference between this and almost all of his other work, though, is the absence of any editor. In one sense it’s pure Kirby and the concepts are enthusiastically laid out, but Kirby is no longer able to channel his creativity effectively, so despite all the expository dialogue Silver Star is an energy rush without foundations. The art has its moments, but is far from Kirby’s peak and in places toward the end it’s crude, and the people still look like they’re in the 1960s, not the 1980s. There’s no deterioration to Kirby’s imagination, though, and the big spreads still impress, but at the cost of needing several pages of small panels densely packed with dialogue explaining the plot.

It’s difficult to get to the bottom of that plot. Silver Star and Darius Drumm aren’t the only genetically altered humans, and after the opening chapter there’s a race to awaken the others and have them choose between two opposing visions for the world of the future. After much emoting and crowing Drumm eventually unleashes his master plan, but has he over-reached himself? The solution is actually neat, but only the really committed are going to make it that far. 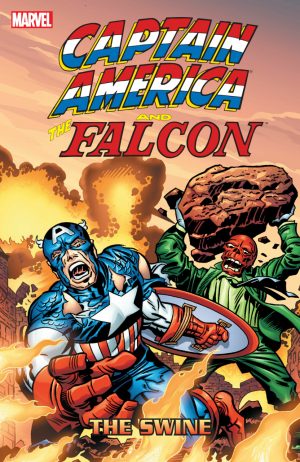