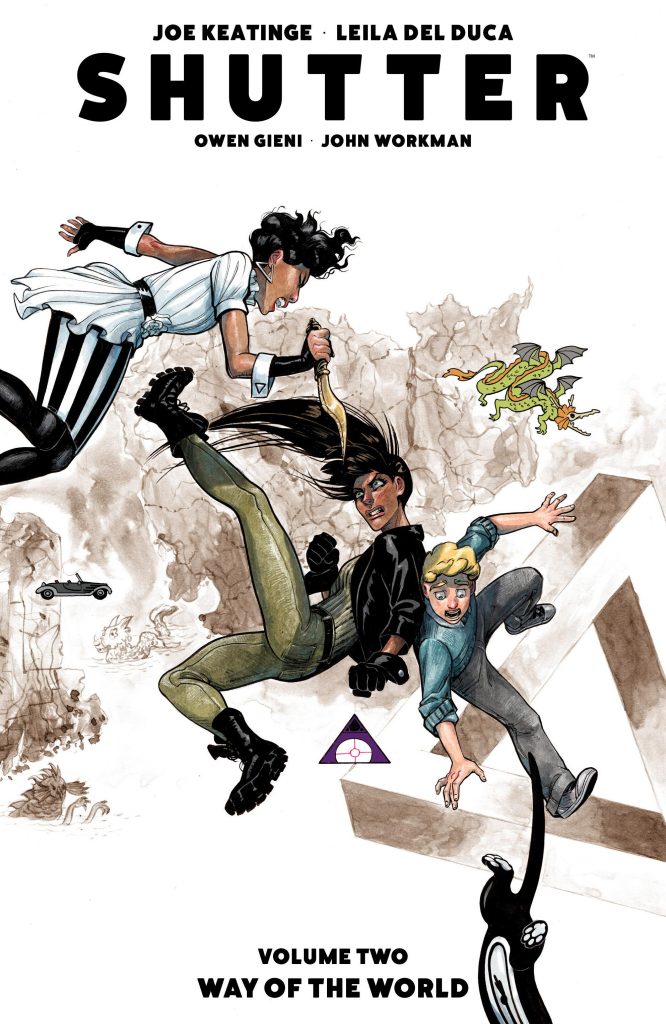 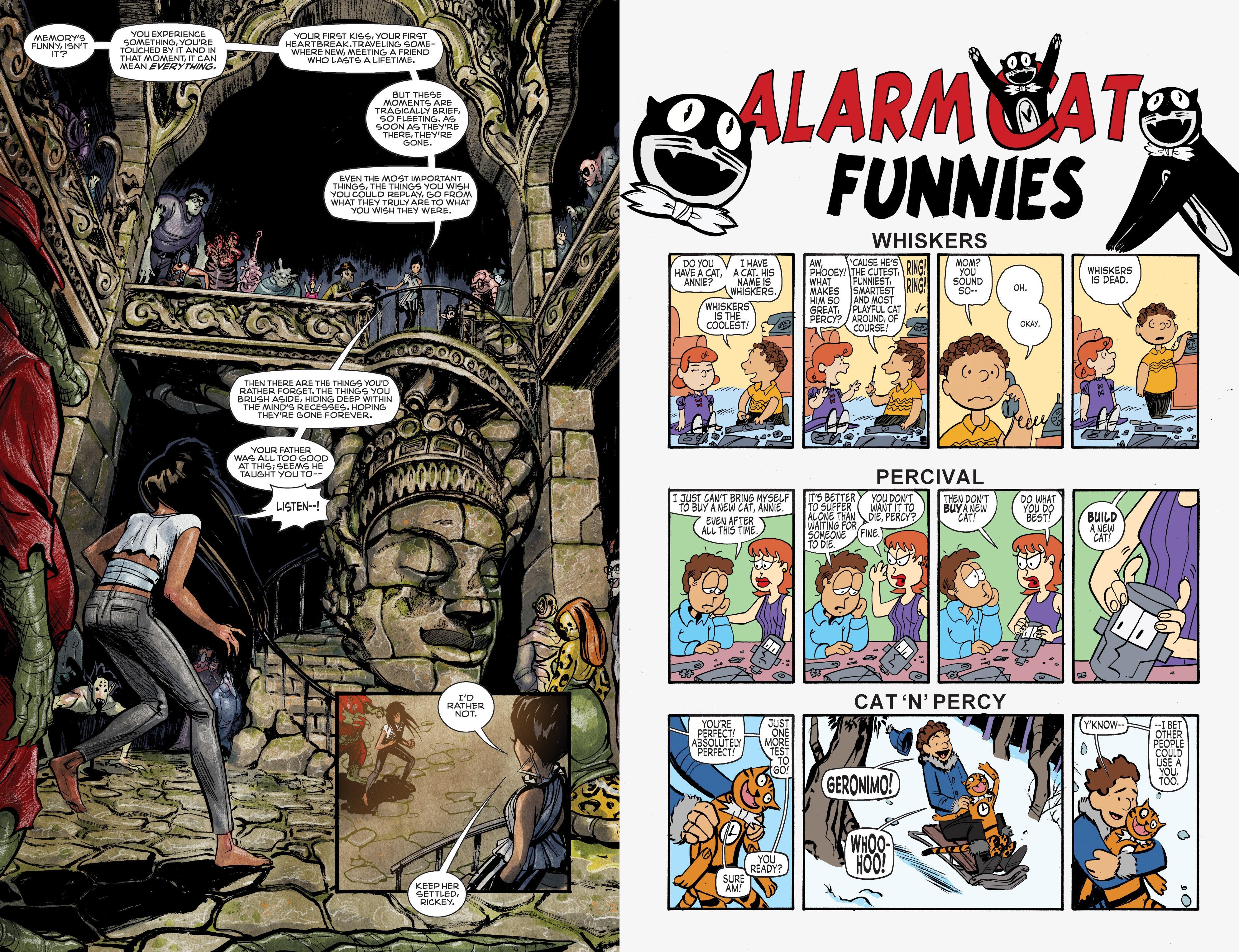 Kate Kristopher has always been aware she had a legacy, but it’s only at the age of 27, ten years after her father died, that she’s become aware that the legacy consists of far more than she knew. It’s shared by the younger brother she’s just met, not yet nine, that in itself opening up a whole barrel of questions. That was all explained in Wanderlost, in which Kate and her brother escaped the attentions of some very nasty creatures sent by other siblings Kate was also unaware of. However, it was a case of out of the frying pan into the fire, as a giant dragon manifested above them.

Joe Keatinge follows up on that directly, but in an interesting way, contrasting what constitutes a crisis for one person with the slightly more devastating consideration of what’s a crisis for another. There are several other clever storytelling devices on offer: the origin of cute supporting character Alarm Cat told in the form of several different daily newspaper strip pastiches; Kate alone with herself; the way Julius Caesar is chillingly dissected and more.

This all needs a very adaptable artist, and while there’s never been any doubt about basic talent and a phenomenal design sense, the jury was still out on Leila del Duca’s storytelling skills. These pages are a significant improvement, excising all the clutter that in places prevented the story shining through in Wanderlost. Her loose and flowing figures resonate here, and symbolism appears to be playing a part, so del Duca scatters some of her spreads with arcane objects, and that designer’s talent has an even greater opportunity to impress.

Wanderlost was one angry learning curve for Kate, if not always satisfying as such for readers, but with Way of the World Keatinge finally starts his real story. As might have been expected, it seems as if everything Kate believed about her world, her family and her way of life stands revealed as a fraudulent fantasy, the love lavished on her in direct disproportion to the consequences elsewhere. It’s part of the process of opening the story up. We’re not shown everything, and Kate isn’t told everything, that leading to a cheap story device where her ignorance endangers her. However, much of what Keating and del Duca create here is built on what we’ve seen, misreadings on Kate’s part, and it’s clever. Kate is also developed, fallible and sometimes wrong, but also more than capable of adapting to where her mistakes lead.

Where they lead is to the centre of everything, and wherever you considered Way of the World might be going, you’ll be surprised. It delivers where Wanderlost ground on, and there’s a far surer touch once we know the background. It took longer than it should have done, but Shutter is shaping up nicely. It continues with Quo Vadis.