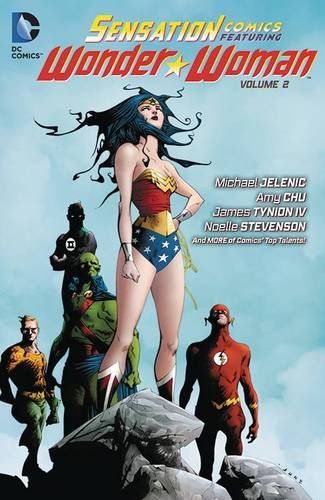 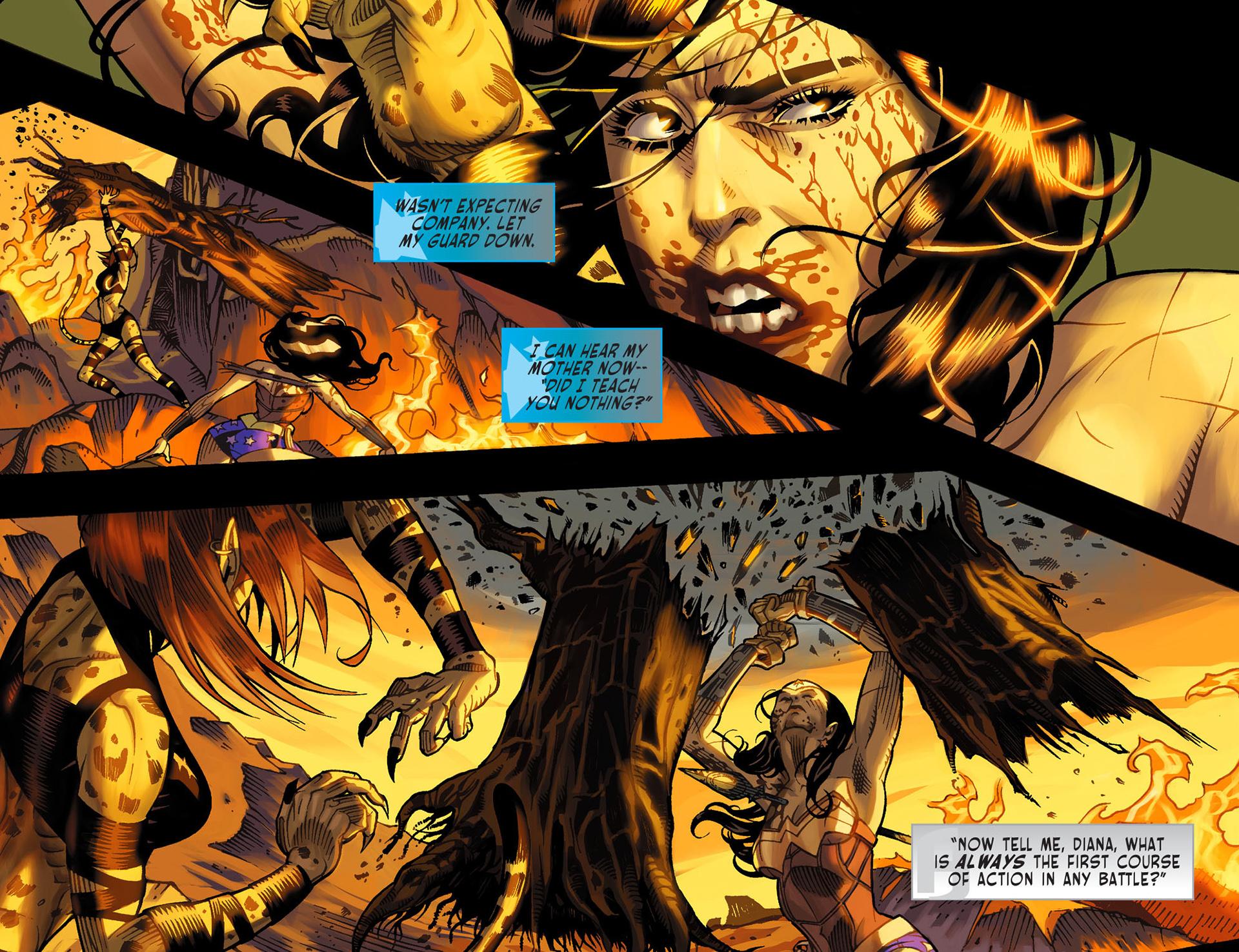 The stories featured in this series began life commissioned for DC’s website before transferring to print, and this second paperback collection isn’t as adventurous or satisfying as the first. That featured a variety of moods and approaches, whereas straight superhero Wonder Woman or light comedy Wonder Woman are the default settings for almost all the material here.

Decent art goes a long way to compensating for scripts lacking any real spark, but some struggle to hold the attention when the art is poor. Few contributions feature both above average art and plot. Mike Jelenic sends Wonder Woman on a quest to obtain a unique birthday present for her mother. Drew Johnson’s fine superhero art (sample page) is exemplary and the strength of the plot is how Jelenic switches back and forth between Wonder Woman as a child and the practical application of the lessons she learned then. Those lessons are something we could also take on board. That approach is later echoed by James Tynion IV. It’s not as good, but the flat, pedestrian cartooning of Noelle Stevenson drags it further down.

Moving back up the quality scale, we have Lauren Beukes’ charming story. Stick with it, as it’s not the simplistic effort it first seems, and kudos to Mike Maihack for being able to vary his art for the story’s requirements. Also worth mentioning is Sara Ryan and Christian Duce’s tale of Wonder Woman’s security presence at a gig by a pop star who’s been receiving threatening letters. The preparations and ludicrous demands on her are well detailed, although the story becomes predictable by the end. Amy Chu and Bernard Chang’s tale concerns Wonder Woman as an inspiration rather than the character herself. Set in Afghanistan, it’s a little earnest in places, although always well meaning.

Alex DeCampi features some interesting comments from Wonder Woman about how she’s perceived amid a story that otherwise could have featured any superhero, although it’s well drawn by Neil Googe. Even better drawn is Chris Sprouse’s interpretation of Cecil Catellucci’s script starting with Lois Lane interviewing Wonder Woman. It has a point to make, but vacillates between whimsy and straight superheroics, while also inventing a plot-convenient new effect for Wonder Woman’s lasso. Aaron Lopresti’s offering is also beautifully drawn, but a slight tale.

Several other slight tales also feature by assorted creators, none of them as distinguished as those already mentioned. A third collection presents the remainder of the digital comic’s run.