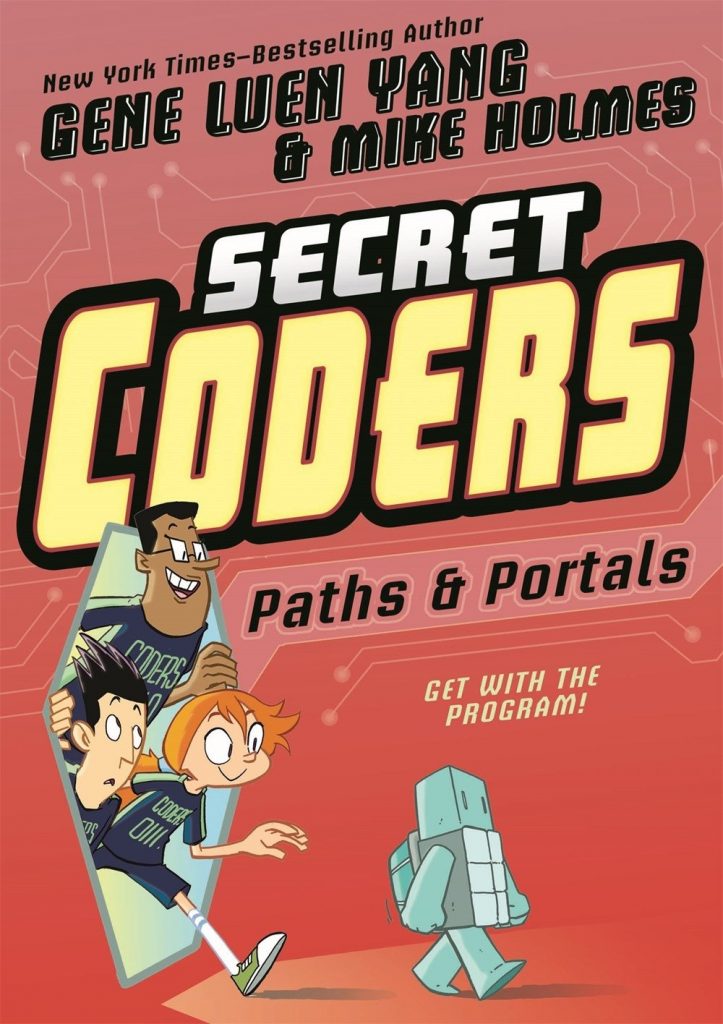 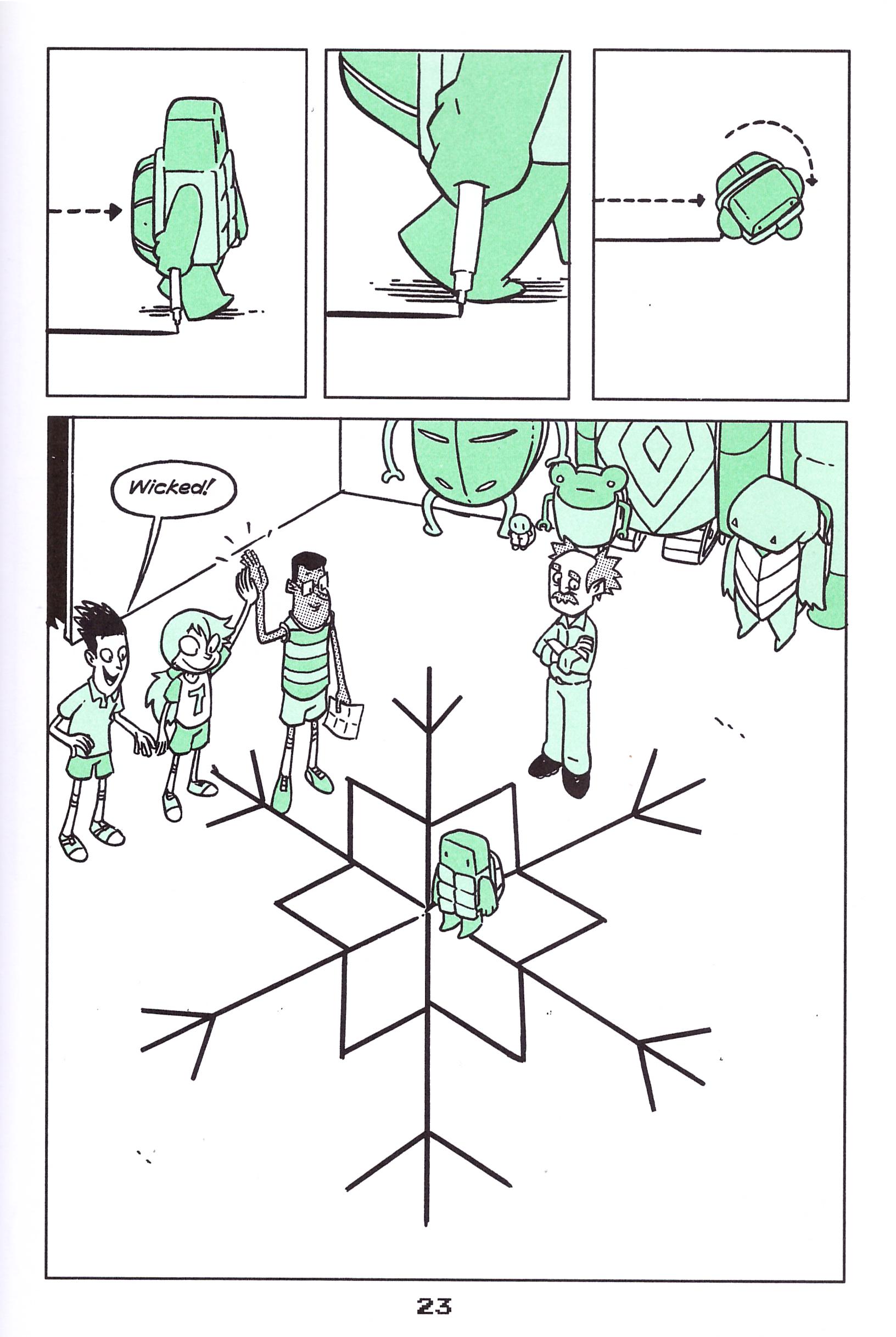 The first Secret Coders volume introduced us to Hopper, new pupil at the forbidding Stately Academy, befriending Eni, and together working out some of the stranger aspects of the school. These include robot birds that respond in binary code to seeing numbers, and a mysterious basement beneath the school. Gene Luen Yang and Mike Holmes ended Secret Coders 1 with a puzzle applying the knowledge learned over the course of the book. If Hopper and Eni could solve that problem, the quick to anger janitor would let them into further secrets. Anyone who didn’t solve it in the time waiting for this volume to appear has Hopper and Eni show them how, complete with workings.

So far Josh has been rather a pain, certainly showing initiative when it comes to shifting blame, but in no way a possible asset. Here, though, he proves his worth, surprising with super fast typing skills, which are very useful when it comes to programming a robot, plus he’s used to weaseling his way out of a situation, and that also plays a part. The practicalities of programming robots takes on increasing importance as secrets are shared, and Holmes’ sample art shows how beauty can result from relatively simple code instructions.

Teaching kids computer coding has a practical value of course, and as the book continues, the coding becomes slightly more complicated, now encompassing variables, and that requires more space for explanations than previously. Yang strikes a fine balance by continuing the coding, yet dressing it up by prompting concern about Hopper’s personal problems. They’re kept in rather a holding pattern for this volume as we don’t learn any more about them, and Yang uses obvious interruptions such as the school bell to keep that the case. It’s slightly offset by the creation of new physical problems, primarily the rugby team, but Yang should be a little more creative here.

Otherwise, it’s as before. Any kid that enjoys solving puzzles along with the adventures should enjoy Secret Coders and be willing to make the investment over six volumes.

For the time being at least, the accompanying secret-coders.com website remains open, offering further puzzles, background information and cast biographies.