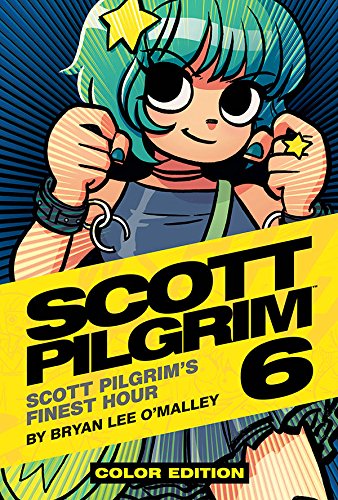 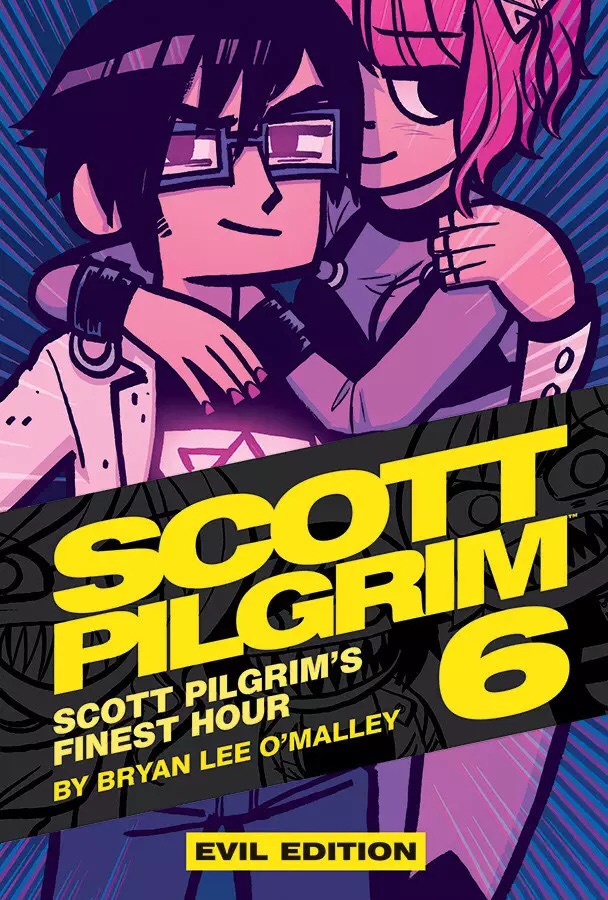 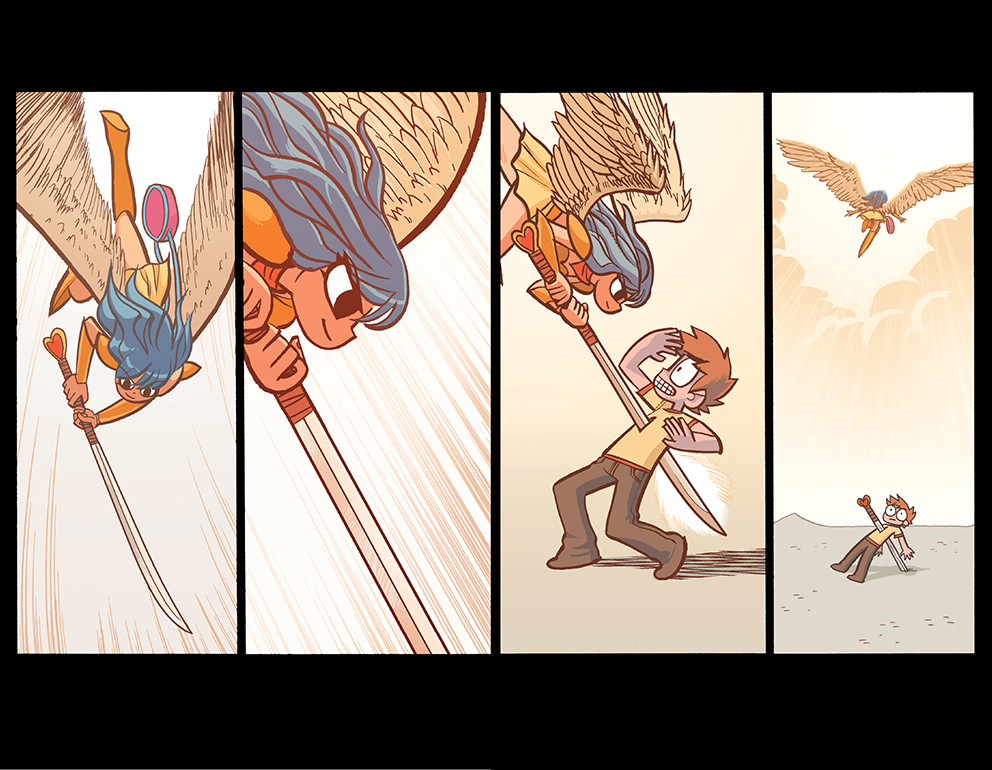 The final volume of this deluxe colour hardback upgrade of Bryan Lee O’Malley’s Scott Pilgrim may be the best looking. By the sixth book, O’Malley had refined his style to the point where it was a much more polished and stylish package – as it should be for the last episode in the series, with sharply designed layouts and extremely dynamic characters who were no longer difficult to tell apart. The black and white pages of the original book were boosted by the grey tones skilfully applied by John Kantz. For the colour edition, colourist Nathan Fairbairn used those tones as the basis for his lighting and if you’re into that kind of thing it’s fascinating to compare the differences between the two versions. If you aren’t, it’s still a gorgeous colouring job that makes everything more vivid, poppier and juicier to look at.

There’s a lot of ground to cover plot-wise in Scott Pilgrim’s Finest Hour as most of the loose ends get tied up and mysteries are unravelled. After Ramona’s disappearance, Scott tries to find some relief from the inside of his head with one ex-girlfriend after another. Eventually it becomes clear that the only way to beat his problems is actually to face them head-on. This metaphor is somewhat unsubtle as his problems are embodied in a dark doppleganger called NegaScott, but in this videogame shonen fight world what else would you expect? Once Ramona too decides to look forward and not back, the only thing left to do is confront the last evil ex, Gideon Graves in a mightily extended showdown. You will have to read this book more than once to catch all the information, including the reason why Scott is so flaky and has such a terrible memory (hint: it’s something to do with subspace).

The 36 pages of bonus extras in this new colour hardcover include tons of cover designs, posters and box set artwork. There is a look at O’Malley’s process in putting this volume together from thumbnails to final art, with sketches and character designs. Plus a step-by-step commentary about colouring the book from Nathan Fairbairn. Readers familiar with Scott Pilgrim through the movie Scott Pilgrim vs The World may find these colour editions more inviting than the black and white softcovers, and with all the extras, previous fans of the series won’t be disappointed either.