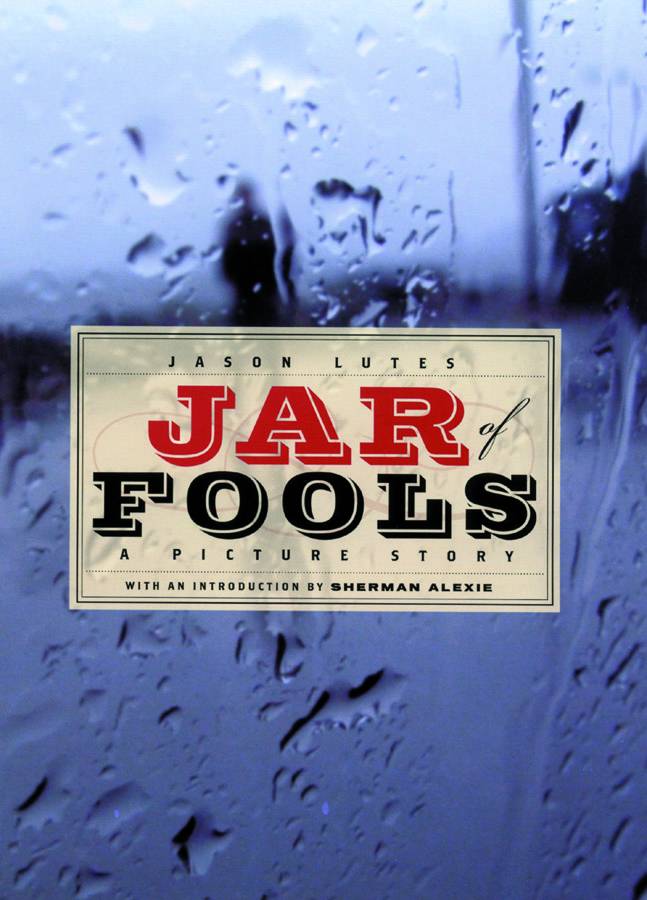 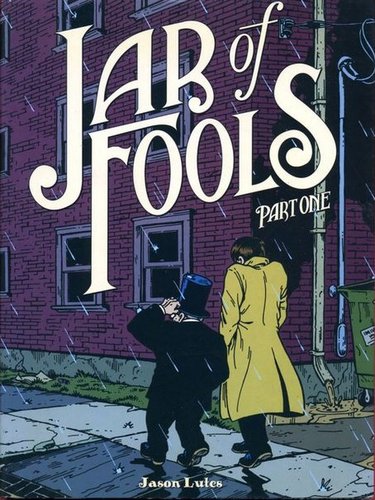 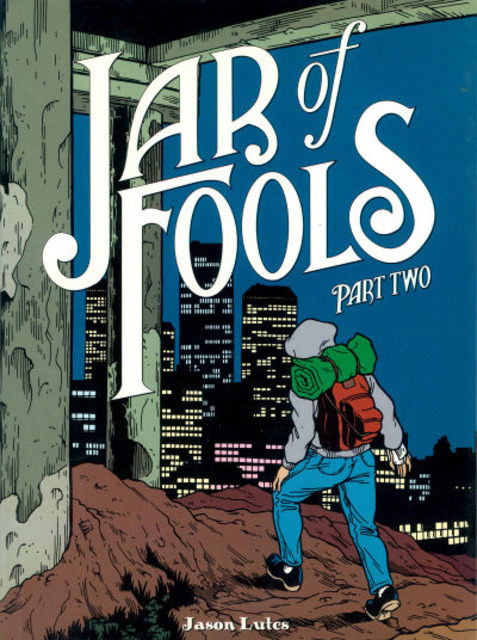 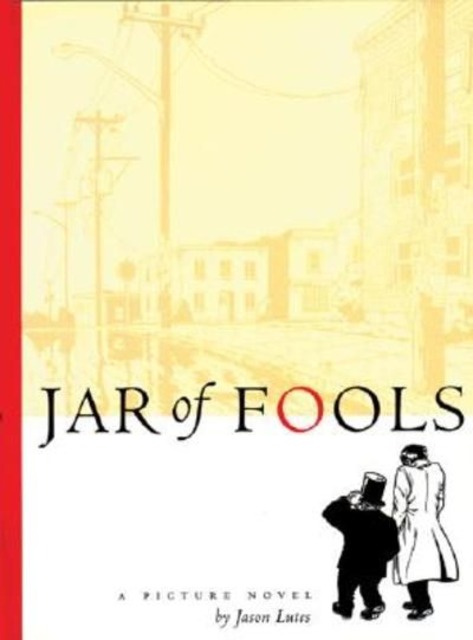 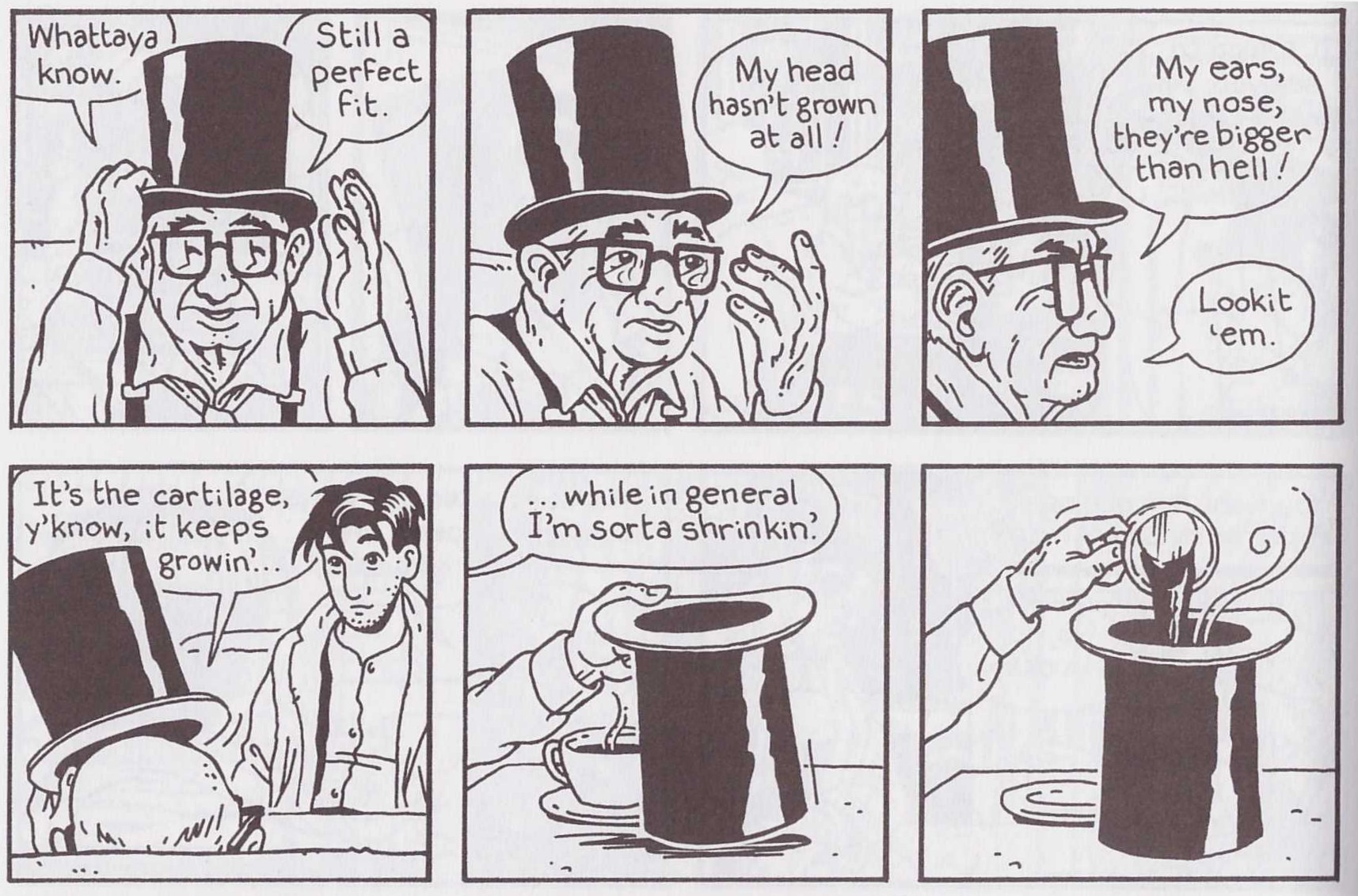 Jar of Fools is an astonishingly assured debut graphic novel, originally serialised as a strip in Seattle alternative paper The Stranger.

Magician Ernie Weiss’ life is on the cusp of collapse. He’s haunted by the suicide of his brother, living in a barely furnished apartment after the breakdown of a relationship, and a man who once headlined shows is evicted from a children’s party for being drunk. His ex-girlfriend Esther isn’t doing much better. With Ernie at his lowest ebb his former mentor turns up again, having escaped from a nursing home, and a conman extracts a promise from Ernie to teach his young daughter magic.

It’s an eccentric confluence of characters, but each needs the support of others in time of need. Considering Lutes was in his early twenties when he began Jar of Fools, his understanding of and sympathy for the old is noteworthy. In the sprightly Al Flosso Lutes delivers a likeable, dignified companion who still has plenty to pass on despite his bouts of confusion, and the concept of the once great escape artist confined to a nursing home for his own safety is heart-rending. With ten small panels per page below average, Lutes has the time to unveil his story at a leisurely pace. Entire pages lack dialogue, yet continue the story via facial expression and body language, and much is imparted by illustration alone. As an example of how good he is at sucking you into his world, Lutes illustrates magic tricks, and for a brief second you’re as impressed as you would be if the trick were being performed in actuality.

Some readers are troubled by the conclusion, which reflects reality rather than the conventions of fiction. For real people life continues after the punchline, and so it is with Jar of Fools.

Weiss tips the top hat to Houdini’s birth name, but Al Flosso was the real deal, a highly regarded stage magician from the vaudeville days. Lutes states on the title page that his Al Flosso only shares name and likeness, but it’s an odd choice in a litigious society even when the actual Flosso died in 1976.

The current printing is nicely designed, but for the items of real beauty search out the original Black Eye Productions printings splitting the story in into two wraparound dust-jacketed slimmer books.