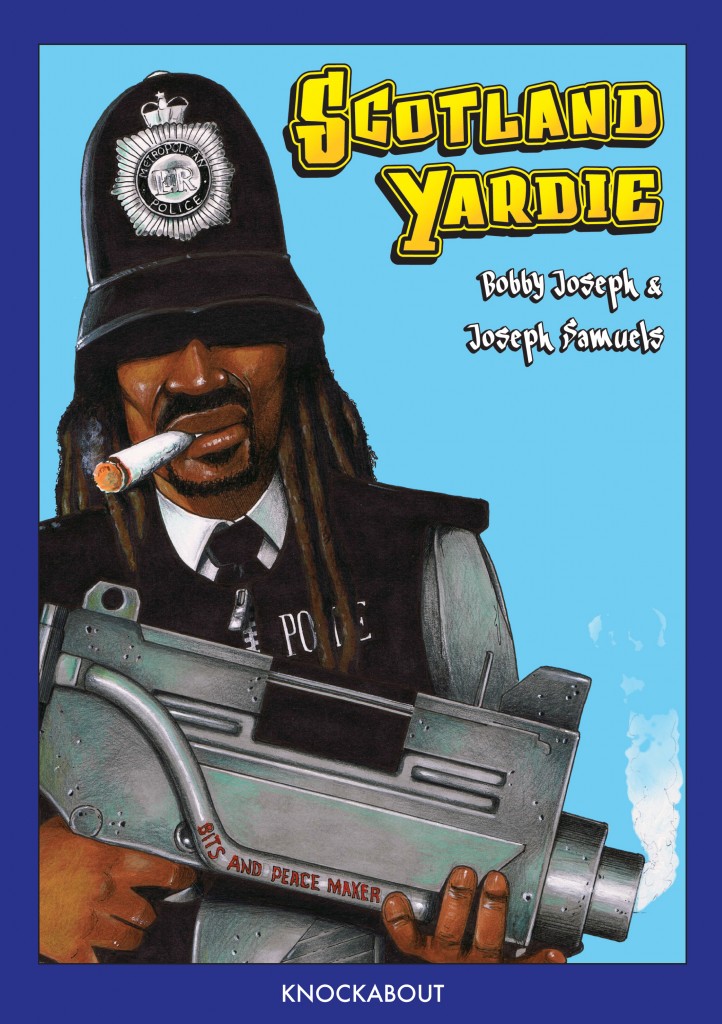 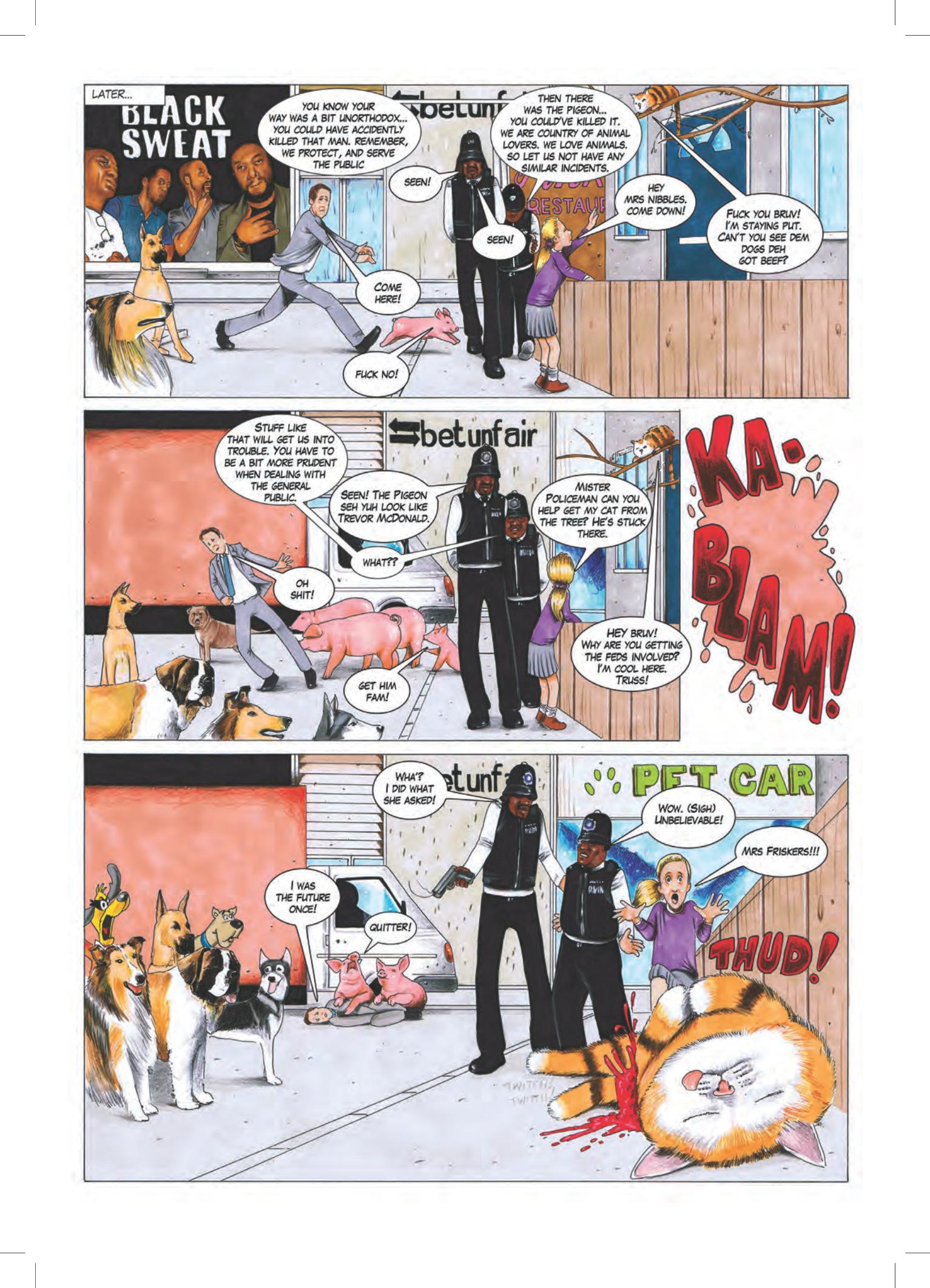 There’s a solid perception among vast sections of London’s population that the police aren’t there to protect them, that they’re inherently racist, over-react with excessive force to minor incidents and resort to firearms without provocation. A series of high profile incidents and reports have borne this out, with the only real change over the past twenty years being that those of Asian origin are now targeted in greater numbers than folk with black skin. The opening pages of Scotland Yardie present an only slightly inflated view of reality and then proceed to satirise the hell out of this appalling state of affairs.

In the face of growing pressure regarding inequality in the police force, the mayor of London’s solution is to import a Jamaican policeman. Enter Scotland Yardie, skunk-loving, dread-wearing supercop. Once out of the press call, his tokenism is reinforced and he’s partnered with the only other black policeman in Brixton, Ackee Saltfish, portrayed throughout as Uncle Tom. As illustrated by Joseph Samuels, he’s played by former newsreader Trevor McDonald, and a subtext of Scotland Yardie is playing Spot the Celeb in the background. This reaches preposterous levels when a group of dogs witness Yardie’s method of removing a cat from a tree. Take a close look at them.

At first Yardie is content to follow the bumbling Saltfish around and be reined in, but continual provocation prompts an inevitable change of attitude, and we learn that not much separates Yardie from Judge Dredd.

There are times when Bobby Joseph’s script appears as subtle as kick to the nuts, but he’s playing a longer game, and as the graphic novel continues greater purpose and layering is revealed. Those celebrities, for instance, aren’t all background characters, and when we see Walter White in his hat we instantly know what he’s up to, but that’s not apparent to the police. This is part of Joseph shifting Yardie through recognisable environments, amid which there are plenty of comments about the state of policing and about stereotyping. Part of the satire is that Scotland Yardie is written as if by a right on middle class white liberal, bringing all their baggage with them while trying to do the right thing.

Finishing up the book we have a two page back-up strip delving into how the graphic novel was created, a selection of pages in their pencilled version before the application of colour, and a witty glossary.

Scotland Yardie is a graphic novel that gradually seduces, and there’s at least one decent joke, either verbal or visual on every page. That’s a good hit rate, and some of them are laugh out loud. Take a look.