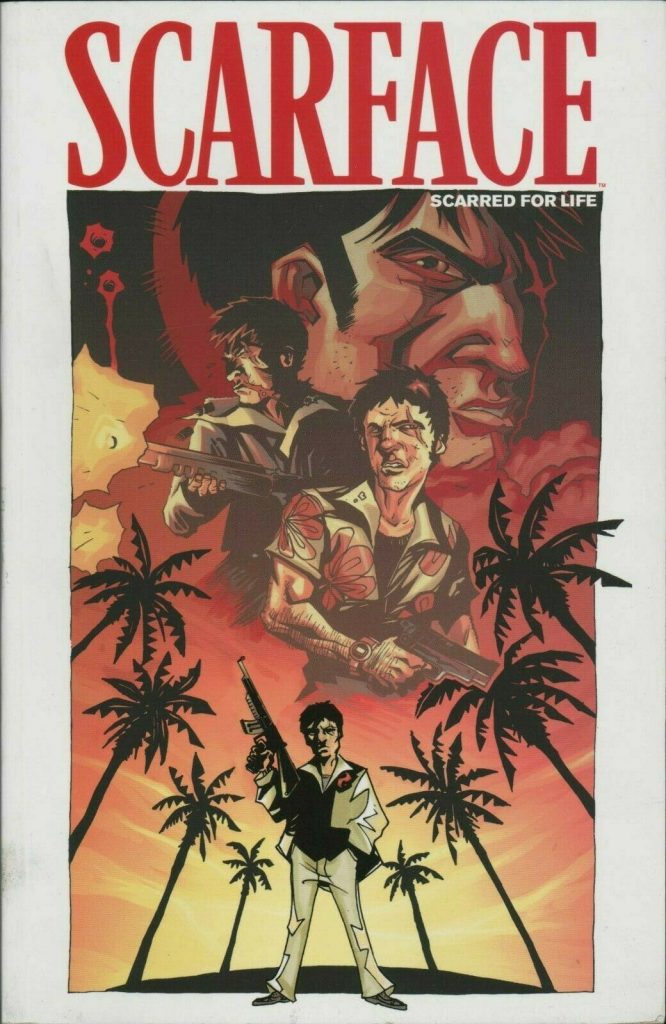 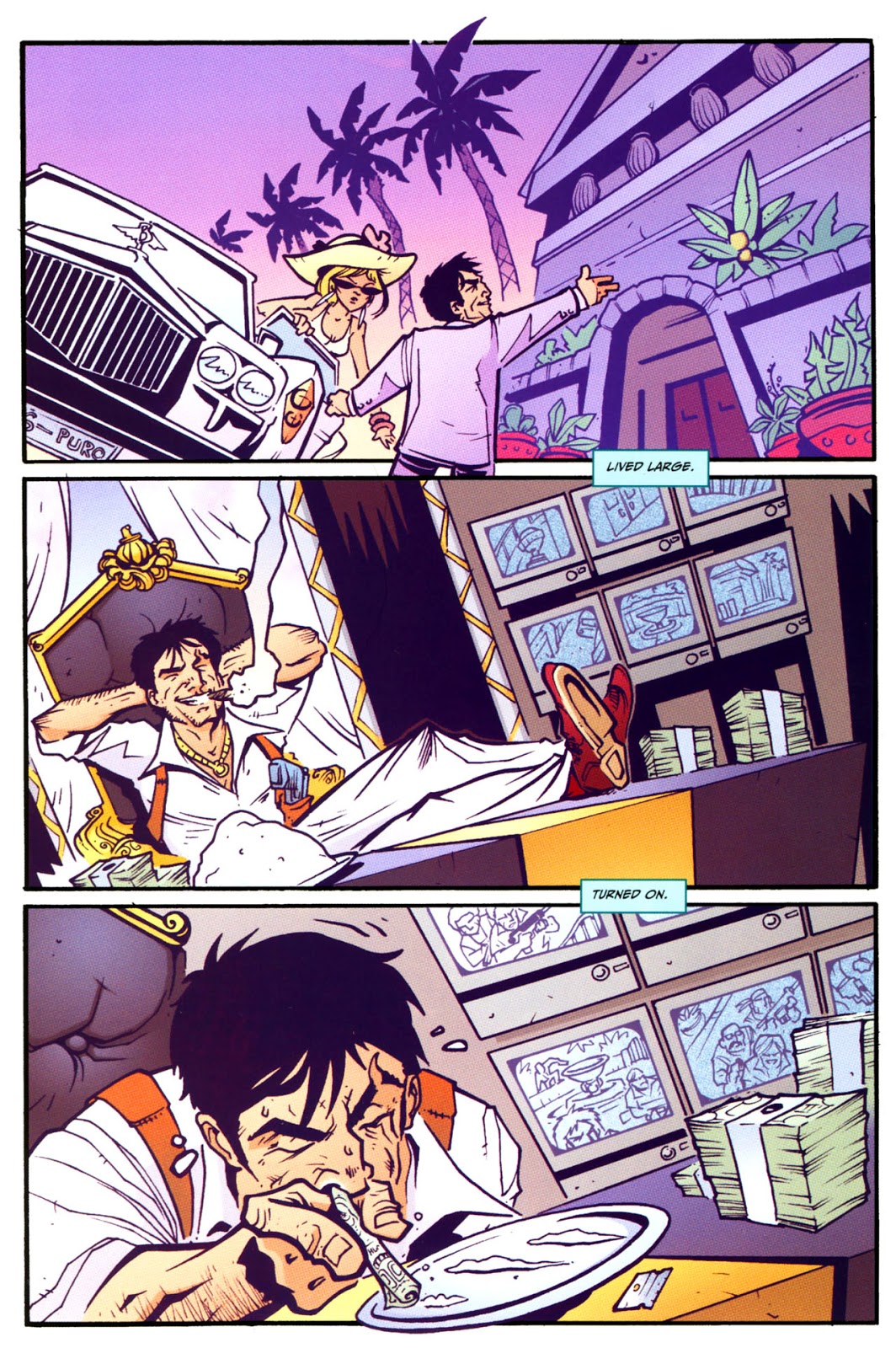 It’s pretty difficult to see how Tony Montana survived the end of the 1983 Scarface movie, as we saw him blasted by a shotgun through a balcony before taking a twenty foot dive into a pool. This was after he’d already been riddled with bullets, mind. As deaths go, that’s definitive. John Layman would have us believe there was a spark of life left, and eight months in hospital was enough to have Tony walking around again. Or rather rolling around in a wheelchair. The police have him, and they want him as their star witness against Sosa, the man who thought he’d rid the world of Tony.

Dave Crosland’s art shows Tony in his coke-snorting prime, and while it’s not out of bounds to claim there was always something of the cartoon about the way Al Pacino played Tony, Crosland’s art is far from designed for universal appeal. There’s nothing subtle about it. Every expression is exaggerated, to the point where it’s not unreasonable to wonder if Crosland is being supplied by Tony. At its worst the art is ugly, Crosland unable to maintain any consistency when it comes to people, but it’s not that he’s a poor cartoonist, just a very poor fit with Scarface.

Perhaps Crosland believes he’s taking his lead from Layman’s script, which is more comedic than the film. “You a fat f*%k El Gordo. A disgusting human being. Anybody ever tell you that?”, asks Tony, deliberately provocative. “Nobody who expects to keep their kneecaps through the end of the night”, is the appropriate response. It works as dry gangster noir, or would were it not for Crosland’s exaggerated accompanying illustrations. The results are like Tank Girl playing Scarface.

Needless to say, Tony ‘helping’ the police doesn’t run as smoothly as they anticipate, and we have five chapters of gnashing teeth and Tony almost leaping away clicking his heels in the belief that he’s going to rebuild his empire. The truth is that his miraculous recovery sets the tone from the start. It’s not credible, and neither is much that follows, the better ideas drowned in excess, with logic completely thrown out of the window for the final chapter. Scarred for Life is not good.