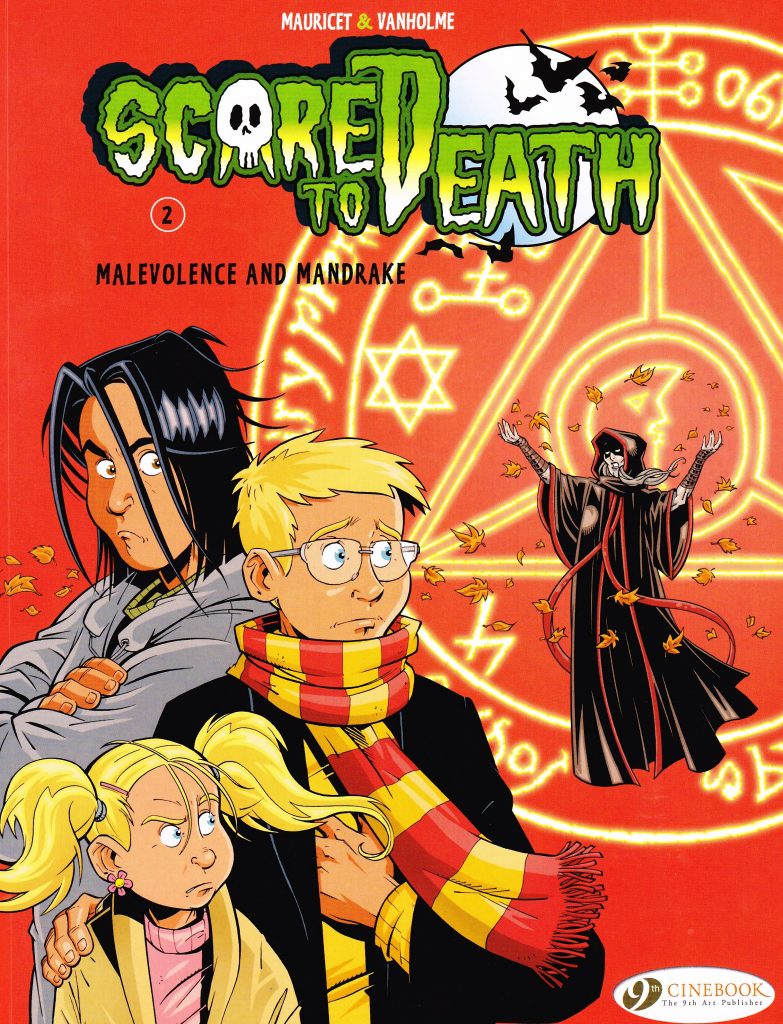 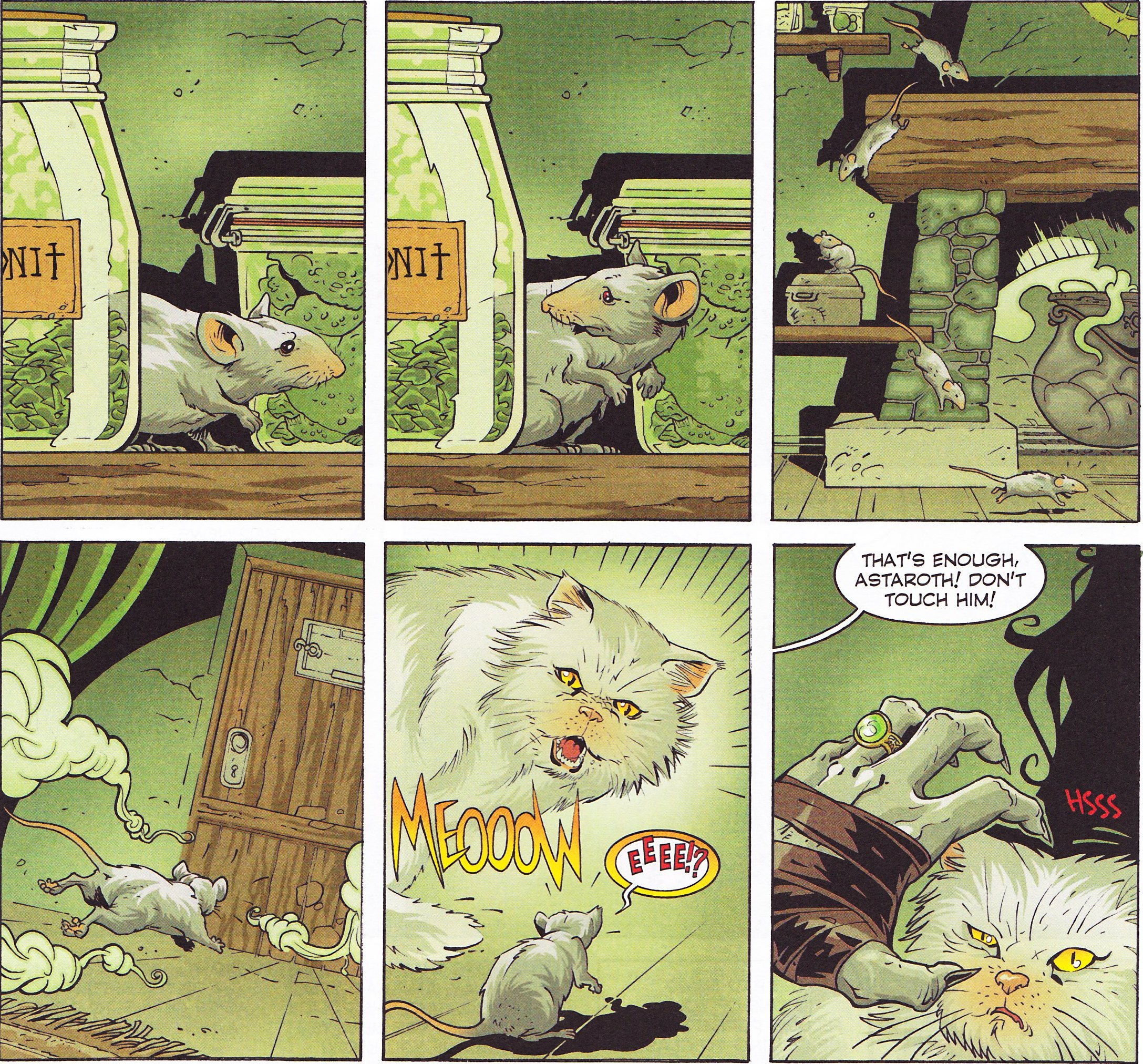 It’s almost Halloween and Robin’s little sister Sophie is looking forward to all the fun, excited from reading her new children’s book of spells. In the general community there’s less enthusiasm for the festival as the police investigate the disappearance of local boy named Thomas.  That doesn’t prevent life from going on as normal. A mysterious new girl has arrived and become infatuated with the gregarious Max, although every girl in school crushes on Robin’s best friend, including his sister Sophie. Max is usually more concerned with playing the latest Witch Hunter video game, but when he suddenly becomes infatuated with the girl and follows her home, Sophie becomes very suspicious. Max is the key to ensuring an ancient spell works and now Robin and Sophie will have to put aside their sibling bickering to rescue their friend before it’s too late.

Artistically Mauricet is better than on The Vampire From the Marshes, adding more detail to the landscapes while his cast retain their pleasant interactions and features. It’s still bright and colourful for a horror story, but with an extra helping of eeriness occupying the settings, and the antognists spookier. The a flaw with his work is that he holds back too much, preferring to use neat thick outlines, and scarier art would be more engaging for a young adult target audience. With an album under her belt writer Virginie Vanholme has darkened the plot, using a device common to the fantasy/horror genre, yet making the story her own, focusing on the humorous consequences of magic. Events move quickly with more action to entertain children, and a clever lettering technique sets the magical elements apart from other fantasy stories.

Like its predecessor, there is a lot to like about Malevolence and Mandrake, but unfortunately the translation is again a major flaw. Luke Spear attempts to tone down some mild swearing and in doing so reinforces the common complaint that a poor translation can kill the nuances the author originally intended. Cinebook classify Scared to Death as a children’s book, yet its humour and content suggest the original audience was young teens. It’s led to the story being toned down, which is unfortunate. Furthrmore, many of the cultural elements have dated, like the video games the boys play and the cigarette always dangling from Dr Lavigne’s mouth. In 2003 smoking was commonplace, but nowadays there is an almost fanatical puritanism against the habit, especially when it comes to children.

Scared to Death has its own personal charm as it blends adventure, believable human interactions and good art for a decent story, but one that can’t compare with the thrills offered by prose novels exploring similar territory like Harry Potter, Goosebumps and others. The next book in the series is In The Shadow of the Beast.