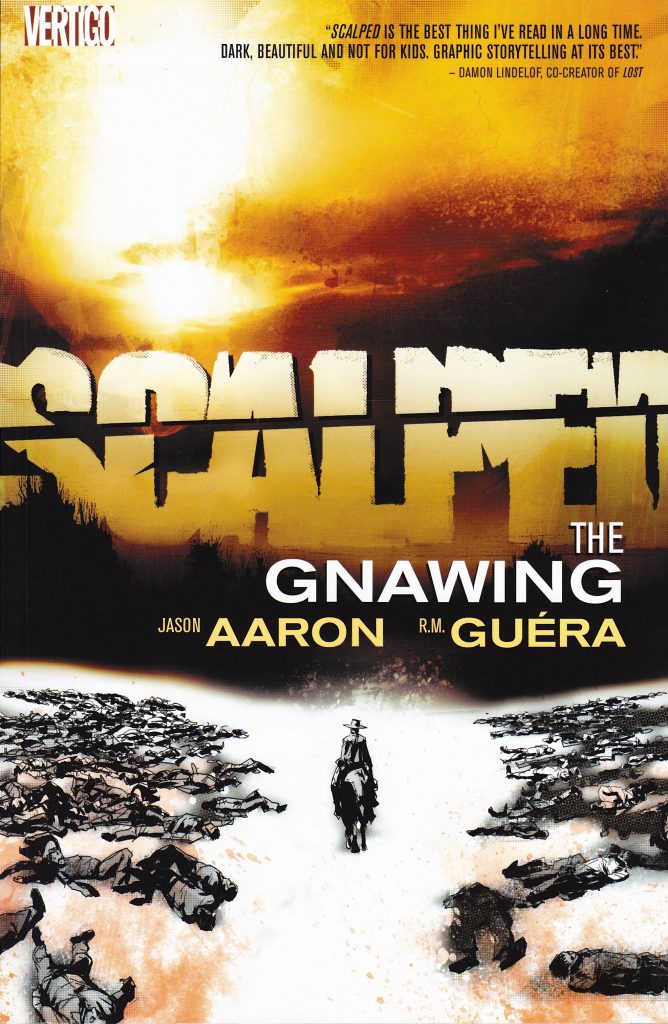 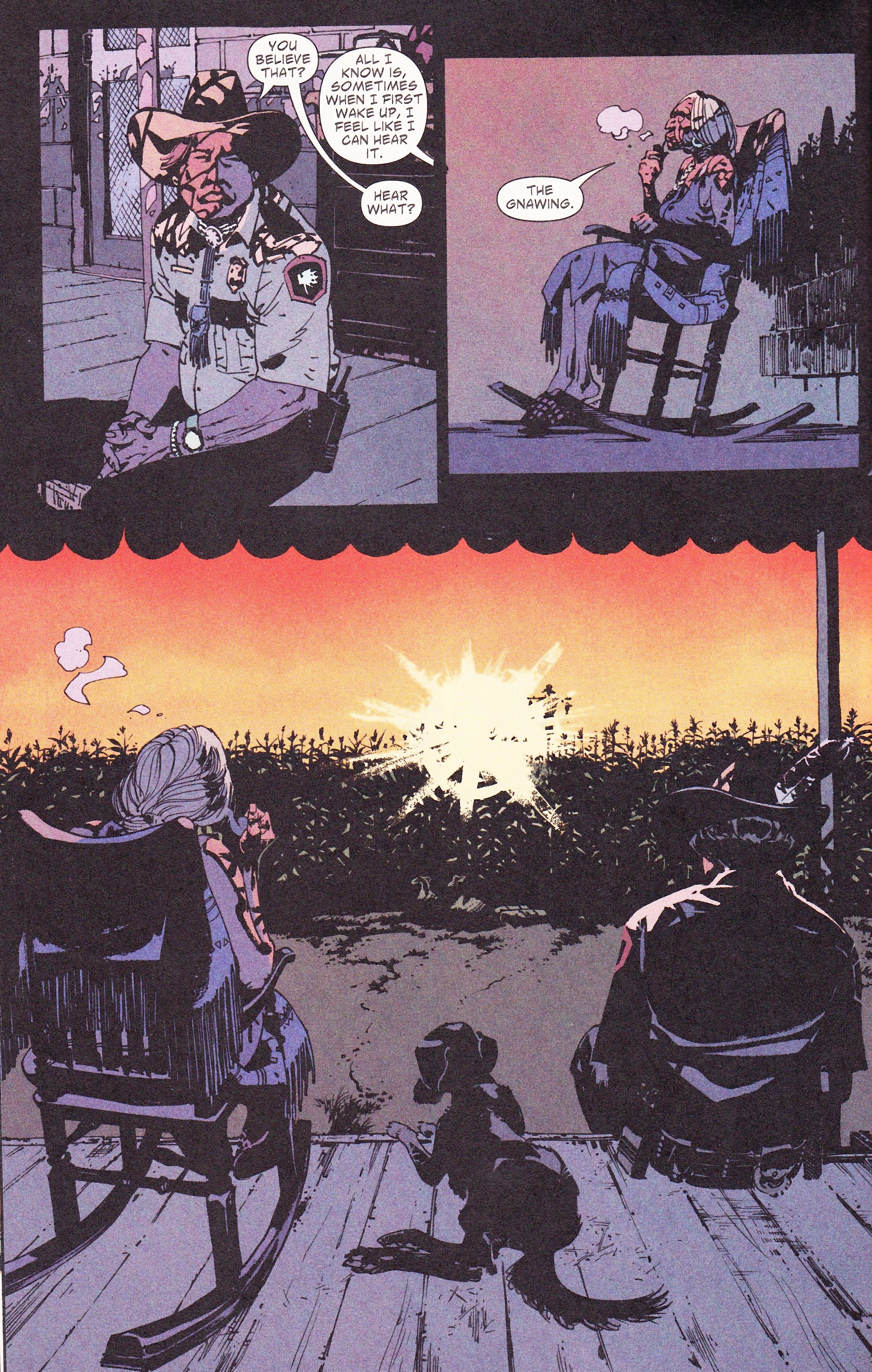 Granny Poor Bear: “The Cheyenne have a story. They say there’s a great big pole somewhere, and this pole is what holds up the Earth. And the great white Grandfather Beaver of the North is always gnawing at that pole. He’s been gnawing at it for a long, long time, and it’s already half chewed up. When the people do something to make him angry, the old Grandfather Beaver sets to gnawin’ faster. Pretty soon, he’ll have gnawed all the way through. And then that pole will topple and the whole world will crash into bottomless nothing. And that will be the end of of everything, the end of all ends… All I know is, sometimes when I first wake up, I feel like I can hear it.”

Falls Down: “Hear what?”

If you’re applying the tone for your crime noir series set on the fictional Prairie Rose Reservation, this is how you do it. Ominous, foreboding and very, very dark. In High Lonesome, Asian American crime family the Hmongs sent the sadistic Mr Brass to ensure gangster/Sioux Chief Lincoln Red Crow respected their investment in his casino. Things got bad, really bad. Now a frustrated and conflicted Red Crow is about to make things a whole lot worse. Officer Falls Down is near to finding a killer, but does he realise how dangerous his quarry is? Special Agent Nitz is so desperate to nail Lincoln he’ll throw everyone to the wolves to do it, even Dashiell Bad Horse. The pressure of being undercover in Red Crow’s organisation is piling up on Dash. Lincoln’s enforcer Shunka is getting suspicious and Dash’s toxic relationship with Carol Red Crow has imploded. Meanwhile his homicidal FBI agent Diesel Fillenworth is getting out of jail. Dash’s life is spinning dangerously out of control. When life and death is par for the course on the Rez, the only question is: Who dies first?

If you’re this far into Scalped then, like Matt Fraction in his intro, you’re hooked. It’s a brutal, beautiful and captivating series. Jason Aaron writes it that way. R.M. Guéra illustrates it that way. The result is an epic that gives you a sustained and vicious emotional beating. It unfolds slowly, The Gnawing is set only a few months into the saga. From that perspective, don’t jump in at this point. If you’re already working through the series, rest assured this is worth it. As co-creator Guéra always brings a sense of vibrancy and focus to his art. The subtle change of perspectives to target, a smoking pipe or an eye movement is captivating. Features growl with anger, gasp in desperation and shimmer with cold fear. The violence is visceral, although its effect lessened due to regular exposure to it. But when the final confrontation takes place, the intensity ramps up with startling and disturbing effect. It’s brutal stuff but never threatens to replace the plot, staying relevant to its themes. Coupled with Aaron’s brilliant dialogue, it hammers home.

When Aaron and Guera take the helm then Scalped is brilliant. The Gnawing is no different. It’s noir all the way down to its dark, puss-festered core. A desperate and tasty cliff-hanger leads us into Rez Blues.