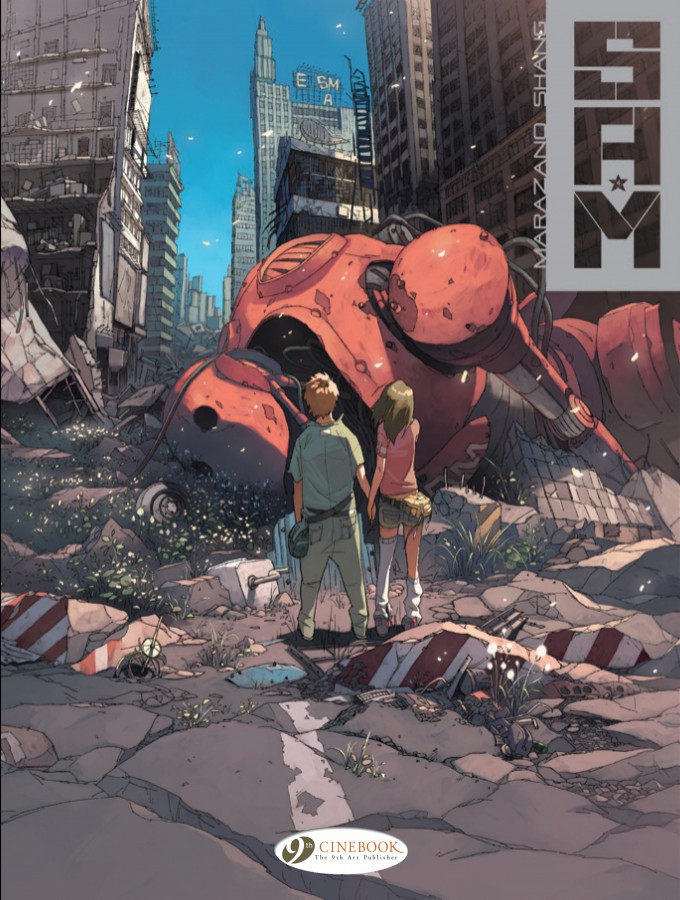 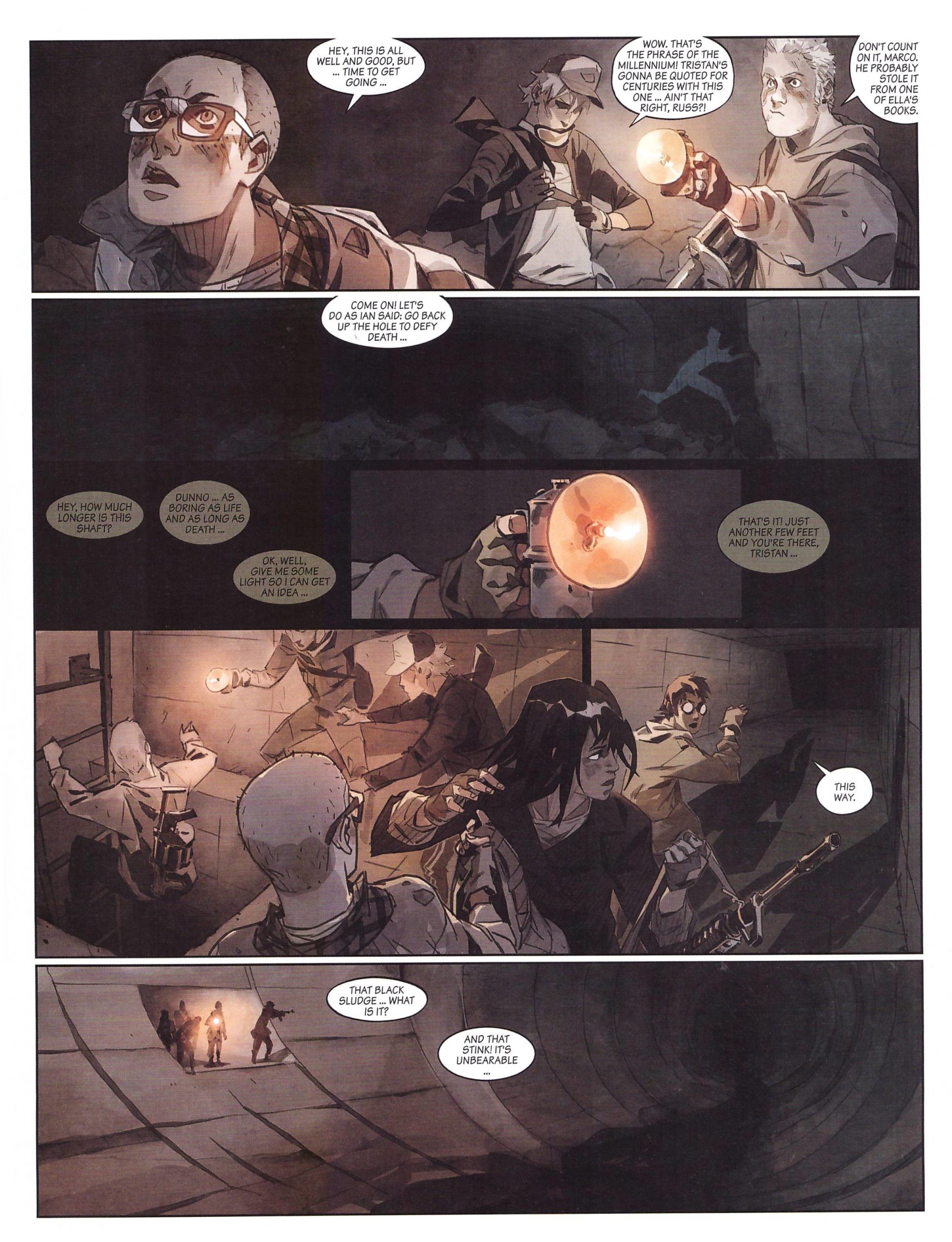 SAM is set in a dystopian future where few surviving people occupy empty, ruined cities, and are remorselessly hunted down by Exterminator robots. The glimmer of hope is SAM, a robot seemingly able to over-ride its programming, and which has helped a bunch of hiding teenagers several times. As seen in A Million Winters, that group now have the choice of continuing to hide with the inevitability of eventually being caught as they scrabble for a living, or heading into the tunnels from which the robots emerge and possibly ending their threat. Although it doesn’t speak, they’re confident enough that SAM will protect them, and they have some knowledge as Ian has been in the base before and escaped.

Richard Marazano writes SAM as if an extended action movie, yet doesn’t compensate for the quicker pace available to comics. Scene after scene has been dragged out, and that happens again in We Will Never Forget You. In order to perpetuate the tension, the feeling that robots may lurk around any dark area, Marazano takes almost half of an extended finale to get the group to their destination, scripting repetitive scenes of them bickering as they wander the dark corridors. This repetition doesn’t serve Xiao Shang’s artistic strengths either. He’s stuck drawing a bunch of people in a dull environment with very little light, and where he excels is in creating the assorted robots. The presence of SAM would supply some visual variation, but Marazano separates him from the teenagers early, and it’s a long time before he reappears. Shang is a good artist, expressive and with a high work ethic, but his use of colour could be improved.

If the journey to the heart of darkness isn’t as scintillating as hoped, neither does Marazano really come through with the revelations of how this world came to be the way it is. It’s a secondary consideration, but while consistent with the way in which the robots behave, it really does depend on a Homer Simpson style “doh!” moment of the world’s smartest scientists not programming robots to distinguish between humans and other animals. SAM is aimed at a young adult audience, so the sentimentality of humanity reclaiming the planet might be more inspiring to them than to adults who’ve come across the scenario before. Marazano deserves credit for avoiding the sacrifice of cast members for cheap dramatic effect, but otherwise the easy option is taken all too often.

As a series, SAM has been well drawn, but dragged on far too long. An old school European adventure comics writer could have covered the necessities in half the amount of pages and produced something better. As it is, SAM’s is nowhere near what it might have been.