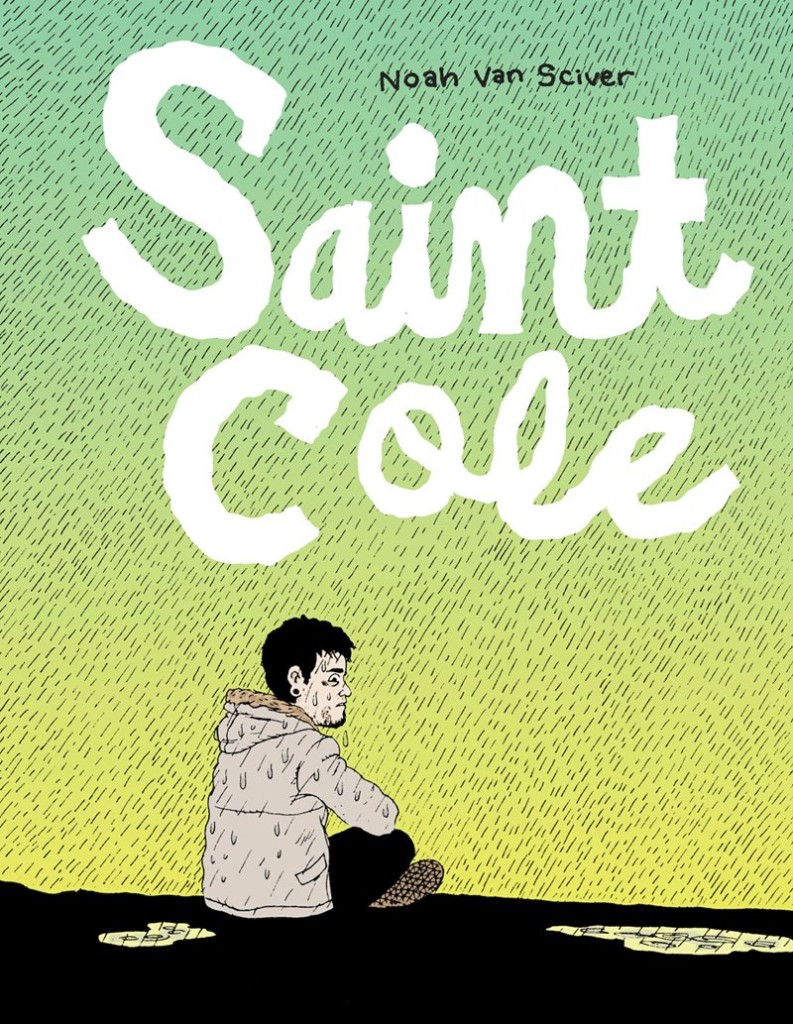 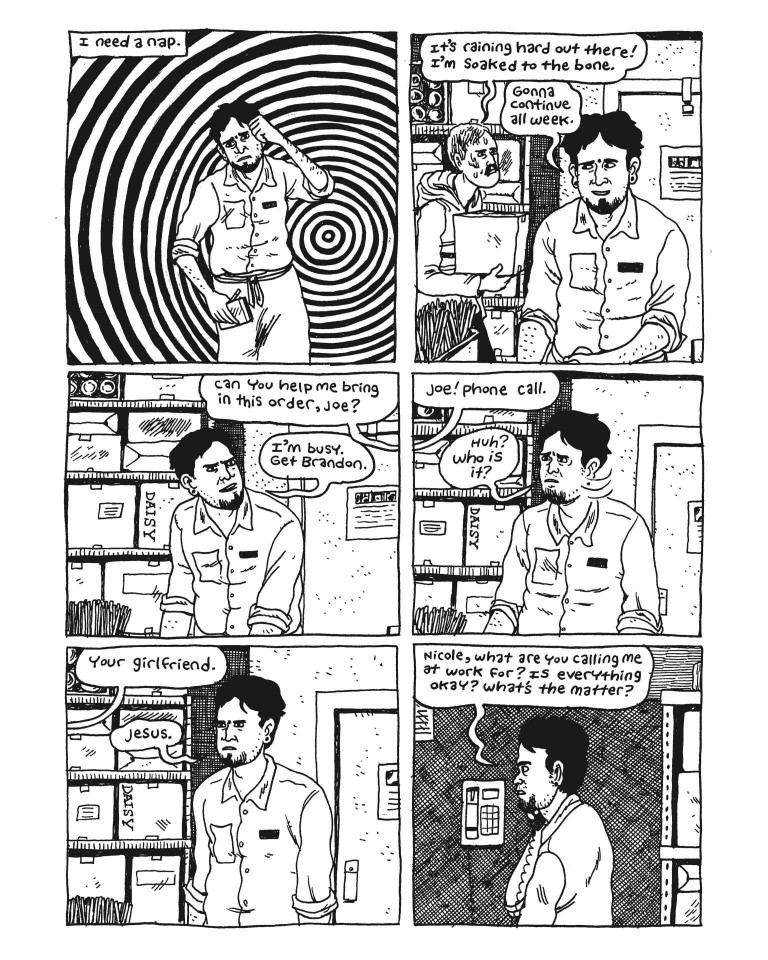 In his late twenties, Joe’s life is far from idyllic. He has to pick up every waiting shift he can at the  restaurant where he works despite hating every minute, resents his girlfriend making no effort to find a job, has a baby impacting on his life, and even his friends are telling him has an alcohol problem. The last thing he needs to hear is that his girlfriend’s mother is moving in with them.

There’s a Harvey Pekar-like relentless realism to the manner in which Noah Van Sciver depicts Joe’s downward spiral, not just with regard to the good ear for ordinary dialogue applied to conversations, but the manner in which he explores all sides of a picture. Joe’s frustration and resentment is easily understood, but there’s also a reason for the forces he believes allied against him, and for all the sympathy anyone initially might have for him, he’s also his own worst enemy. At every opportunity he’ll make a poor choice, then agonise in self-pity.

Van Sciver certainly captures Joe’s descent in buttock-clenching fashion, as problems assault him from all sides over a compressed four days. There’s an inevitability about where we’re heading from the earliest pages, but the details retain an unpredictable quality. It’s depressing social documentation about a familiar type of person we now take for granted, someone no-one can really help until they help themselves, and who often slips between the cracks of available protection.

The art leans heavily on Robert Crumb. Van Sciver’s nowhere near as talented (who is?), but approximates that scratchy naturalism Crumb sometimes employs, particularly when it comes to depicting the unceasing rain. Check an early page with Joe heading to work. He takes an interesting approach to Joe’s alcohol abuse, blurring the edges of panels, inserting black panels to break the narrative, and creating background patterns that convey a queasiness reflecting Joe’s condition. There are, however, also signs of an artist still progressing – some flat faces and heads at odd angles.

Can Joe pull himself out of his hole? Well, let’s just say Van Sciver supplies an excellently set-up conclusion that few will see coming, and one which redefines some of the earlier imagery. Saint Cole isn’t a book to read for a quiet half hour’s enjoyment, but one that merits attention.