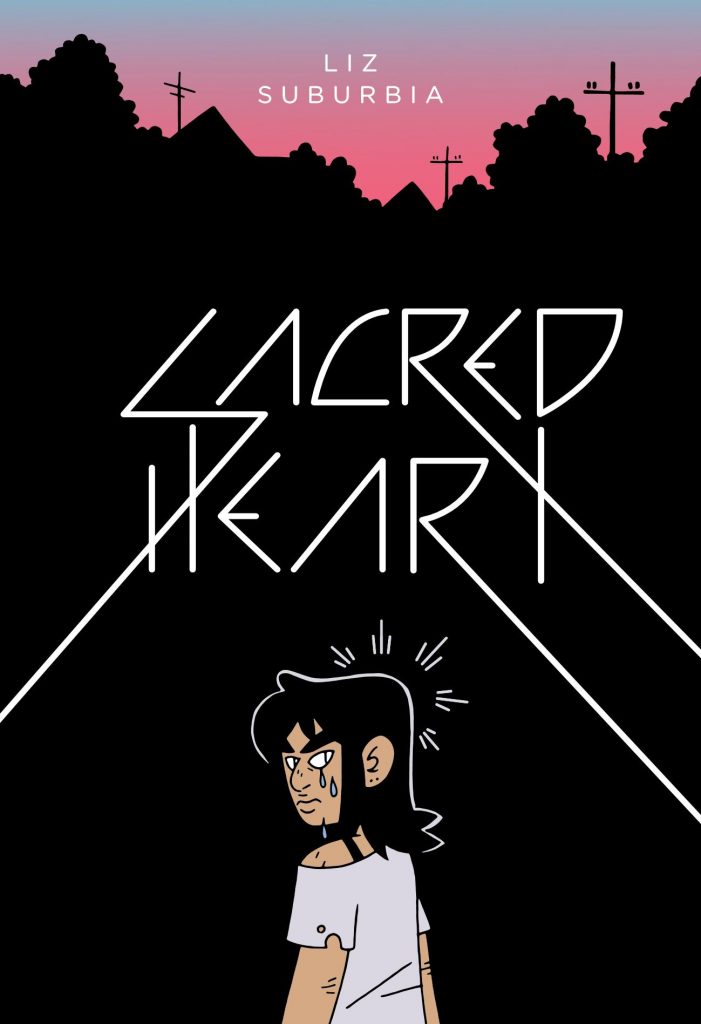 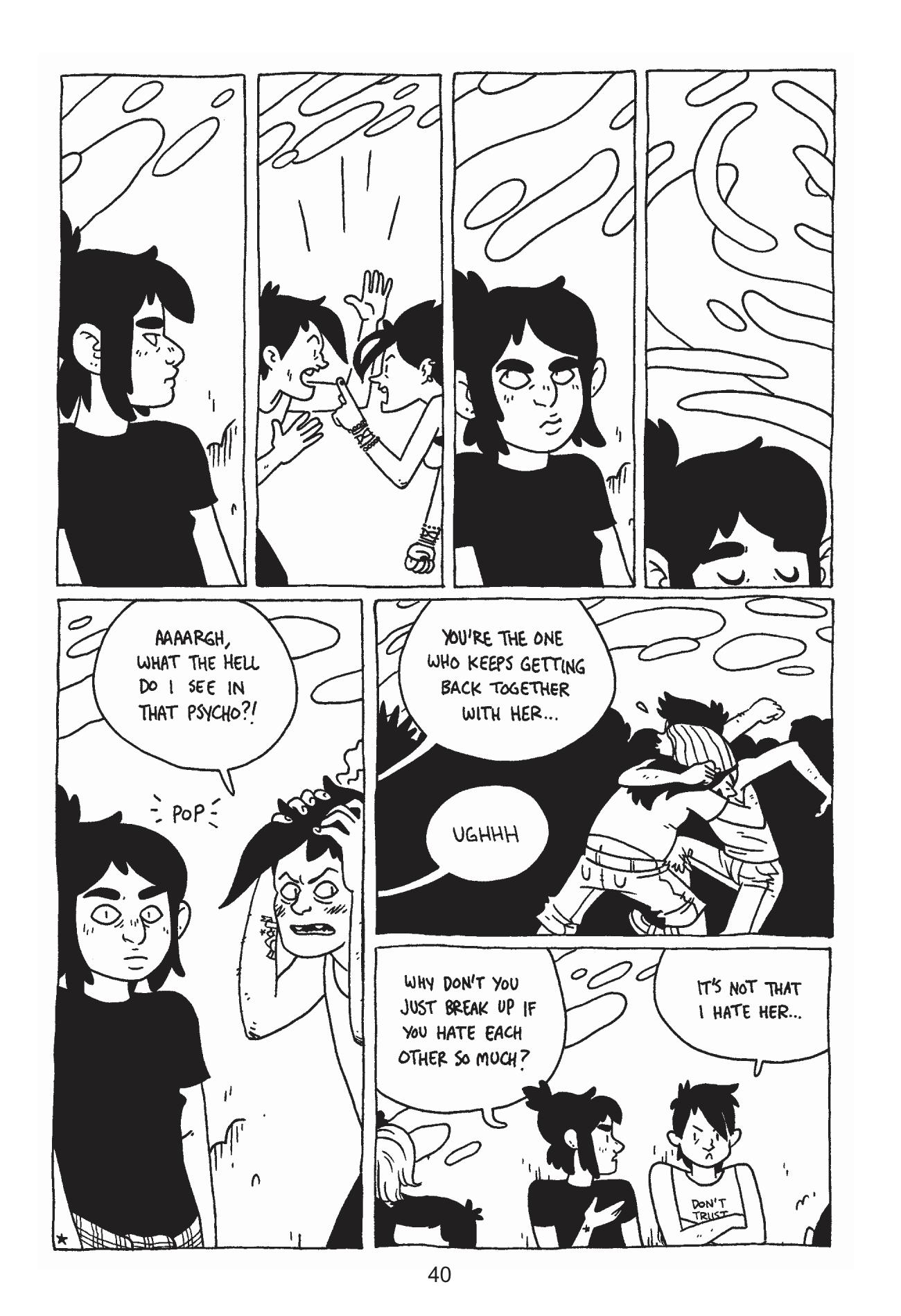 Sacred Heart offers more than originally seems to be the case. The opening two chapters occupy fifty pages, and starting with Ben Schiller, show the teenagers of what could be any one of hundreds of American small towns going about their daily disaffected business. It’s a deliberately mundane study, forcing the attention to other aspects. Parents are referred to as missing. Why? There’s a pretty casual attitude to people turning up dead. Why are people using landlines instead of cellphones? And, yeah, every town has graffiti and tagging, but not to this extent over civic buildings. It gradually dawns that the absences are as interesting as what we’re being shown.

The Hernandez brothers are an influence that Liz Suburbia wears on her sleeve. There’s a punk aesthetic, the panels without dialogue say as much as those including it, and she’s unafraid of a page of quiet contemplation, using a few sound effects to complete her scenes. This isn’t slavish imitation, however. Including an entire chapter of events as seen through the eyes of Ben’s dog is novel, and Suburbia captures the intensity of a great gig. Where she falls well short is regarding the depth of personality, which isn’t at the level of either Gilbert or Jaime Henandez. This leads to meandering scenes of little purpose. Almost everyone is a minor variation on the troubled teenager, and the dialogue and deeds of almost any two random characters beyond Ben and Otto could be transposed without changing the story overall. This is problematical, but doesn’t entirely scupper Sacred Heart. Neither does Suburbia’s habit of spending a few pages with people that are then barely used again. A pair of characters with mystical interests stand outside the otherwise bland cast presentation, but they’re cut adrift without fulfilling potential or purpose.

As we reach the final pages there are several “doh!” moments on realising how cleverly Suburbia has been pulling the wool over our eyes regarding some plot elements, and while the answers to everything aren’t really the point, they are provided, if in passing.

We’re left with a bulky work that holds a great deal of promise, particularly with the spiky cartooning, but doesn’t say anywhere near enough to fill 300 pages.