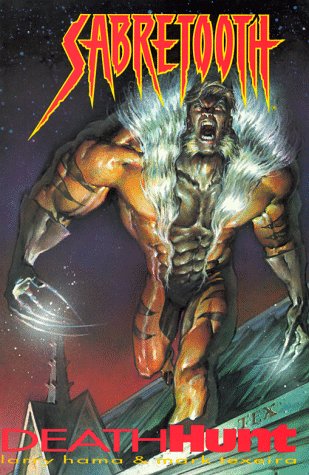 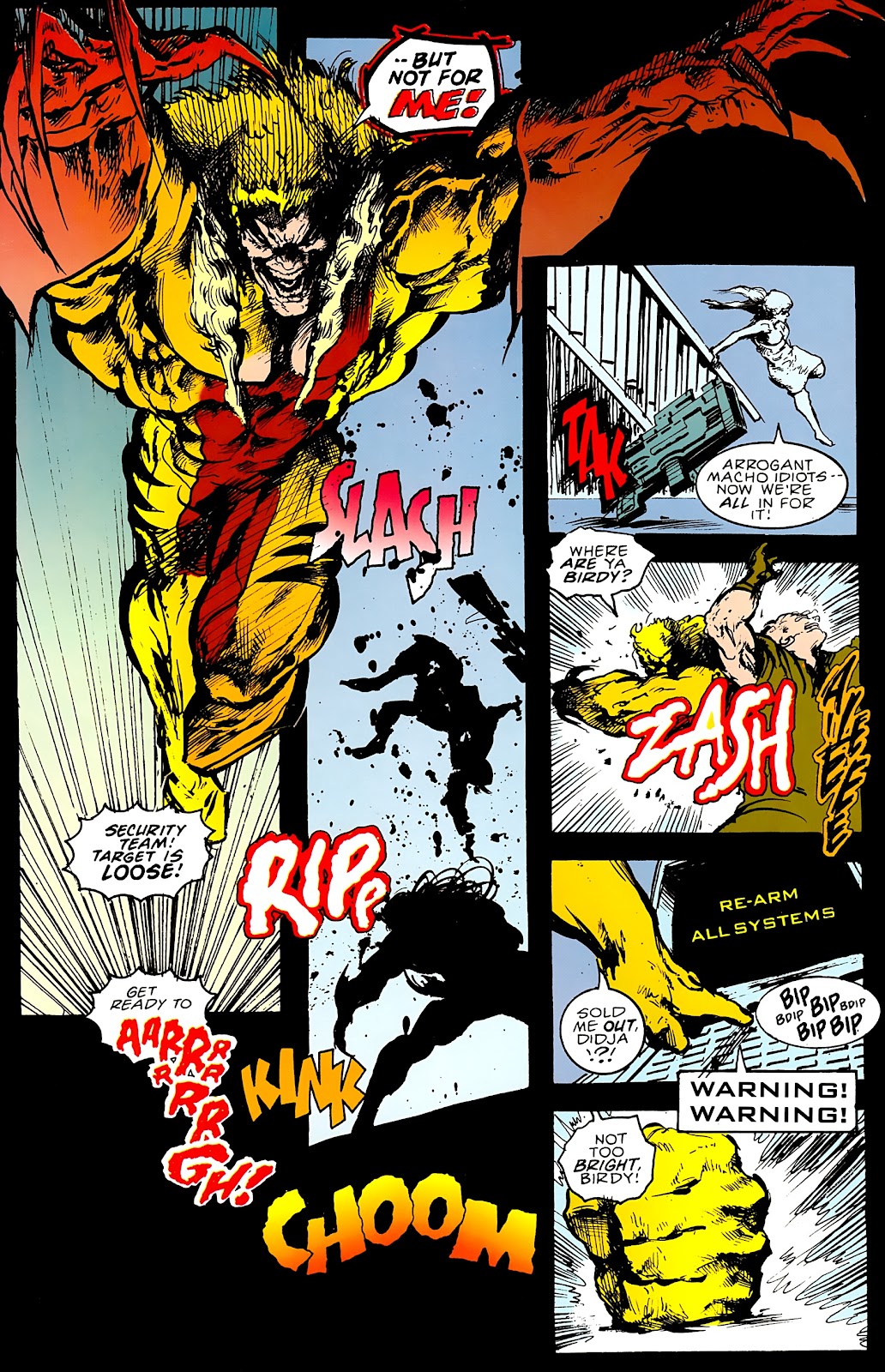 Boy, nothing screams of Marvel’s 1990s excess more than Death Hunt. Take one savage mutant without a conscience, add plenty of people with massive, massive guns, and art that looks as if it’s been hurled onto the page rather than drawn on it, and that’s Death Hunt for you.

Larry Hama’s plot doesn’t stand up to much scrutiny. In the opening sequence someone is paid to betray Sabretooth to an organisation with seemingly infinite resources who take him down, plant a bomb in him and tell him they want Mystique killed. It’s later revealed there’s a layer of deception involved, but wouldn’t just paying him have saved them a lot of trouble? It probably would have worked out cheaper as well. Plenty of other plot holes manifest, and the resentful villain’s motivation is barely credible.

There are panels that show Mark Texeira is a good artist, really effective compositions that could almost be extracted as fine art, but so much of what he draws is claws, teeth and grimacing on ugly looking pages. Still, for those who like that sort of thing he is true to what’s in effect a stalk and slash movie with super powers thrown in.

What with Mystique’s shapechanging abilities, Sabretooth being able to track her down by her individual smell makes sense, and Wolverine’s appearance is inevitable, but there’s really not much to recommend. The most interesting aspects are Hama’s flashbacks to the sadism inflicted on Sabretooth as a child, which have a grisly, shocking intensity. Other flashbacks to a time before Sabretooth’s mind was messed with are less interesting.

If this was the type of superhero comic you grew up with, there may be some residual fondness, but for anyone else the excess is likely to be preposterous. 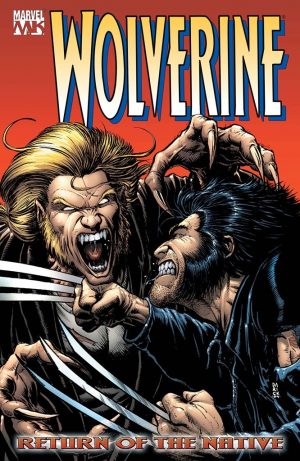 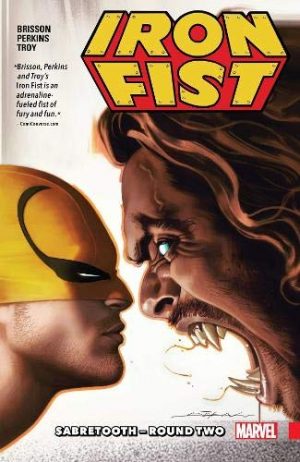