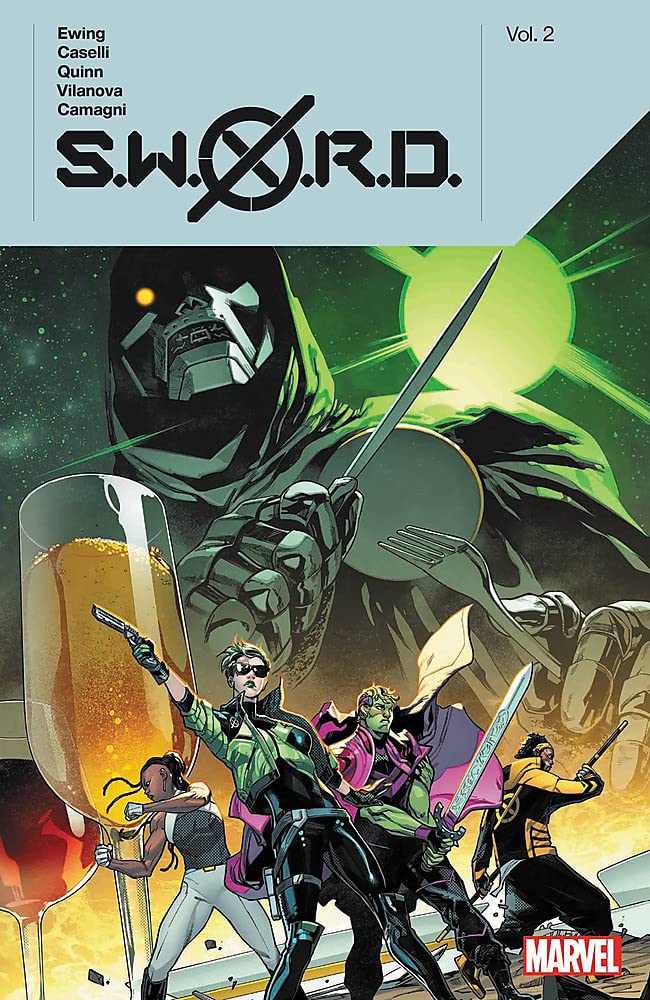 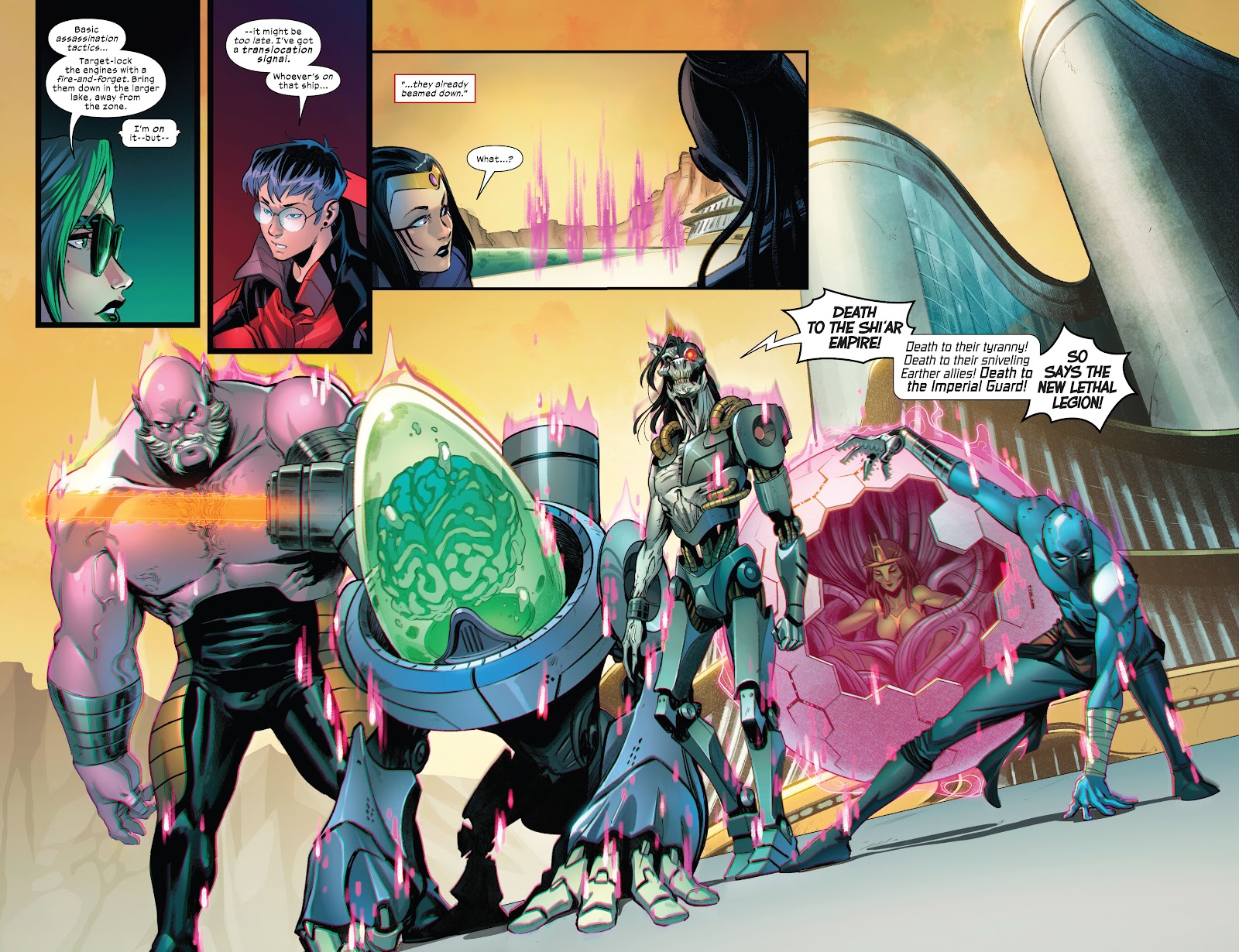 This second volume of S.W.O.R.D. occurs after Krakoa’s Hellfire Gala, in which Mars was terraformed to create a home for a population of alien mutants and renamed Arrako. It enables the Sol system to be recognised by the Galactic Council, but with Arrako, not Earth considered the capital. Needless to say, this doesn’t sit well with the more hawkish humans.

Much of this collection is centred around efforts of disruption. Long the blind patriot, Henry Peter Gyrich has allied himself with mutant hating organisation ORCHIS, and sourced alien allies with the purpose of bringing down Arrako and the Krakoan mutant community. On Arrako, Storm faces constant challenges to her position as galactic representative, both physical in an arena and more subtly from the likes of Doctor Doom. “We should speak of more serious matters”, he notes ominously, “perhaps serious enough to end worlds”.

A great strength Al Ewing possesses as a writer is an ability to look at a long-running character or device and find a different way of applying them. It works spectacularly well in Immortal Hulk, and is apparent here with how he uses Storm, and the weaponising of the Mindless Ones, dangerous dim creations that populate Dormammu’s outer borders in another dimension. However, the downside is the occasional presumption that readers follow many other titles, and the opening chapter may well puzzle anyone who’s not read Ewing’s Empyre. He’s also fond of little in-jokes. Years and years ago the Shi’ar Imperial Guard were created as not too far removed from DC’s Legion of Super-Heroes, so why not give them enemies not too far removed from the Legion’s greatest foes the Fatal Five? That’s all icing on the cake, though, and the Lunatic Legion stand up well as threats in their own right.

Departing artist Valerio Schiti is a loss, no doubt, but eventual replacement Jacapo Camagni is no slouch at providing the action even if sometimes he draws people too stiffly. Before then the always reliable Stefano Caselli, and Guiu Vilanova have delivered their form of space opera.

Ewing is obviously plotting for the long term, but as this is the final volume several matters will have to be settled elsewhere. It’s satisfying enough, though, with a main plot concluded in a shocking way and plenty of emphasis on why Storm is such a great character. Considering how essential she was to Vol. 1, until the final chapter there’s not enough Abigail Brand, but what is supplied is consistently smart and fun superhero entertainment. 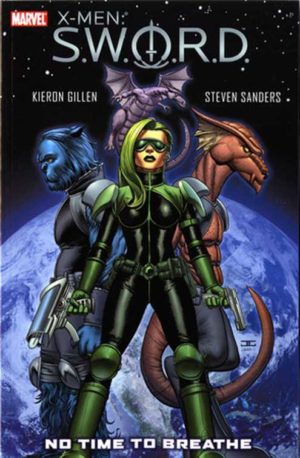 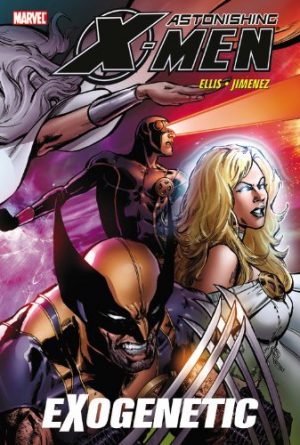