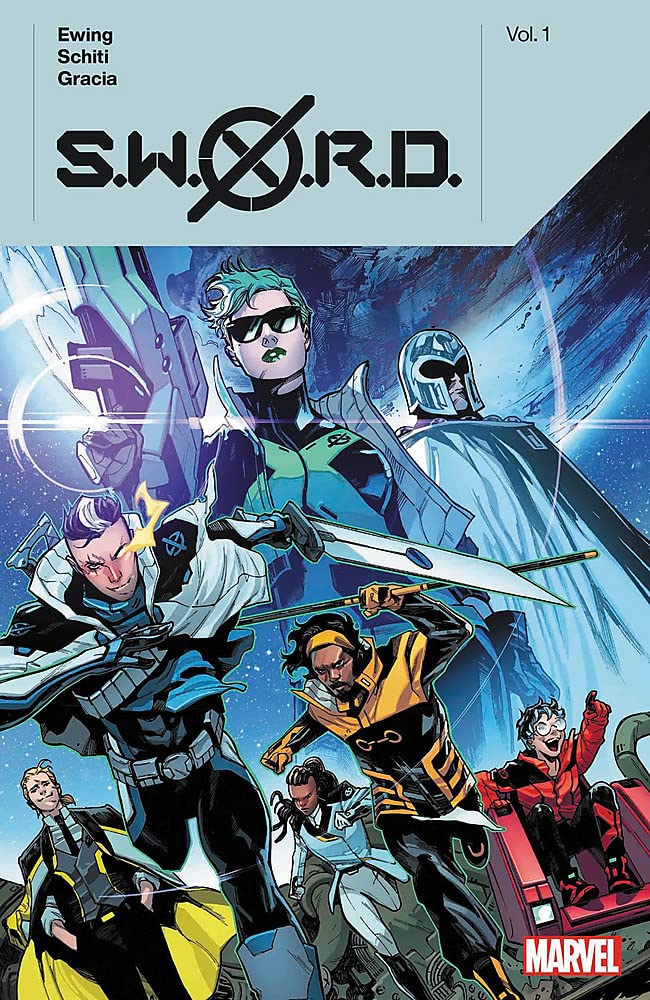 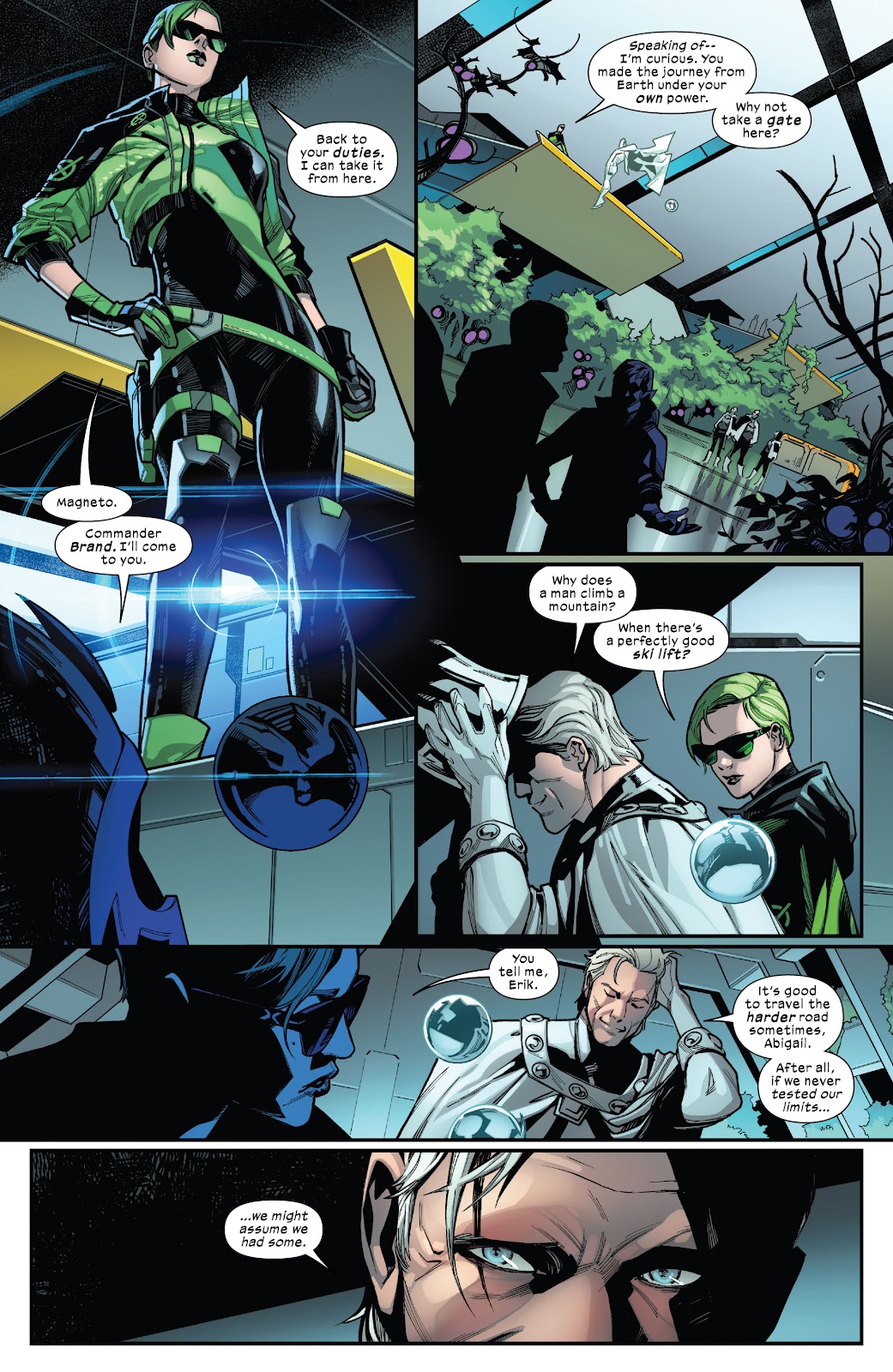 At one time S.W.O.R.D. was an orbiting space station under the control of the formidable Abigail Brand, tasked with both warning about possible alien incursion, and the first point of contact. Now it is again, is the short synopsis, except managed by representatives of Krakoa’s mutant population. A few issues of control and authority are clarified over an engaging opening chapter of Magneto touring the facility, which is the method Al Ewing uses to fill us in on the schematics and possibilities.

By the time Ewing was handed a chance at a rebooted mutant title almost all the prominent mutants, good and bad, were occupied elsewhere, obliquely noted by Brand commenting “Slim pickings, short notice. We’re working on it”, with reference to the presence of Fabian Cortez. However, Ewing works with what’s available. Despite a fair amount of reference to the past over the opening chapter, Ewing ensures new readers can understand the personal relationships, and he ends with an eye-popping example of combined teleportation talent. This is amazingly drawn by Valerio Schiti, surely the most under-rated artist Marvel currently employ. He gives us detail, character and first rate action and his spacescapes are astounding, sometimes serene, sometimes violent.

Brand’s acerbic, aggressive and manipulative personality was established long before Ewing, but he takes the gift he’s given and maximises the potential. He uses her to display his own consideration of alternatives in the explanatory text pages, and her method of dealing with some recruits who’re frankly scum is very entertaining. Ewing also transmits the constant desperation, where another planetary threat can emerge out of the blue when half a dozen are already being monitored, and that’s not even taking into account organised and financed groups of humans who see all mutants as threatening.

The meat of this volume ties in with crossover King in Black, but while it’s obvious other matters are occurring elsewhere, Ewing restricts his contribution to his own cast and just uses the menace as an extension of that. Would that more writers have the same consideration when it comes to crossovers, as the result is a thriller. Under Ewing the previously hollow vessel of Cortez becomes interesting, as does obscure Jack Kirby creation Peeper, there’s a great Doctor Doom moment, and Schiti’s version of the Galactic Council is another stunner.

Ewing and Schiti may have been late starters on the X-Men titles, but theirs is among the best series. Their slim paperback packs a density in terms of ideas and plot. For maximum enjoyment don’t skim read until the next fight scene. Vol. 2 concludes the series. 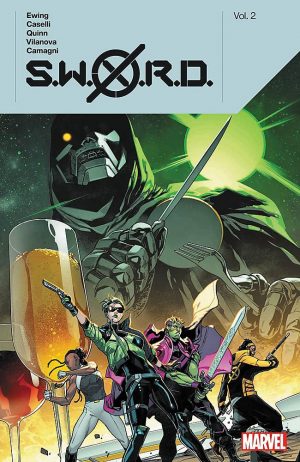