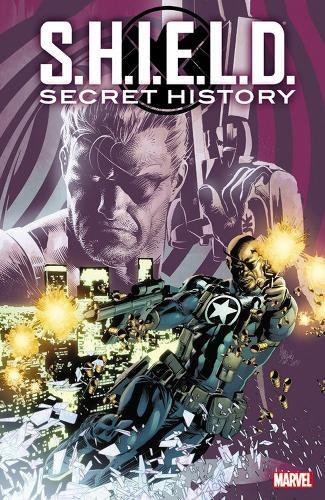 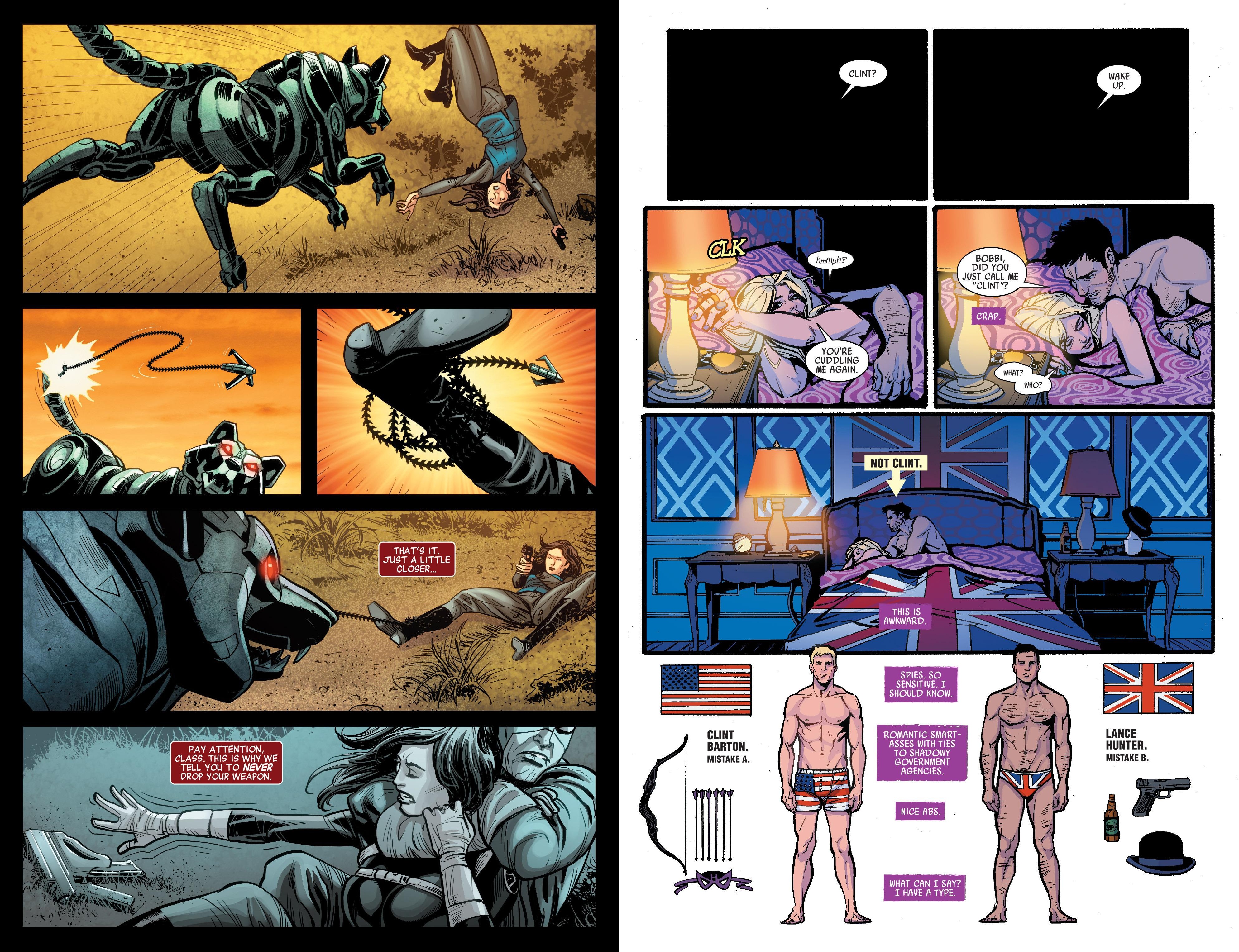 Originally introduced at the height of the TV and movie fad for secret agent stories, S.H.I.E.L.D. (or Strategic Homeland Intervention Enforcement Logistics Division as it was later revised to) celebrated a presence of fifty years in Marvel adventures in 2016, largely led by Nick Fury. With its own TV series already successful, Marvel issued five one-shot specials by different creative teams, collected here along with the débuts of Sgt Fury and his Howling Commandos, S.H.I.E.L.D.’s own series and the new Nick Fury. New Nick Fury? In the interests of diversity and some connection with the Marvel movies, the old guy with the eyepatch was phased out and replaced by a bald African American. If you really want to know how this could be the original’s son, check out Battle Scars.

Both Furys are cleverly combined on what appear to be separate cases in David F. Walker’s script, half set in 1965, half in 2015, with the stirring of racial hatred the common element. It twists away nicely, and while nothing about Lee Ferguson’s art sticks in the mind, there are no problems either.

Kathryn Immonen’s take on Peggy Carter, who she also wrote in Operation Sin, plain doesn’t work. It’s set in the 1960s and a jocular tone is intended as Peggy has to babysit S.H.I.E.L.D.’s potential new recruit, the Asgardian god Sif. The jokes are feeble, the later plot development hardly seems logical for Nick Fury, and highlighting that in the dialogue just underlines the mistake. Rich Ellis tells the story efficiently without producing memorable art.

Jody Houser’s tale of the Cavalry is an improvement. So known due to her almost unmatched combination of skills within S.H.I.E.L.D, she’s assessing a training exercise for new agents that goes wrong. Luke Ross art is always welcome (sample spread left), and while there are no great surprises there’s a level of tension until the end.

Joëlle Jones supplies the collection’s artistic highlight for the Mockingbird spotlight, going the extra mile to work in effective design elements to both her panels and pages (sample spread right). Chelsea Cain’s script is also good, mixing forensics, humour and well concealed surprises with an emotional pull for the best content in the collection.

It takes both Matthew Rosenberg and Patrick Kindlon to write Quake’s story, but for novice writers they do an okay job, moving what we believe is happening away from what actually is, although it requires some convenient characterisation to achieve this. Daniel Warren Johnson hasn’t found his style yet, and his pages swither between cartooning and more naturalistic illustration, and it’s an awkward mix.

The book is completed with the final chapter of Battle Scars, but before then there are two 1960s reprints. The first issue of Sgt Fury is extremely word heavy by today’s standards, with the plot surely drawing heavily on Jack Kirby’s own World War II experiences, exaggerated for dramatic or comic effect. Stan Lee’s light hearted dialogue provides the team with distinct, if at this stage one note characterisation. It’s fun if you’re in the right frame of mind, or dated if not. In comparison the S.H.I.E.L.D. strip from the 1960s is more ordinary,

Does this do the idea of S.H.I.E.L.D. justice? Not really, but it’s never been a feature that Marvel’s managed to sell successfully, in comics that is. There have probably now been more episodes of the TV show than there have been S.H.I.E.L.D. comics, which means the concept is solid enough, just hardly ever handled in more than average fashion.