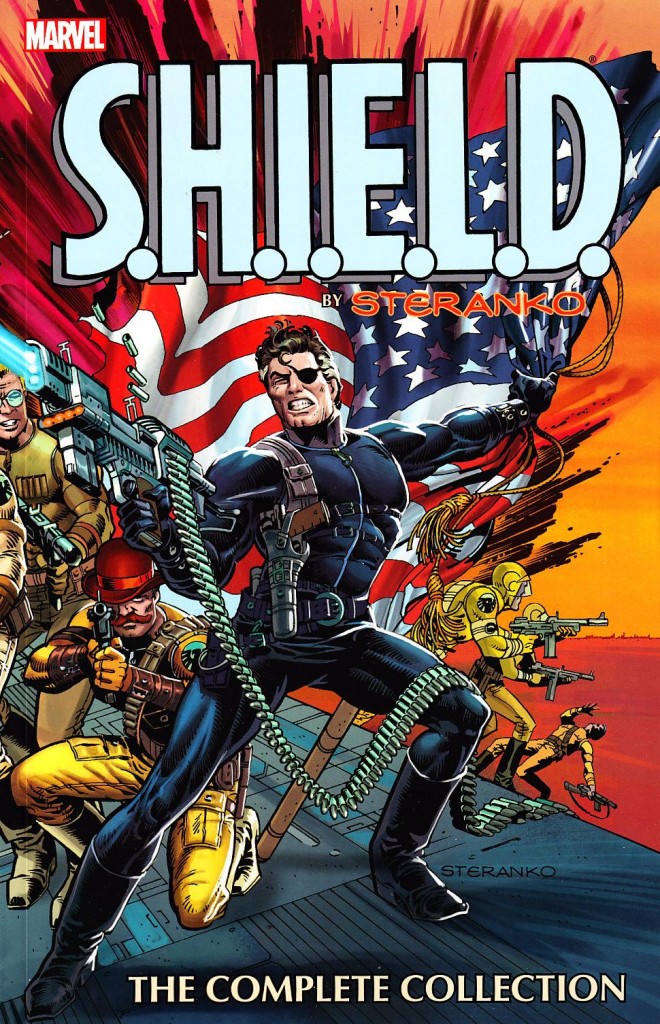 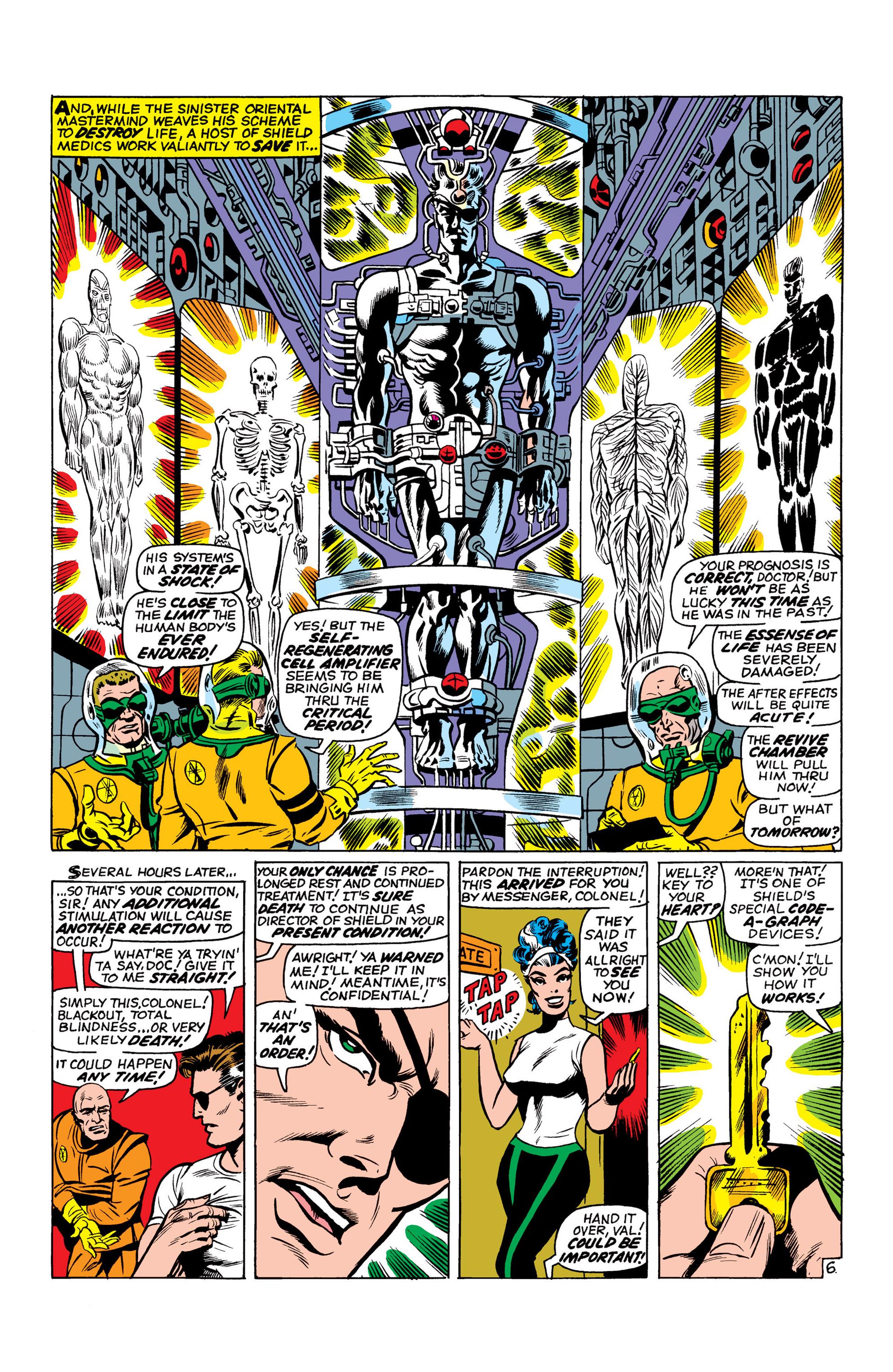 There’s a legacy effect of comics witnessing the fascinating progression of artists. Some have talent enough to be employed for several years of relatively anonymous work before discovering a comfortable style. Others ape an established artist and flourish only after shedding that reverence, while others still develop so rapidly it’s almost possible to chart their progression month by month. The original example of this latter group is Jim Steranko, an astonishing artist whose influence is still seen today in the work of others. It’s also possible to flick through this collection and note image after image that you’ve seen redrawn by another artist either as homage or swipe, such is the strength of composition.

Popular imagination has a fully formed Steranko transforming Nick Fury’s S.H.I.E.L.D. strip into something magical. This discloses a more gradual process. Steranko’s earliest material is competent, but crowded and fussy due to illustrating Jack Kirby’s layouts. An occasional individual touch manifests, such as Fury’s hair or the design on a background screen, but Stan Lee’s leaden scripting has dated poorly.

When Steranko gets to write his own material it’s initially as leaden as what came before. The art occasionally sparks into life, but it takes a while before Steranko locks into what made his work the touchstone it remains. His writing is as verbose as Lee’s, he remains in thrall to Kirby for a long while, and his figures looking weightless is a problem he never entirely overcomes. Even within this period he’s taken some chances with method and design, and while they don’t all pay off, Steranko learns from his mistakes. There are hints, but it’s after the conclusion of a long Hydra story that he blossoms.

Why is Steranko’s later art so compelling? He was the first Marvel era artist to step definitively away from Kirby’s shorthand dynamics, introducing greater delicacy, and a view of the comic page as a single entity as well as a progression of panels. Marvel briefly labelled their 1960s comics as “Pop Art Productions”, yet only Steranko’s pages shone with influences from the art world beyond comics, these sometimes fused with homages. His distinctive title pages, for instance, with the lettering incorporated into a design, harken back to the work of Will Eisner on The Spirit, but reimagined for the shiny modern strip Steranko was drawing. Crucially, he also coloured his work, understanding the importance of vibrancy decades ahead of his time, and creating a dizzying array of hypnotic effects.

The writing is never as imaginative, Fury all too often relying on some amazing device to extricate himself from his James Bond influenced predicaments, but Steranko diversifies the cast from faceless S.H.I.E.L.D. agents, keeps accelerating the pace and devises fantastic threats. The character elements vacillate between unashamed melodrama – “Again my heart grows heavy with guilt for I must witness more of my Uncle’s malevolent designs” – and he-man banter – “The tougher it is, the more I like it! Any time, any place, any weapons”. For much of the book there’s a feeling of scripting on the fly, but it serves the art.

A primary villain, the Yellow Claw, may now be considered a racist stereotype along Fu-Manchu lines, yet Hong Kong martial arts movies were still using such characters decades later.

Steranko’s work is available in an assortment of other formats. It’s seen at its best in the oversized S.H.I.E.L.D. Complete Collection Omnibus, but also in the second Marvel Masterworks S.H.I.E.L.D. volume, and the opening half of the book as Nick Fury: Agent of S.H.I.E.L.D. and the remainder as Who is Scorpio?