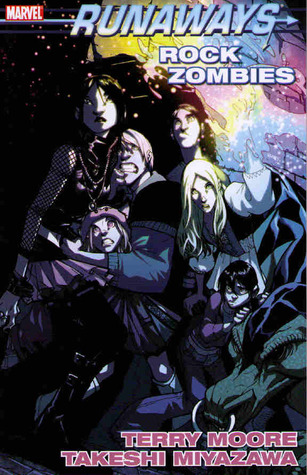 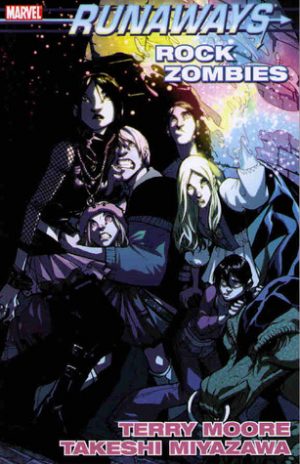 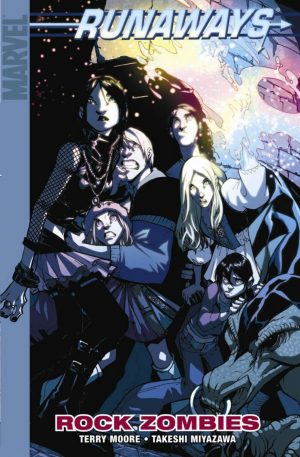 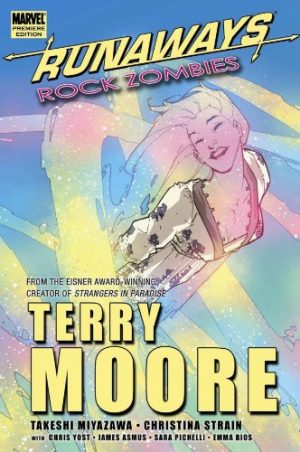 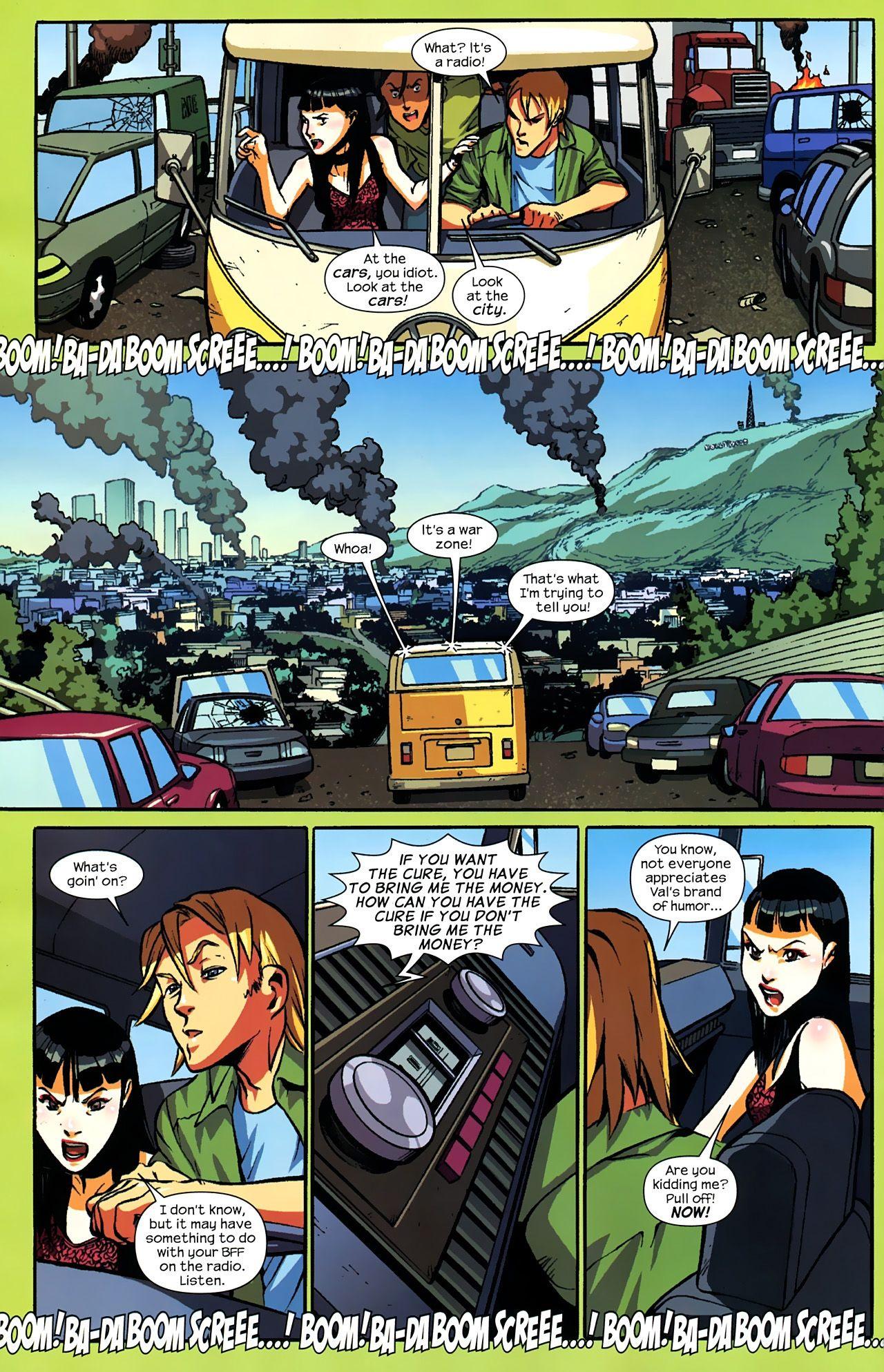 Dead Wrong introduced nihilistic LA radio DJ Val Rhymin’, who has a form of mind control powers. He’s based on any number of odious radio personalities, used to saying and doing what he wants, and cruising out of control. His master plan is to turn the population of LA into zombies and have them bring him riches for the cure. It’s reassuringly old school, and he appears to have given zero thought about how he’ll escape with the several tons of precious metal and jewellery he’s accumulated. Luckily, he’s stopped before that becomes a problem.

A few good ideas are buried within what’s not a very good story. The key to transforming people into zombies is a nice touch, and some of the character pieces are charming, with Molly’s insistence on the team having costumes the highlight. However, that’s balanced against the unconvincing moments. Terry Moore was bequeathed a potentially fascinating character in Klara, a child from 1907 with all the attitudes of her era, and yet after a few moments of puzzlement in Dead Wrong she’s now completely acclimatised to the 21st century, which erases much of her charm. Moore’s better with Chase, and there are revelations about Nico that might have had later consequences, but he pretty well ignores Old Lace. The title story is his finale, and overall he’s been disappointing, a good writer with slice of life dramas not being able to transfer that effectively when a superhero element is required.

As with his previous stint on Young Avengers/Runaways, Takeshi Miyazawa’s art is a mixed blessing. He characterises the cast with a mangaesque style, and lays out the pages well, but when it comes to the detail he’s sometimes lazy. There’s a sequence where the Runaways are surrounded by zombies, followed by a neat visual trick, but suddenly the streets are empty, beyond the call of the story. It’s not the only place this occurs.

This very thin book is completed by two short stories. Chris Yost gives us Molly trying out for the X-Men. The comedy element of her tiring them all out with her eight year old whims and comments works well, but the superhero pages tacked on at the end have the feeling of being just that, and the plot with the remainder of the team just fizzles out. Nice art from Sara Pichelli, though. It’s matched by Emma Rios on the final piece, as a game of truth or dare has odd consequences. While only a brief tale, James Asmus has a good handle on the team’s personalities, and might have been better continuing into Homeschooling. Both volumes are collected in Runaways: The Complete Collection vol. 4.