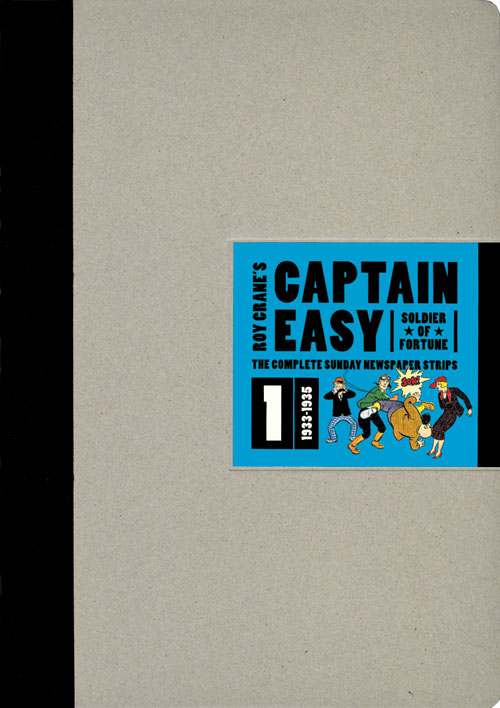 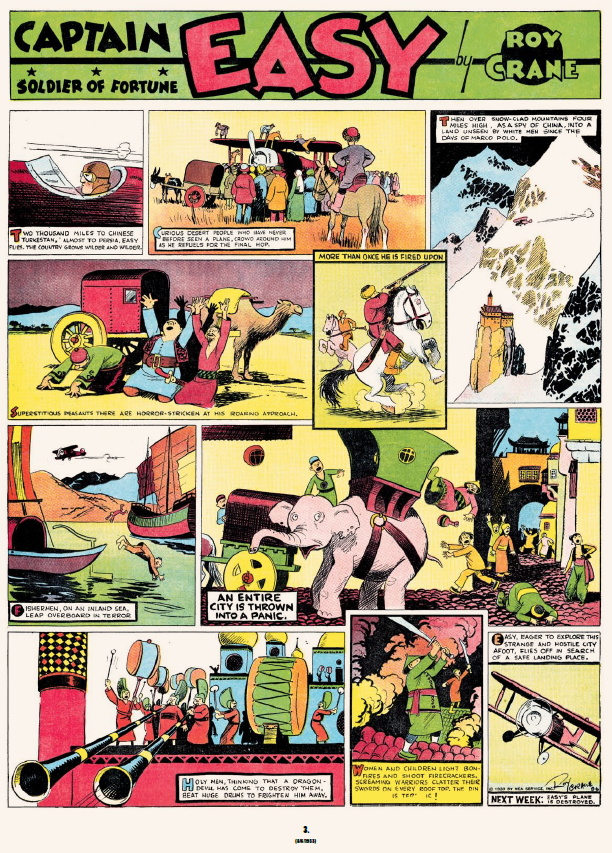 Modern comics evolved from newspaper gag and comic strips. These pictorial features were, until the late 20th century, utterly ubiquitous, hugely popular with the public, and highly prized by publishers who used them as an irresistible sales weapon to guarantee and increase circulation and profits.

It’s virtually impossible for us to today to understand the overwhelming power of the comic strip in America (and the wider world) from the Great Depression to the end of World War II. With no television, broadcast radio far from universal, and movie shows at best a weekly treat for most folk, household entertainment was mostly derived from the strip sections of daily and especially Sunday Newspapers. “The Funnies” were the most common recreation for millions who were well served by a fantastic variety and incredible quality of adventures and exploits.

Debuting on April 21st 1924, Washington Tubbs II was a comedic gag-a-day vehicle. When it premiered Tubbs was a diminutive and ambitious young shop-clerk, but gradually the strip moved into mock-heroics, then through cosy, non-confrontational action, only to become a full-blown, light-hearted, rip-roaring adventure series. As the tales became evermore exotic and thrill-packed, the globe-trotting little dynamo clearly needed a sidekick who could believably handle the strenuous combat side of things, and thus Wash liberated a mysterious fellow American Captain Easy from a European jail cell and history was made. Before long the mismatched pair were travelling companions, hunting treasure, fighting thugs and rescuing a bevy of startlingly comely maidens in distress.

After a couple of abortive attempts starring his little hero, Crane bowed to the inevitable and created instead a full-colour Sunday page dedicated to his increasingly popular hero-for-hire. Captain Easy debuted on 30th July 1933 in wild and woolly escapades set before his first fateful rendezvous with Tubbs.

This first sublime archival volume begins with the soldier of fortune undertaking a mercenary mission for the Chinese government to spy on the city of ‘Gungshi.’ In the heyday of popular exploration and aviator exploits, the bold solo flight over the Himalayas to Chinese Turkestan was stirring enough but when Easy then infiltrates a hidden citadel it heralds the beginning of a rollercoaster romp with sword-wielding Mongols, sultry houris, helpless dancing girls, fabulous beasts and wicked bandits. The heady, intoxicating dramatic brew captivated entire families across the planet, week after addictive week. With an entire page and vibrant colours to play with, Crane’s imagination ran wild and his fabulous visual concoctions achieved a timeless immediacy that made each page a unified piece of sequential art.

In an era where ethnic stereotyping and casual racism were commonplace and acceptable – if not actually mandatory – the introduction of a vile and unscrupulous Yank as the exploitative villain was and remains a surprising delight.

However, Roy Crane was an utterly irrepressible gag-man and his enchanting chapter-play serial abounds with breezy light-hearted banter, hilarious situations and outright farce – a sure-fire formula modern cinema directors plunder to this day. 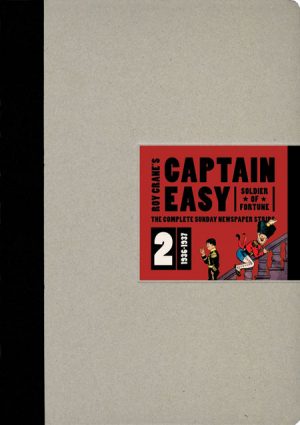 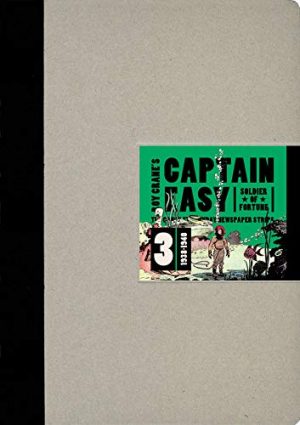 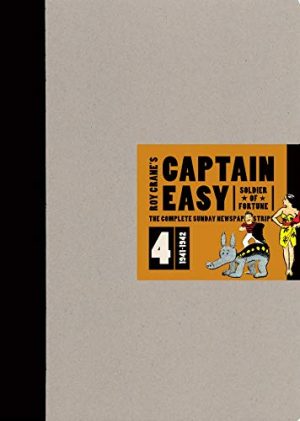