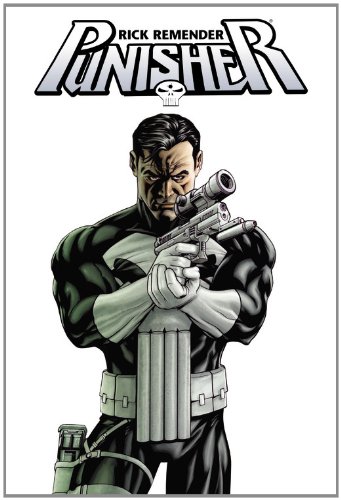 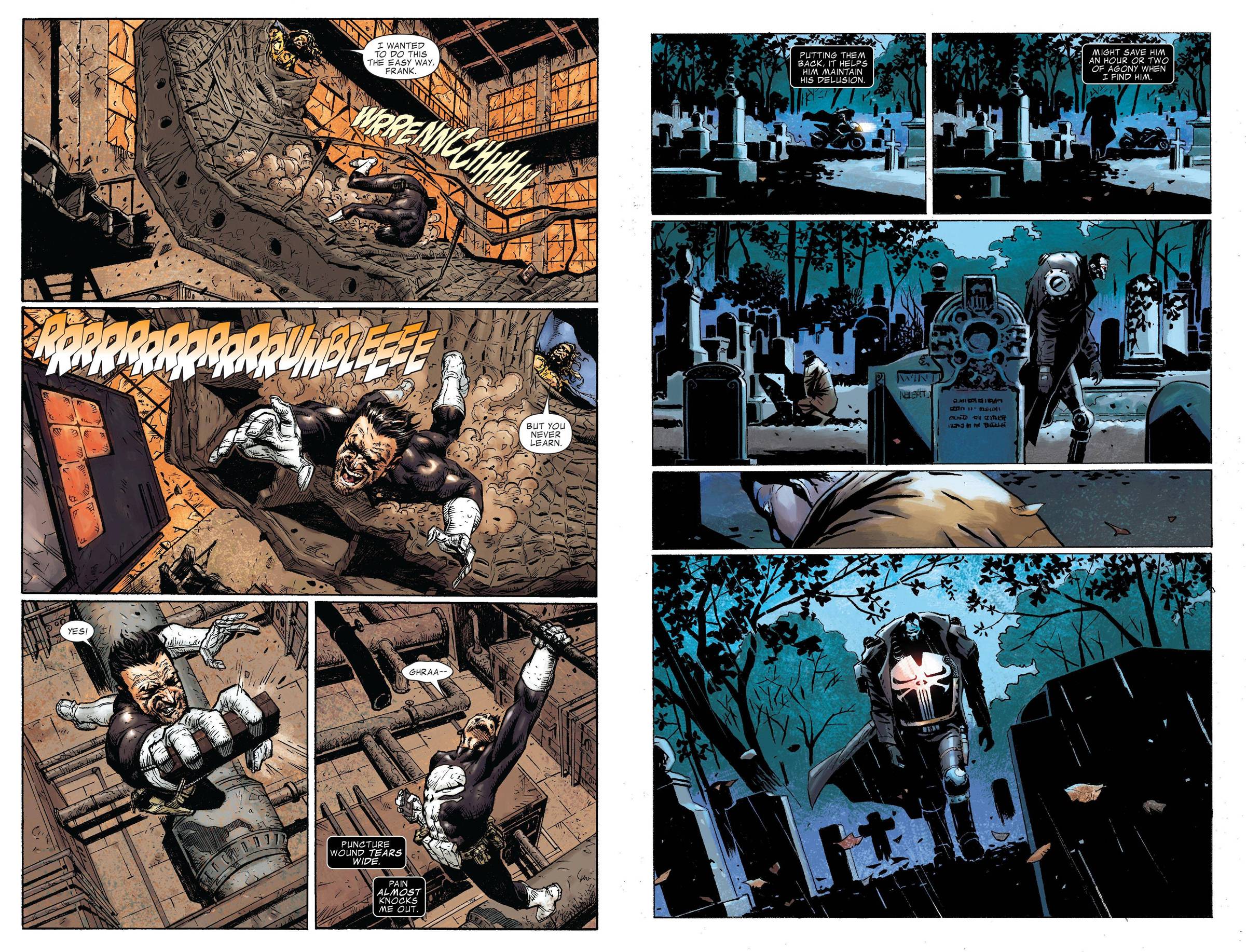 Rick Remender’s Punisher writing was previously gathered in four trades, three of them standard, one considerably thicker and contributing almost half the content here. It’s an always interesting selection if sometimes unconvincing, and transforming the Punisher into a Frankenstein’s monster for the Franken-Castle section was a brave move that paid off creatively.

Let’s start there. While better writers have produced memorable Punisher stories, he’s actually developed very little from the character introduced by Gerry Conway in 1974. Therefore, a prolonged transformation broken down into two very different stories is a welcome experiment. This is still the relentless Punisher we know, but while strengthened considerably, his new form hampers him via a reliance on medication and slow reactions. He’s set against monsters and monster killers, then contrasted with another conflicted character having rapid recovery and regeneration abilities. The battle with Daken has other writers intruding into Remender’s Omnibus, but the result is four enjoyable chapters of relentless cinematic excess.

From the way the stories break down, Remender transmits as a writer able to conceive visual sequences, but he’s very much dependent on the quality of the artists, and almost everyone used for more than a single chapter is inconsistent. A rushed Tony Moore is very different from the artist who has some time, also applicable to Dan Brereton, whose period pages for an interlude exude class, but over a longer closing chapter to ‘Franken-Castle’ his layouts become more basic. The gritty imagination of Jerome Opeña (sample spread left) provides the opening five chapters, in paperback as Dark Reign, but by virtue of drawing In the Blood as well as some of Frank’s transformation, Roland Boschi (sample right) draws more of Remender’s work than any other artist. He’s also inconsistent, but with more good pages than ordinary.

The Punisher’s dead wife Maria is used as a form of nagging conscience, the thread running through all stories. It’s something that pays of magnificently well after seeming to be the trite option in an encounter with arch-enemy Jigsaw, but all too often elsewhere it’s a shorthand push of the emotional button. Even when Maria becomes a form of temptation, a defining moment of how Remender sees the Punisher, the concept fails to ignite after all these years of the Punisher murdering criminals. Another set of family dynamics are explored by Remender introducing someone who helps the Punisher by acting as technical back-up, valuable by and large, while the exploration of resentment it leads toward isn’t as well handled, being led by the needs of the plot.

One traditional aspect of the Punisher Remender avoids is the first person descriptive war journal style caption. He uses captions, but they’re more introspective in places, and Remender spends a considerable time building up villains and their motivations, some scheming, others simpler. They’re most obvious during the content available separately as Dead End, which applies some creativity to a bunch of resurrected villains, before their death considered strictly third rate. Remender will change your opinion of that.

If you can overlook the occasional plot glitch and are aware that little of the art is spectacular enough to really justify the expensive oversized format, most of this Omnibus is entertaining. 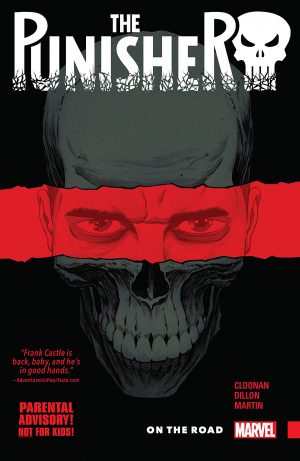