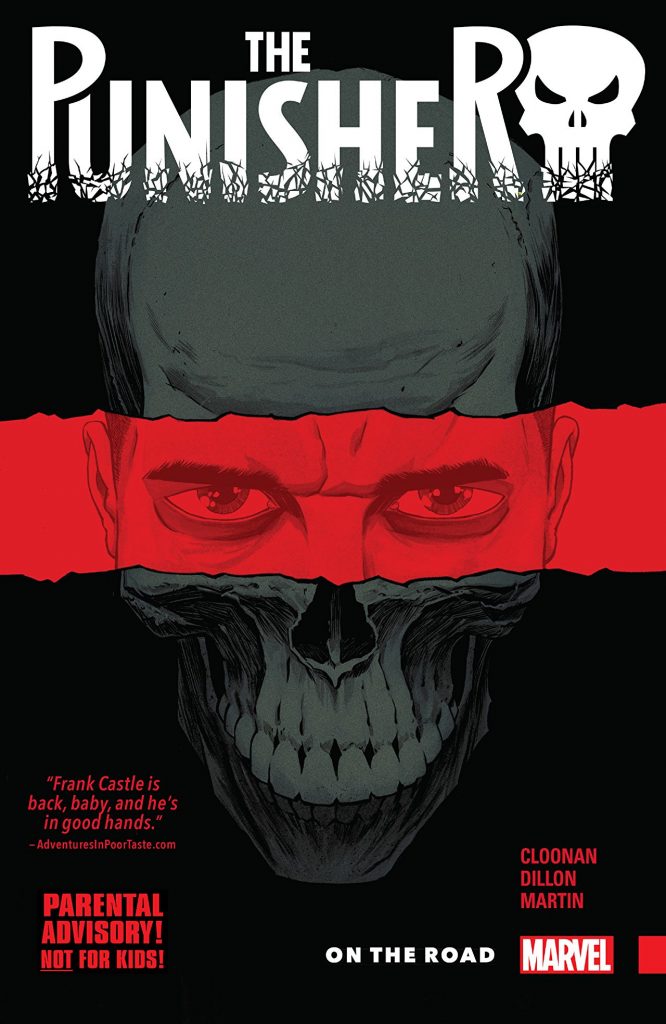 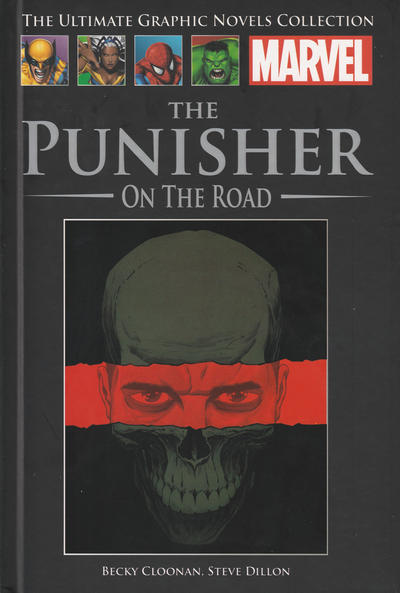 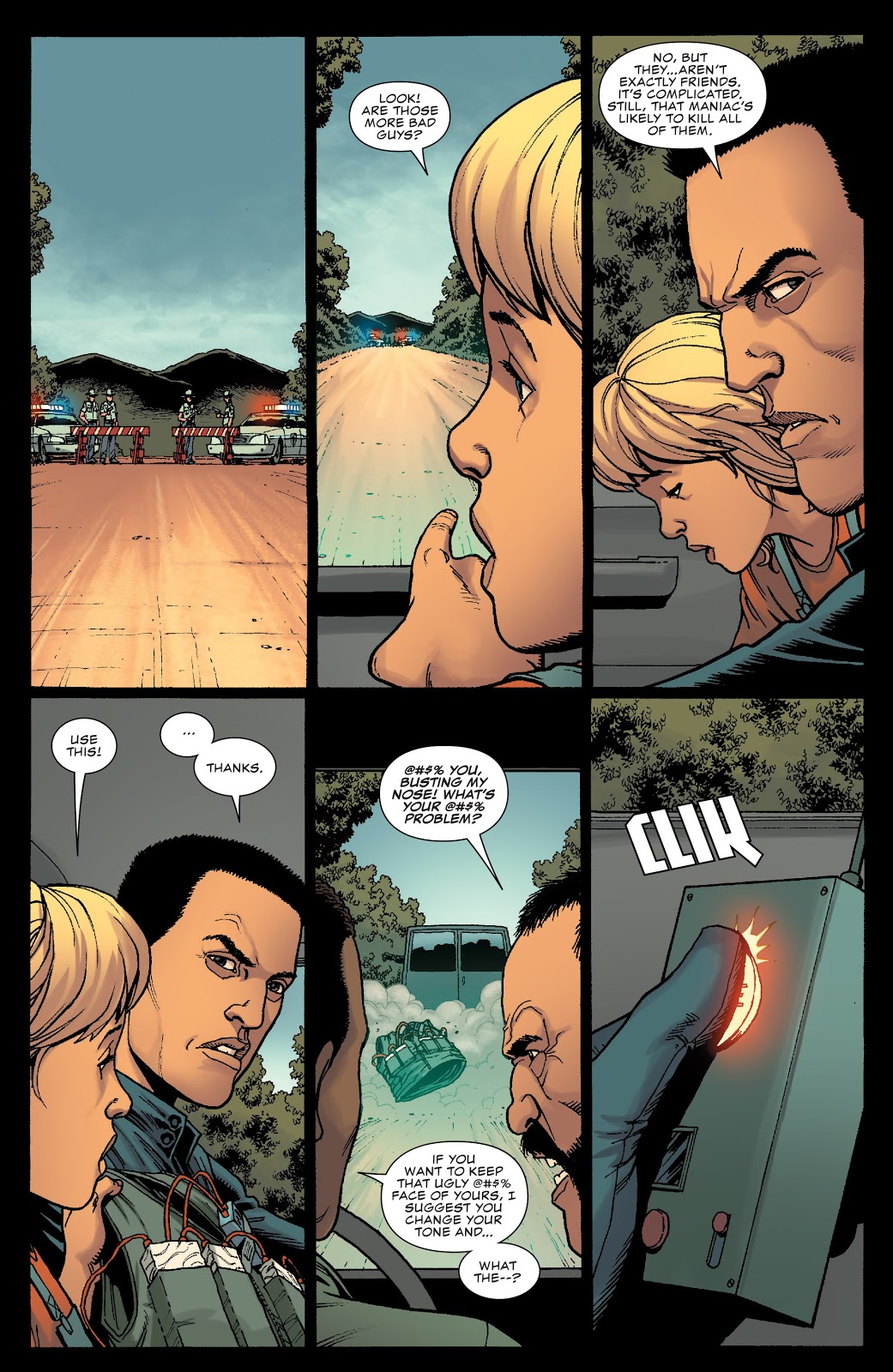 More so than any other Marvel character it’s difficult to come up with a new wrinkle on the Punisher. War stories have worked, but almost every other attempt to remove him from a one man army taking on organised crime has been a creative mis-step. Becky Cloonan’s well aware of that, and the bonus is that Steve Dillon, responsible for many Punisher highlights, is back to illustrate her plots. His economical storytelling presents a grim-faced Punisher as an almost superhuman force marching forward, spewing bullets and leaving hell in his wake.

Cloonan opts for the long form gangster novel, occupying both On the Road and End of the Line. The Punisher believes he’s ended a major drugs operation, but two surprises await. Firstly that he hasn’t, and secondly that his old platoon commander is involved. The DEA have also been targeting the operation as the experimental drugs being sold can transform people into brutal fighting beasts, and the man behind it all is called the Face for a disturbing reason. The Punisher has a trail to follow, and follow it he does. Relentlessly.

It leads to a very rapid read as Cloonan throws in everything expected from a Punisher story, with the most disturbing incident involving a suicide vest. It’s a great idea, if exploitative with the potential to graduate to majorly distasteful, and perhaps mindful of that Cloonan underplays it. Not that On the Road is short of distasteful incidents, with the violence very explicit, justifying the parental advisory, which is definitely distasteful, the presentation with exclamation marks designed as a challenge, not a warning.

This is Dillon’s final full graphic novel, and he’s back to form with an old school Punisher and a neat way with the cannon fodder. By the end it’s become apparent that Cloonan’s secondary motive has been to push the already obsessive DEA Agent Ortiz into a corner, and this has been well sifted through the main story to arrive at a tipping point. The ending at first appears to be strained symbolism making for a good image, but it’s meant to be taken literally, and that’s an indication of the problems infesting the continuation in End of the Line. There’s little original about On the Road, but the nihilism would surely appeal to Jack Kerouac, and it serves up what Punisher fans want. 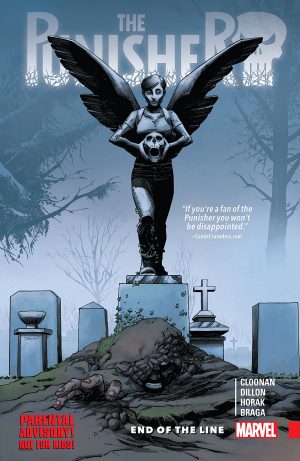 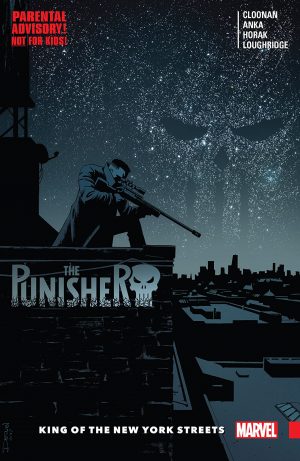 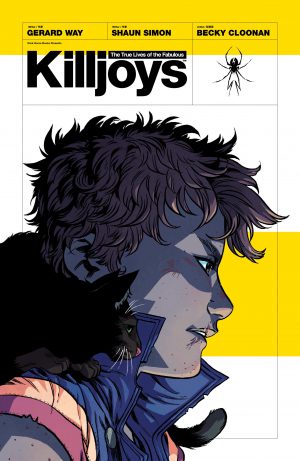