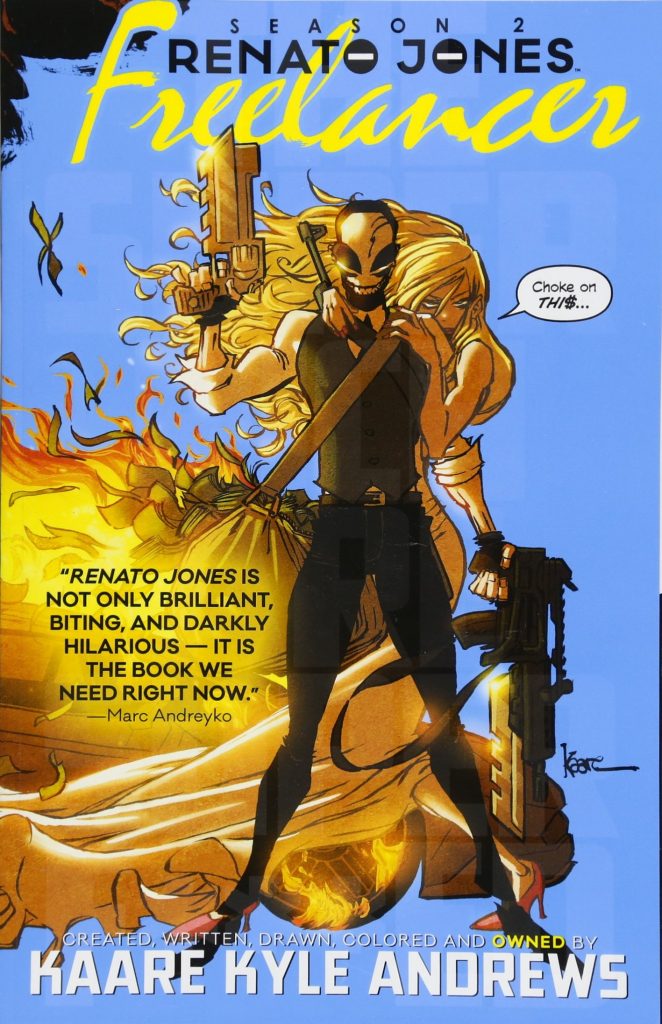 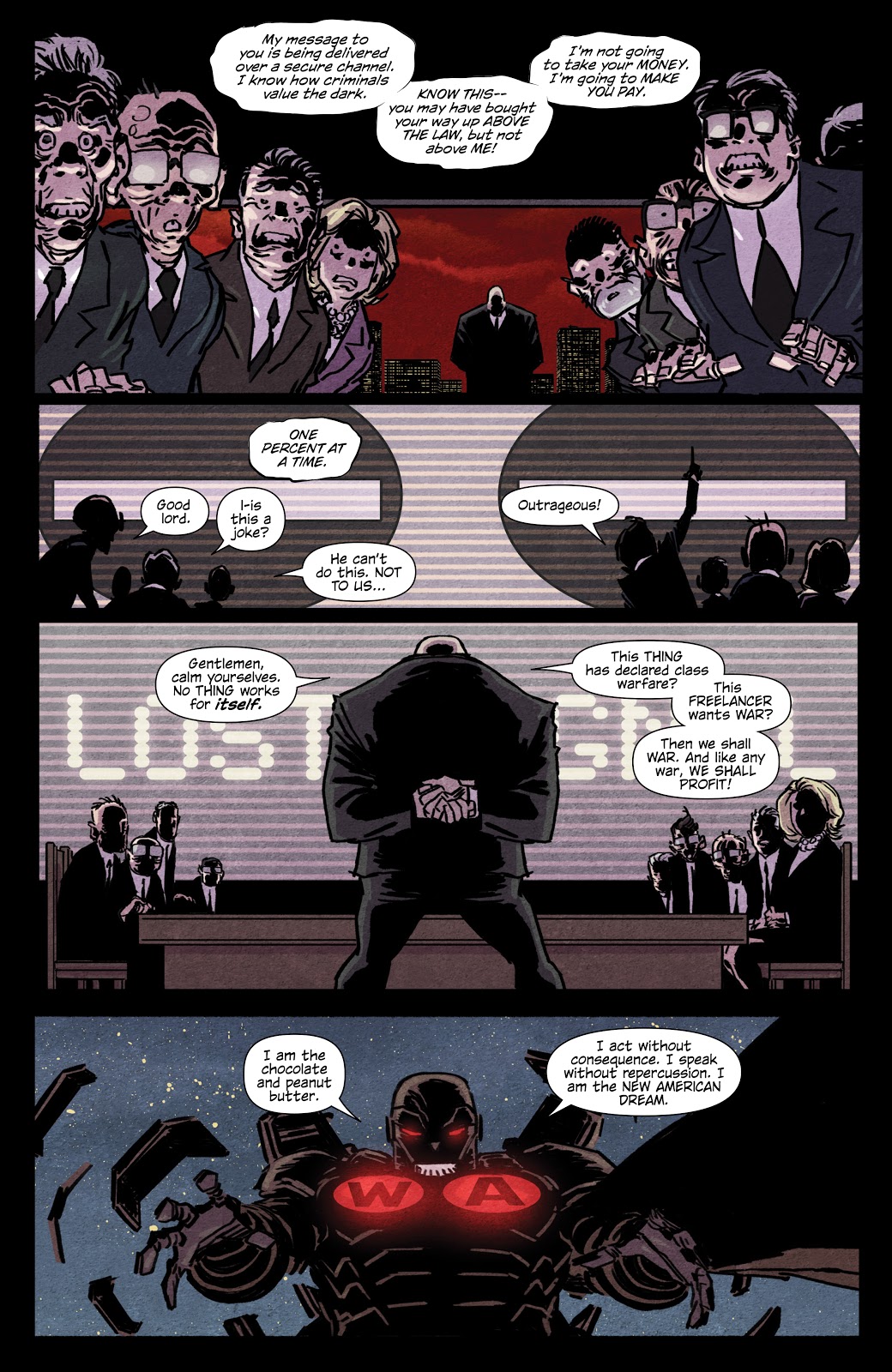 Freelancer, picks up where the first book, The One%, left off. In this volume, Kaare Kyle Andrews – creator, writer, artist and owner – provides a satisfying conclusion to Renato Jones/The Freelancer’s first story arc, which sees most of our main characters undergo some kind of metamorphosis.

This story is less disturbing and therefore more satisfying than in the first. Our tale, and protagonist, takes a sharp turn for the romantic and hopeful, after quite a lot of black-hearted misanthropy and bloody mayhem. The book is well plotted, cleverly doling out big reveals throughout (often as flashbacks) so our perception of many characters shift and evolve as the story progresses and races towards its bloody conclusion.

A typo in the first panel of page one reminds us that a good editor is worth their weight in gold. Sadly, a couple of similar typos affect these books.

As before, Andrews wear his love for Frank Miller proudly on his sleeve: black and white flashbacks look like they’ve been lifted from Sin City, and our hero’s costumed nemesis – Wicked/Awesome – looks as if he’s stepped straight from the pages of The Dark Knight Returns. The artwork and layouts are very dynamic and often clever, though they sometimes suffer from a lack of polish that makes some pages look like storyboards or first drafts.

One of our villains is called Doug Bradley. Coincidentally, or not, this was also the name of the actor who first played Pinhead in the Hellraiser movies. Andrews revels in Shakespearean drama and over-the-top bloodletting that would sit comfortably in Clive Barker’s nightmarish S&M world and it’s easy to imagine this is a nod to one of the modern masters of horror. Or he might have picked the name out of the phone book.

Whatever factors influenced his style, and this character in particular, there’s no doubt that Andrews is able to put enough of a spin on those elements to create something that’s fresh enough to be interesting. There are many similarities to other people’s work – The Punisher, V for Vendetta, Batman, Sin City – but what this lacks in originality it more than makes up for in energy, and at least the writer (artist, owner, creator, etc.) is trying to use his creation to say something.

This volume also sets things up for further adventures, should Andrews choose to go down that route.