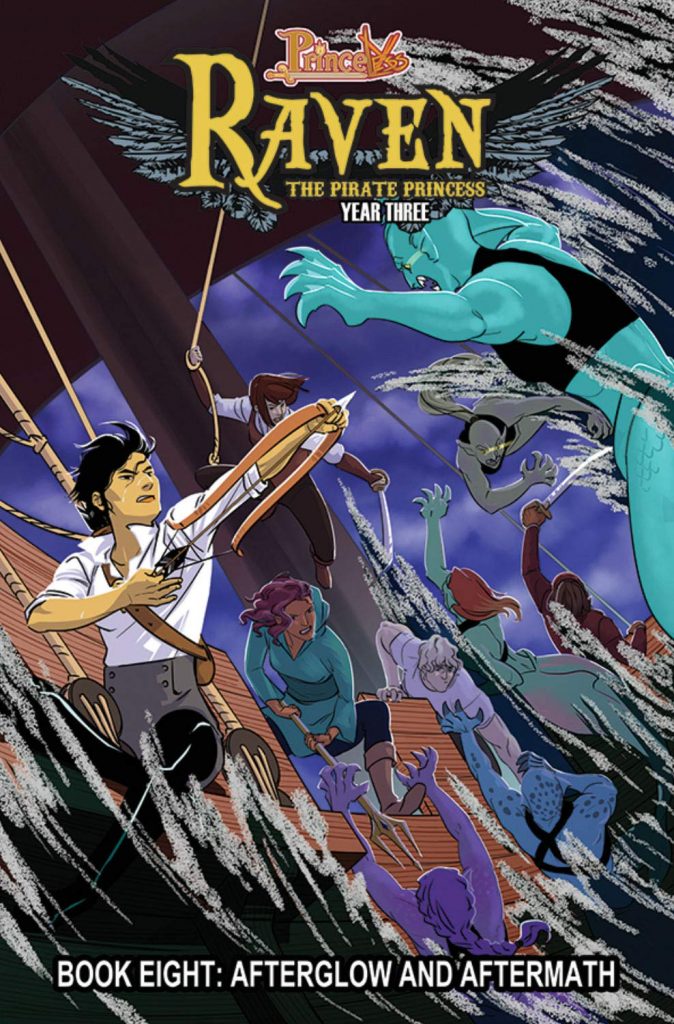 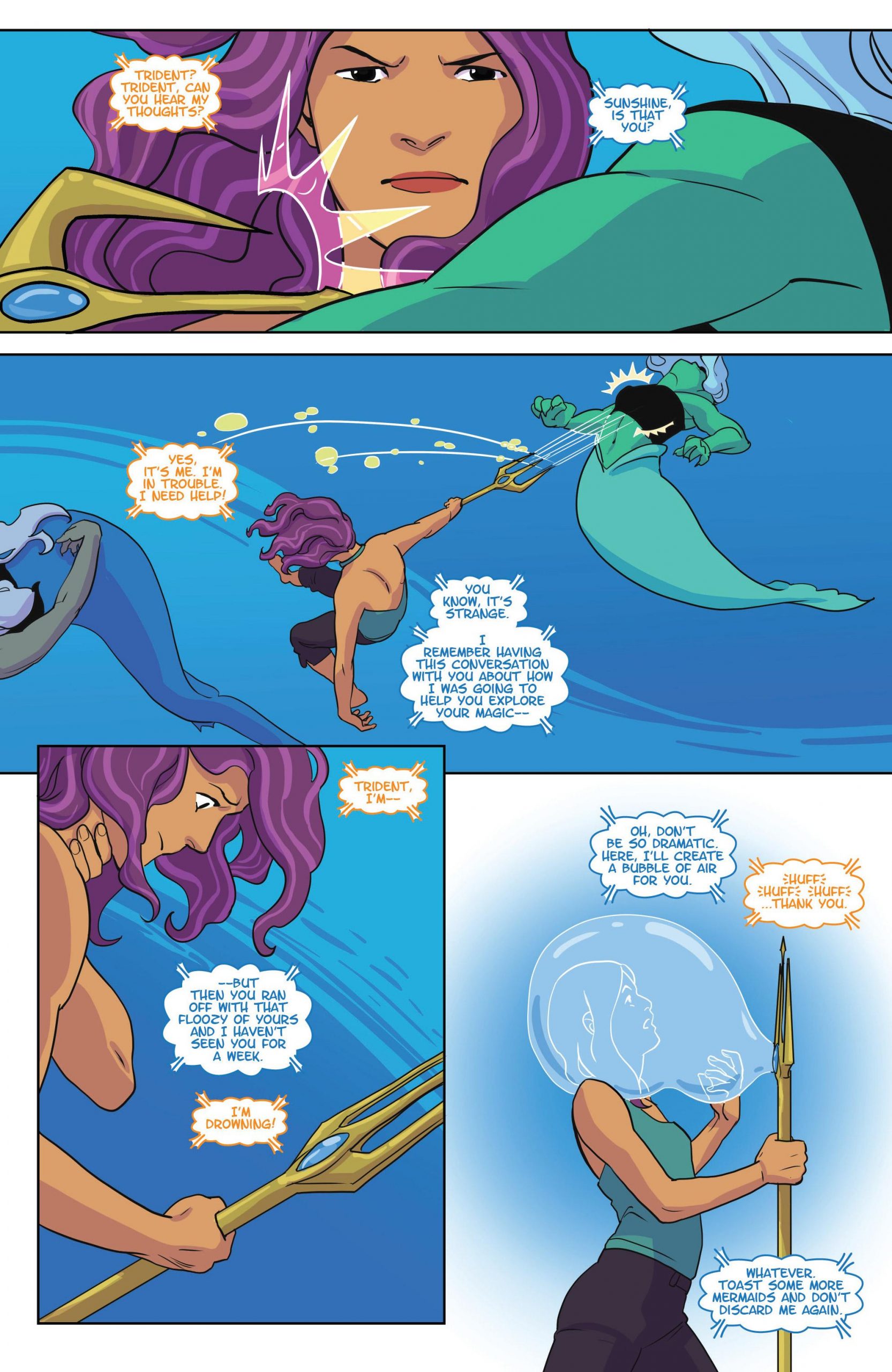 As suggested by the title, Afterglow and Aftermath picks up the morning after everything shown during Date Night, and it might be presumed this follows the pattern of the past by being the action graphic novel following the character study. Raven’s managed to deal with one of the brothers who imprisoned her, and now has a possible location for the other, hiding out on what’s ominously known as Monster Island. That’s more relevant than Whitley considering this Princeless: Raven the Pirate Princess Year Three – Monsters of the Deep beginning with chapter Five ‘A New Heading’.

When Sunshine was rescued in Get Lost Together, she was accompanied by a magical trident with a personality, a sort of more dangerous artefact of the type sometimes seen in Disney Princess films. Not all members of the crew were happy about her bringing the trident aboard the ship, knowing that the Mermaids want it back, and it leaves them open to attack. Well, their fears prove true, and after an opening chapter epilogue to the previous book there’s an action chapter, and the consequences play over the rest of Afterglow and Aftermath as the cast are split into pairs and separated from the remainder.

The true test of any relationship is how it survives stress, and having paired off the Raven’s crew, Jeremy Whitley injects the stress, as most are not isolated alongside the person of their choice. It’s the saving of what was becoming too comfortable, introducing some danger and tension and forcing some conversations that wouldn’t otherwise occur. It’s only a shame it took until halfway to generate them.

Here the art is again shared between Telênia Albuquerque and Xenia Pamfil, with Albuquerque (sample art) this time the bigger contributor. Their pages mesh well, though, with no clash of style as the art switches from one to the other. They’re both adept at a form of cartooning that’s solid and realistic while still allowing for some anomalies.

There’s a veneer of unreality about the latter stages, but as this continues in Black Fort and the Golden Queen readers will have to see how that plays out. This has been a book of two halves, slow and sometimes twee over the first, edgier and more interesting over the second, with the caveat that readers who really love the entire cast will rate this more highly. 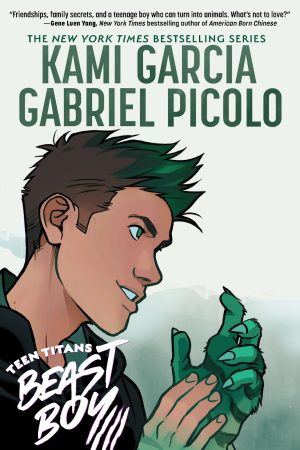 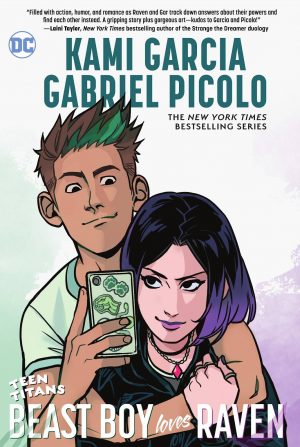