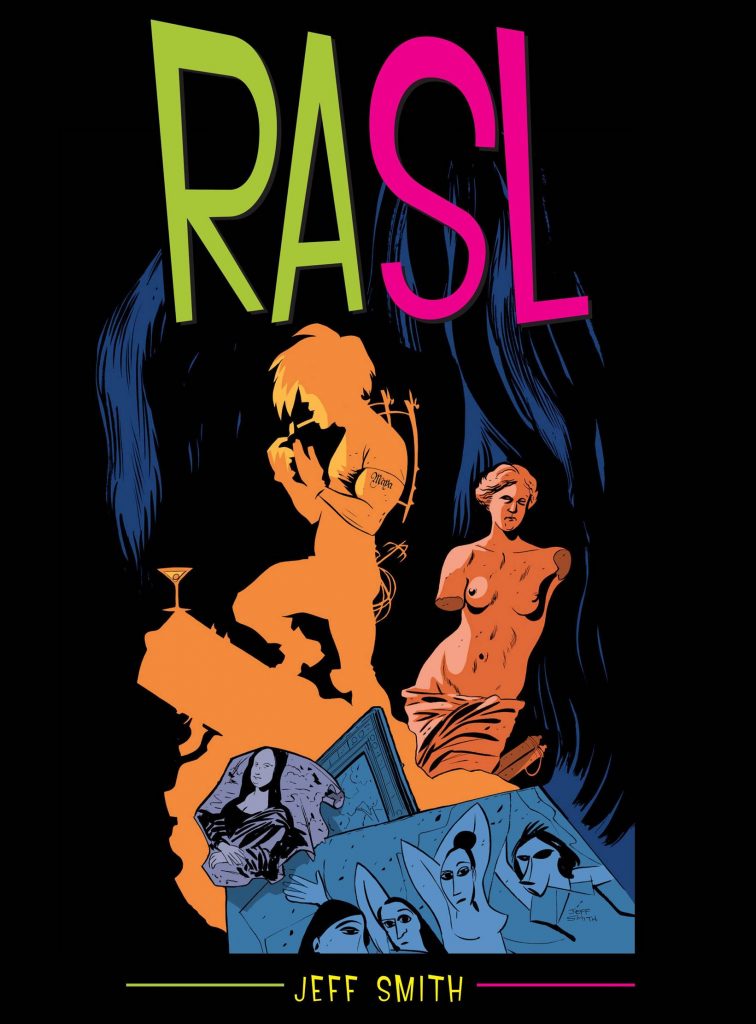 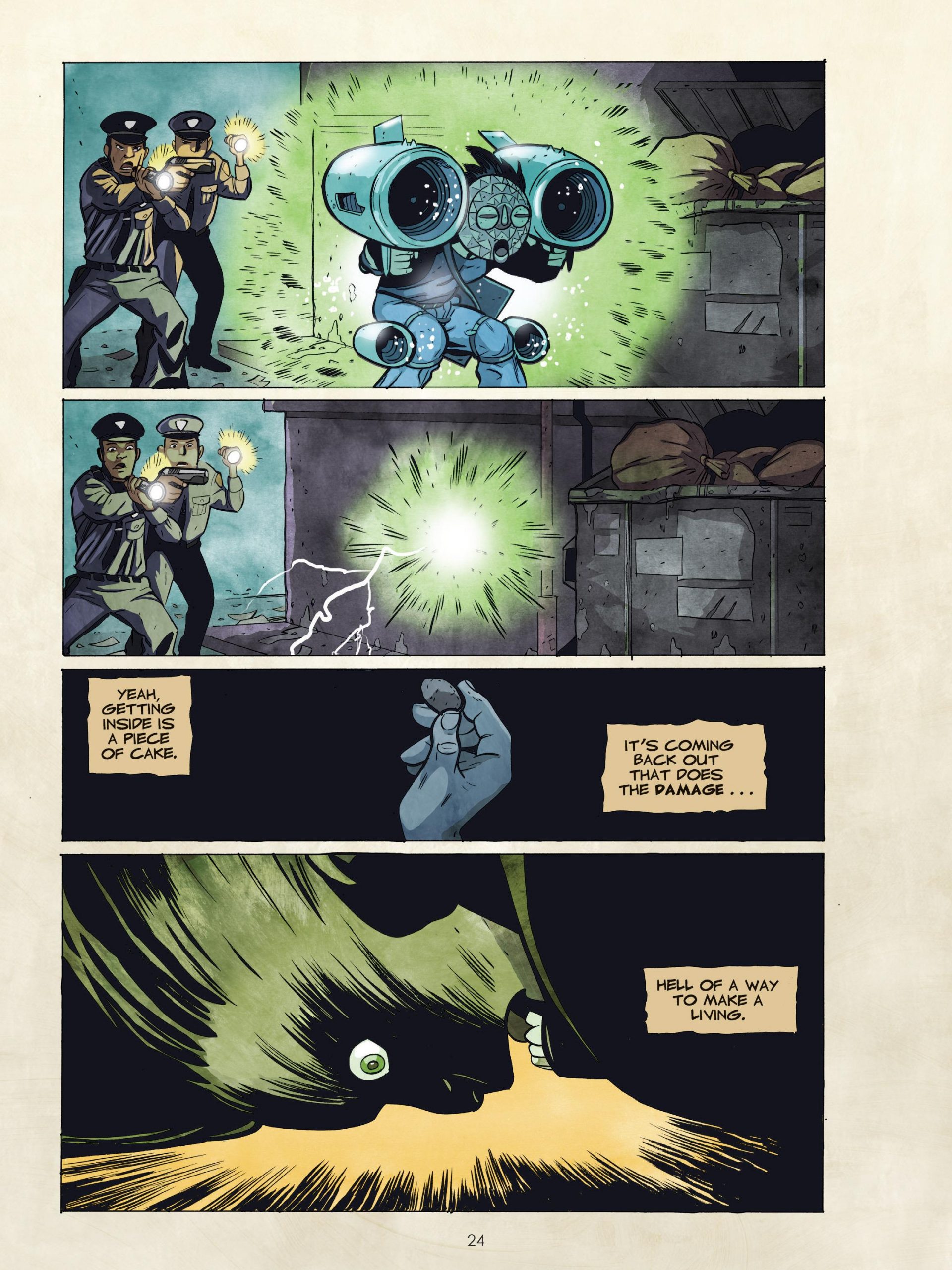 Jeff Smith spent over a decade completing the exotic and charming fantasy of Bone, then switched genres entirely for RASL, which is a noir action thriller with science fiction intrusions inspired by the work of maverick scientist Nikola Tesla. Rasl is available as four oversize editions in black and white or this hefty complete version coloured by Steve Hamaker.

In either incarnation it’s a fast-paced ride, initially puzzling, but with most mysteries cleared-up by halfway, the remaining pages propelled by a desperate course of action, suspense generated by whether or not it will succeed. The art thief who signs his name as Rasl was in another lifetime military research scientist Rob Johnson, developing a piece of teleporting technology along with lifelong friend Miles, while also carrying on a furtive relationship with their third partner, Miles’ wife Maya. He now has Maya’s name prominently tattooed on his arm. The technology was developed from Tesla’s theories, and actually enables the wearer of a powered harness to jump between dimensions to alternate Earths, which is what Rasl/Rob is doing.

To start with it seems Smith is having trouble adjusting to drawing less exaggerated humans, but that’s a concern quickly dispensed with as the innate talent adjusts. RASL is artistically dazzling, which isn’t always apparent as all art serves the story, and time needs to be taken to notice how well composed any individual panel is. Smith takes brief detours into effective abstractions and a quirky design evolves into significance, making for variety. Overall the technique is first rate, the linework elegant and the storytelling refined. So what difference does the colour make? It’s muted, dark and flat, and as such dull for extended sections, with Hamaker at his best defining effects for the inter-dimensional travel and the desert heat. A new edition allows the fixing of a few mistakes, such as Rob’s disappearing tattoo, and the colouring must surely have been completed under Smith’s supervision, but honestly? RASL looks better in black and white.

Rasl/Rob is the polar opposite of the adorable Bone, self-aware, selfish and frankly unlikeable, a protagonist rather than a hero. He’s pursued by a gruesomely distinctive assassin, Sam Crow, eventually frustrating as no explanation is given for his freakish appearance or misguided impression. Other ambiguities have a more natural feel to them, particularly a pained and silent young girl, nonetheless knowing, as part of RASL is Smith’s delight in crashing science and spirituality together. Other duality is thoroughly embedded – blonde and brunette, discovery and morality, past and present, and the purity of aspiration set against the reality of the world.

One clever twist is saved for the final chapters, although as Smith’s foreshadowing begins as subtle, but by the end almost shouts from the rooftops, some readers may pick up on it before the disclosure. A few aspects of RASL remain unsatisfying, but in total it’s ambitious, different and consistently interesting. It just looks better in black and white. No complete black and white edition exisits, but RASL is available as four oversized black and white graphic novels, beginning with The Drift.