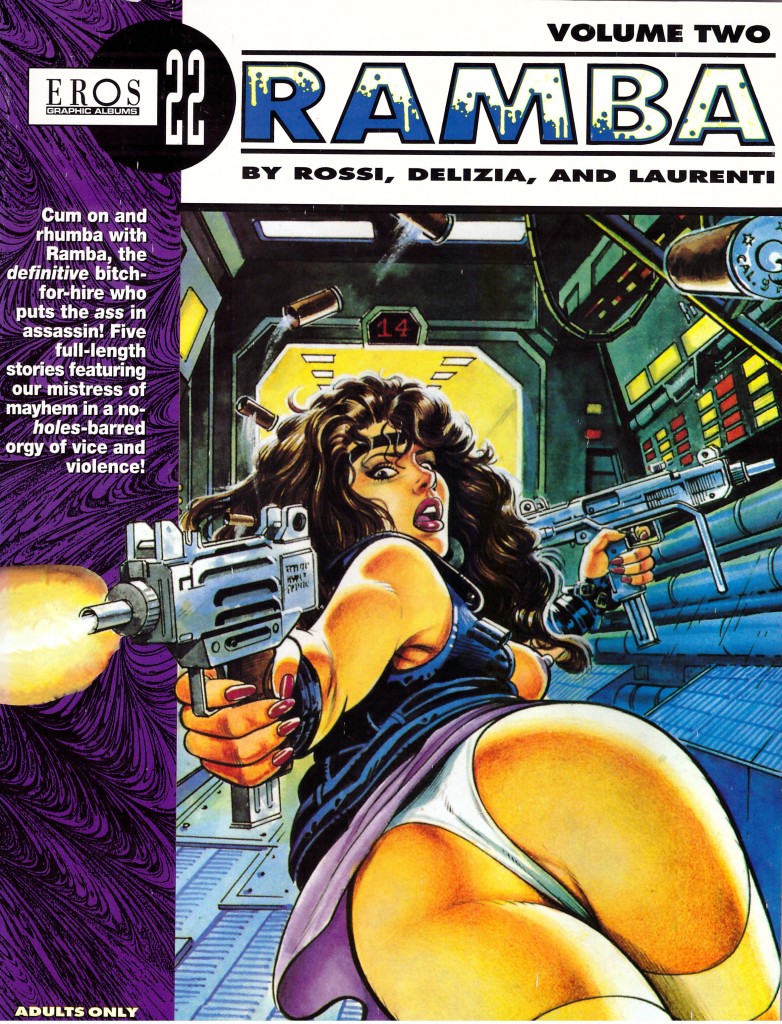 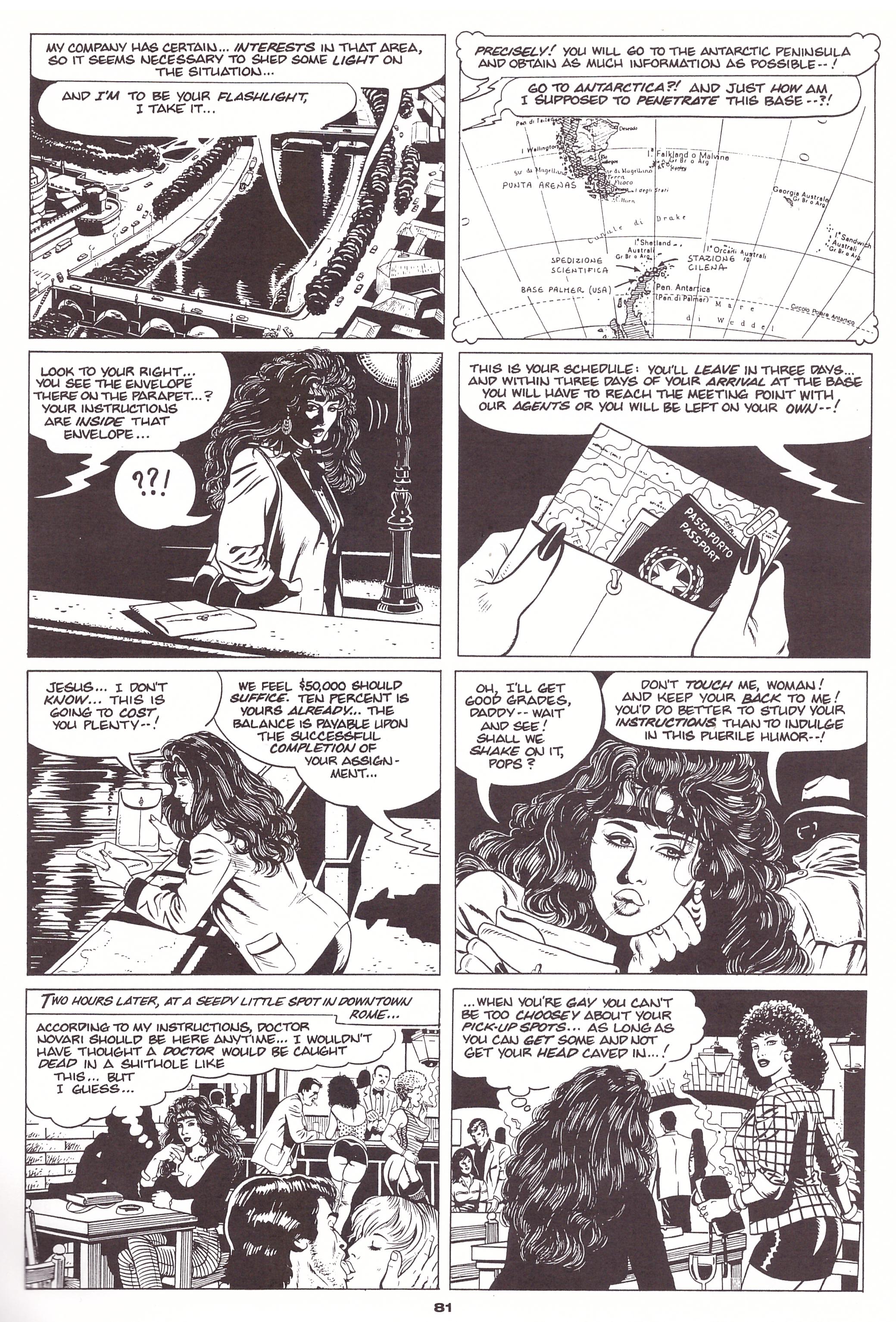 Ramba’s opening collection introduced the impossibly glamorous assassin with a rapacious sexual appetite that appears to lack boundaries. It was, however, unusual for a strip with sexual content as its primary motivation in being both very well drawn and including an inventive crime story along with that sexual content.

Settling into the strip, and having already run through more common sexual permutations, Rossano Rossi’s scripts now start pushing the boundaries further, and the final strip moves into the decidedly unhealthy territory of rape. It’s a touchy topic for any story when handled in a reasonably sensitive fashion, but there’s no sensitivity about this revenge fantasy. The rapist gets what’s coming to them in no uncertain fashion over two and a half pages near the end, but any justification is wiped out by the lingering rape and subjugation sequences being lovingly rendered by primary artist Marco Delizia over the previous seven and half pages, the flashback sequence ending with Ramba hospitalised. Much of Ramba can be laughed off as sexual fantasies with no harm done, but once the strips move beyond willing participation the content moves into the realm of the grossly offensive.

For the open minded, the preceding four tales fall into the category of consenting adults enjoying themselves, in Ramba’s case frequently and without being shy about abusing her targets. Rossi’s extremely good at accompanying the sex with a compact crime story that would work with all sexual content removed. The best of them sends Ramba to an Antarctic base where a number of disturbing accidents have occurred. The base has a small, but lonely population, and Ramba’s merciless characteristics shine through.

Rather slapdash credits don’t even bother identifying the creators by their full names. Delizia illustrates three stories in his tightly rendered style, while Mauro Laurenti’s pages are slightly looser, but also very good.

Were it not for the final story this would be another good selection of crime stories with a sexual content, or if you’d prefer, sex stories with a crime content, and as such worth three stars. The nasty taste that the rape story leaves, though, precludes any kind of recommendation. Ramba is taken into even odder territory in volume three. 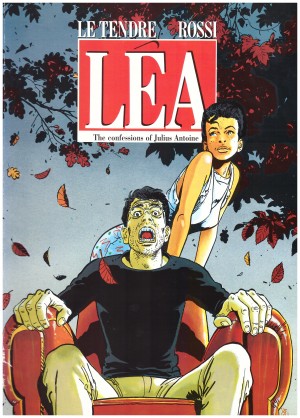