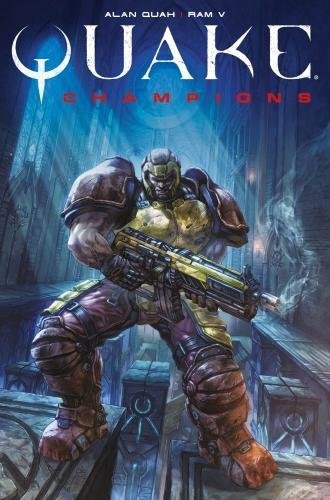 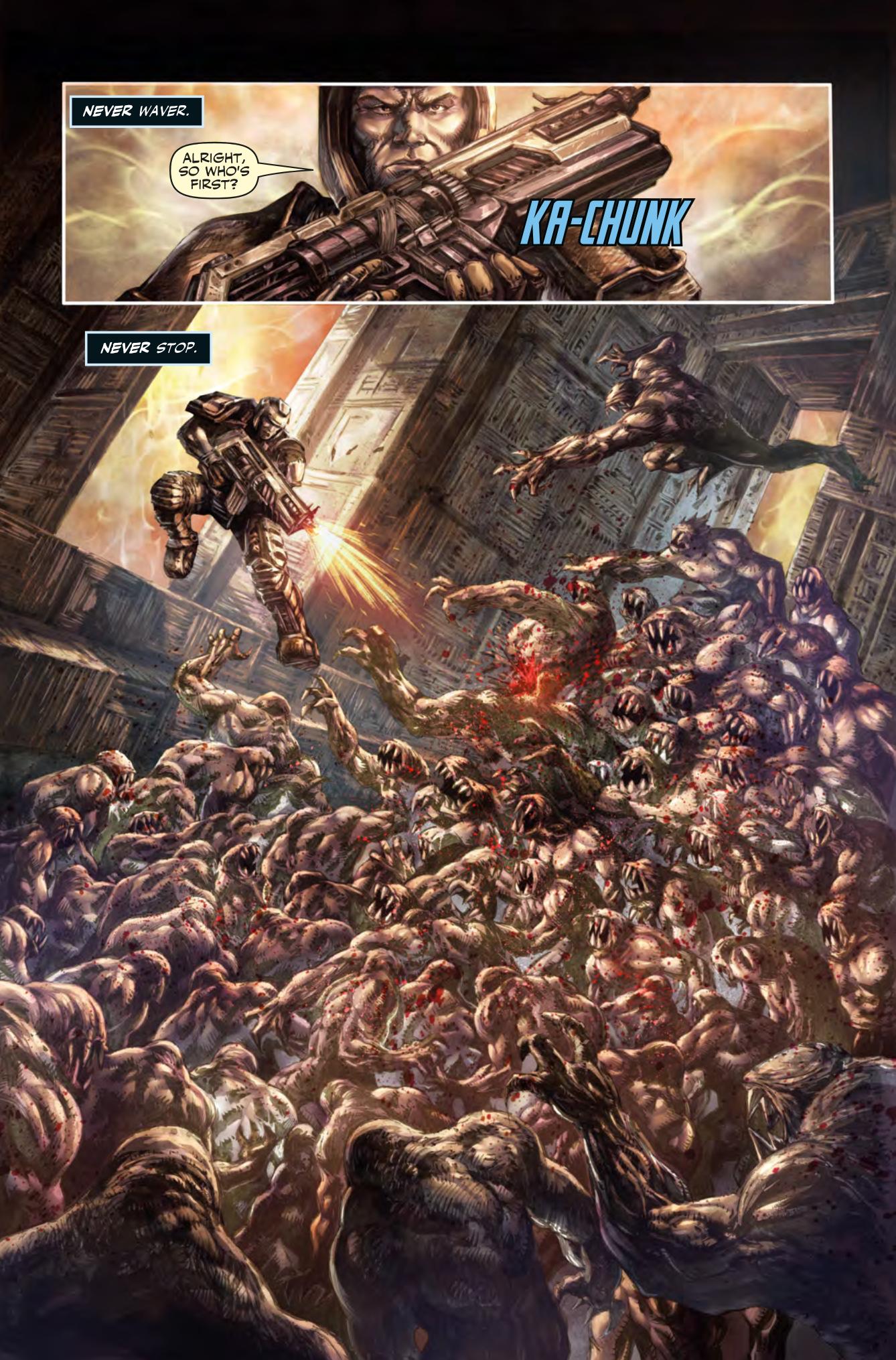 How do you transform a first person shooter video game into a viable graphic novel? Well, the makers of the updated Quake Champions game have done their bit by designing suitably terrifying monsters. For people of a certain generation the thought of a Vore or a Shambler heading toward them is still a buttock-clenching proposition, and they’ve also provided the marine, whose thoughts are conveyed via the captions and the occasional slab of ultra-macho dialogue over the opening episode.

As in the game, for that first chapter the marine’s in an ornately decorated place where monster shaped danger lurks behind any pillar or corner. Writer Ram V’s mission is to give the backgrounds to the alternative first person player options, revealing why they look the way they do, and why they’re where they are, fighting their way out. Occasionally pathos is supplied, such as our marine’s thoughts of home, where the lovely Annie is waiting for him if he can only make his way back from this godforsaken world. Aside from the monsters, that prospect is complicated by the presence of other warriors. It’s almost as if there’s some sort of contest taking place.

Ram V manages the brief, but he’s hemmed in by having to conform to the game format for sections set on the Quake world, so random violence is the order of the day. It’s artist Alan Quah who’s the star turn, especially on the opening chapter. As seen by the sample art, he can produce some astonishing pages when given the time. His 3-D painted style holds up for the potatoes elements of the plot as well, but he loses some finesse when drawing ordinary people without distortions or bodily modifications.

The back of the book features some great illustrations accompanying character biographies, but overall the appeal of this graphic novel is going to depend on how much anyone loves the game or Quah’s art. There’s not enough to drag anyone in beyond that.