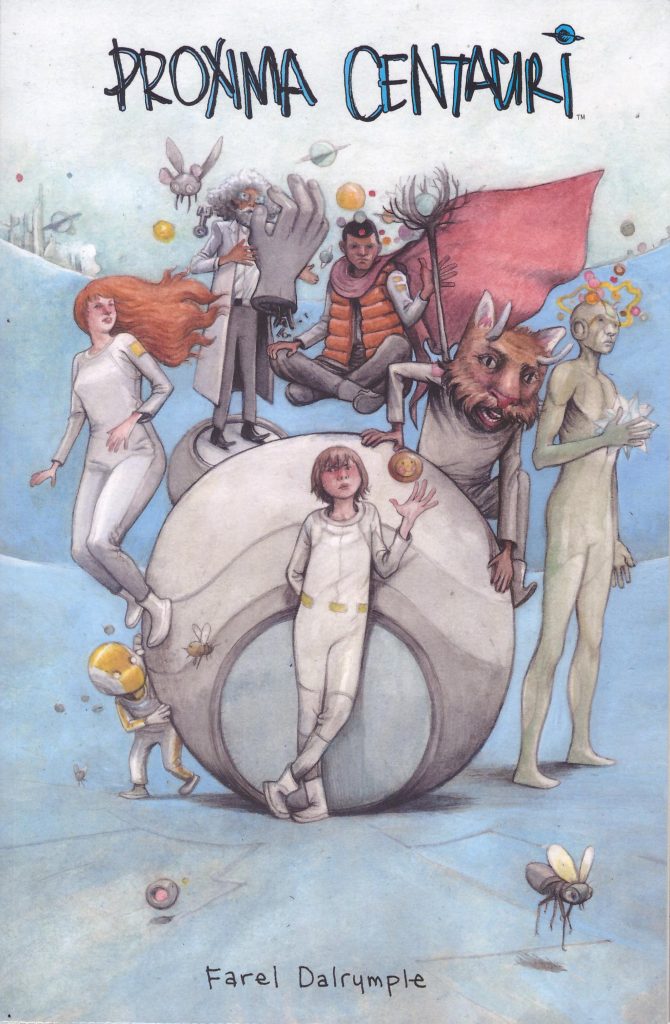 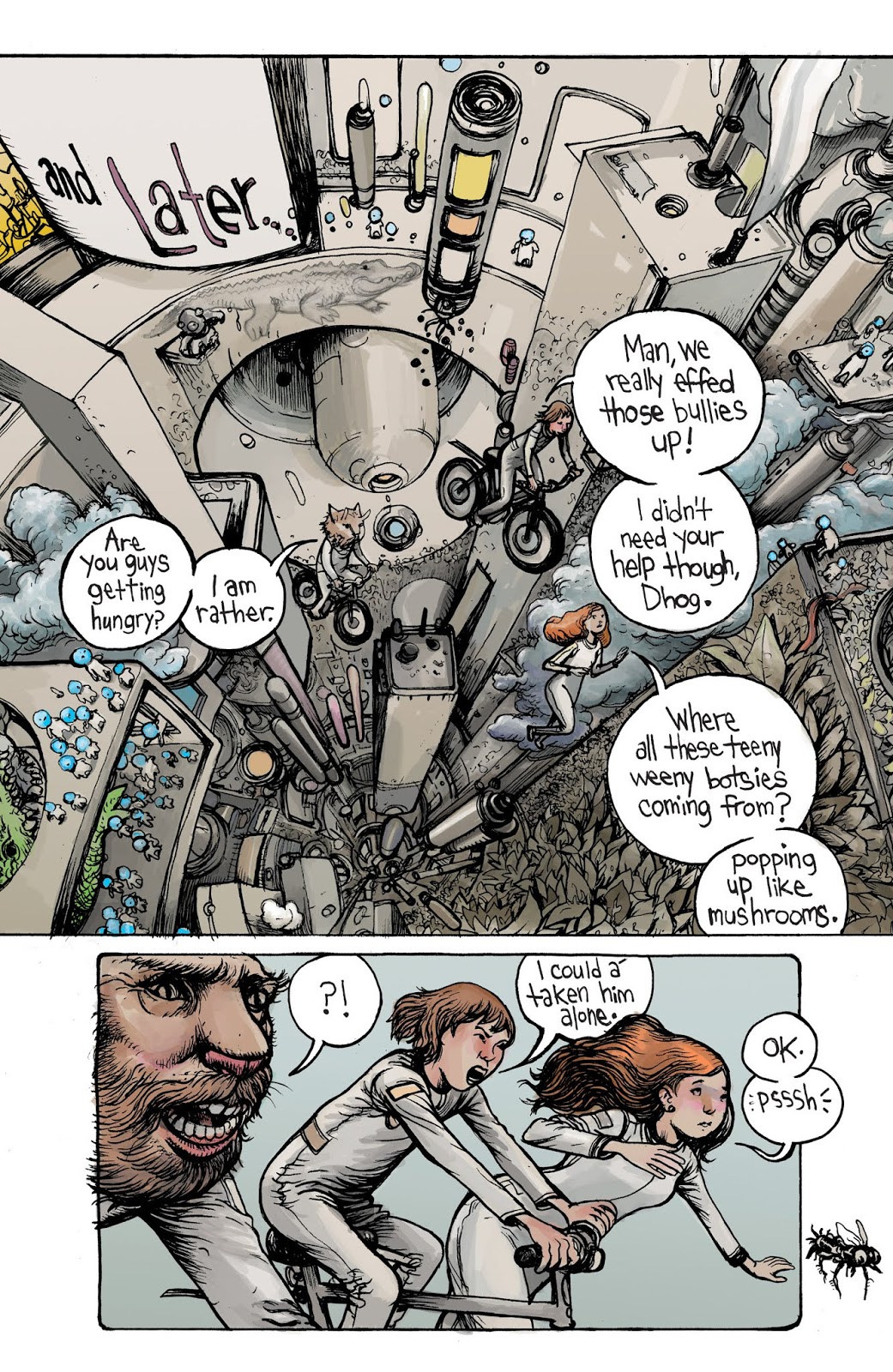 Teenager Sherwood is trapped on the weird world of Proxmima Centauri with only a random chance of returning home from a place where science and magic are equally influential. He’s surrounded by strangeness such as a scientist forever tinkering with oversized human body parts who’s created a perpetually evolving vessel, a slightly confused time traveller and Gris the talking cat. All the weirdness, though, is just Farel Dalrymple’s backdrop for studying Sherwood. He’s isolated from his friends, particularly his brother, puberty is kicking in, and all sorts of contradictory feelings are manifesting as he tries to process his regrets and frustration.

Dalrymple is an astounding artist with a lot of original ideas to offer from a great conceptual mind, but not always the best at communicating them, and Proxima Centauri exemplifies that. Dalrymple presents wisps of stories, almost dreamlike in places, with weird, random happenings that engage momentarily, yet almost inevitably fade out with no real explanation. This helps to cultivate a sympathy with Sherwood, who in many ways has no greater idea of what’s going on than readers do, but has a greater acceptance as he’s surrounded by the weirdness. There’s a definite sense that things are being kept from him by all parties, who frequently exclude him from their private discussions, and the distant Proxinauts who Sherwood once belonged to are being viewed by his friends. Dalrymple presents these viewings as little adventures splicing the main story.

For the most part Dalrymple works in refined muted watercolours, every single colour illustration a joy, but he’ll slip into black and white on occasion, incorporating what seem to be sketchbook doodles of a ludicrously over rendered spacecraft or what seem like sketchy layout panels. The visual imagination is wonderful, but the storytelling at times woeful. It means that for everything there is to admire, the connections just aren’t there, even with many of the Time Traveler’s seemingly random comments making sense by the end. There’s no denying Dalrymple’s formidable strengths, but for all of them he’d perhaps be better off collaborating.