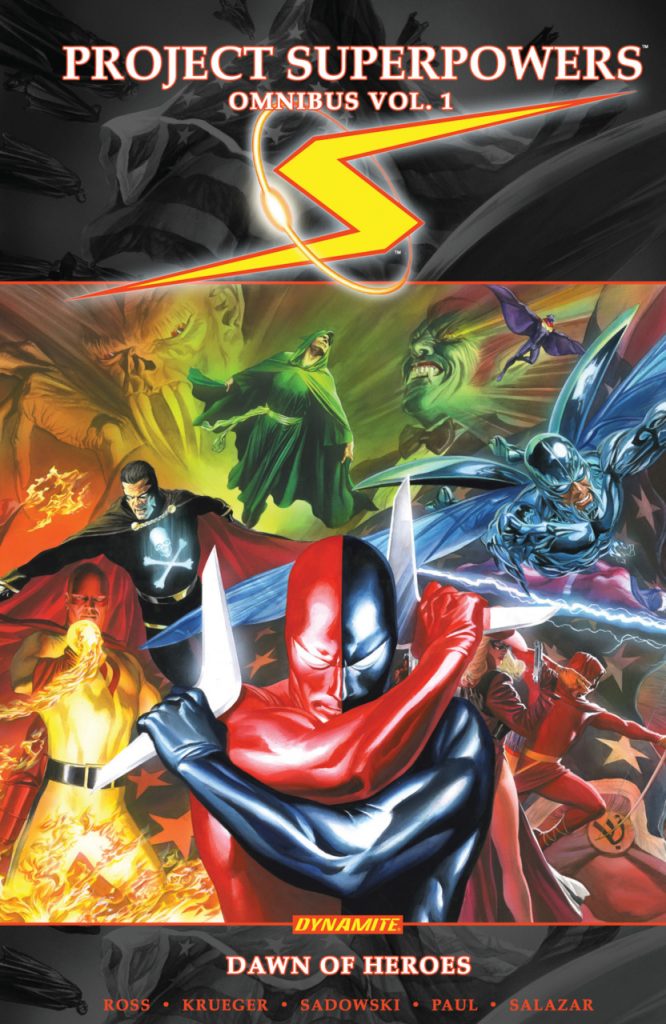 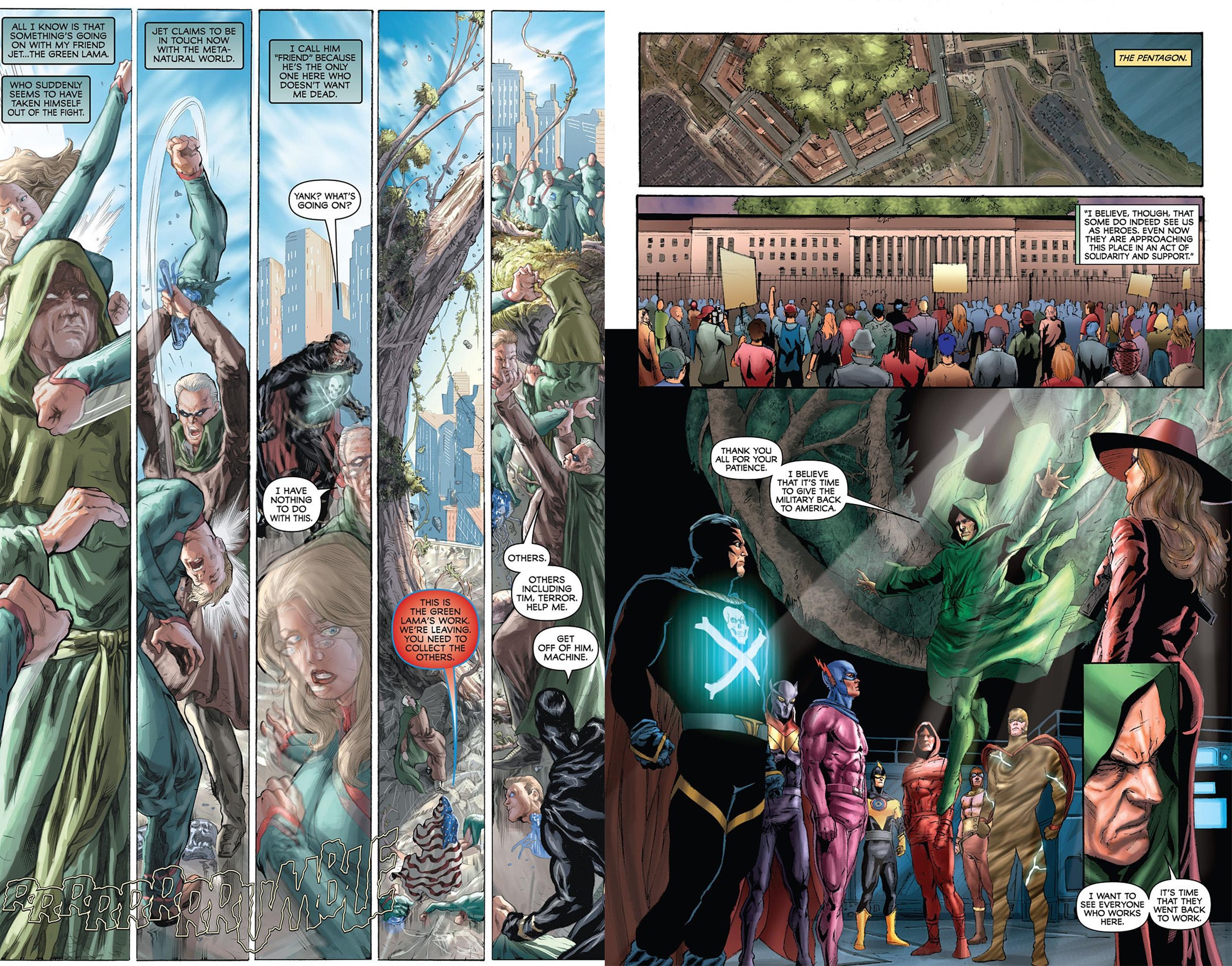 Project Superpowers is a hefty undertaking where the ambition ultimately outstrips the viability of the content. Alex Ross and Jim Krueger use a couple of dozen superheroes, most of whom are revived after decades existing within Pandora’s urn, for some reason changed from the box of myth containing the world’s evils. During their imprisonment they’ve been moulded and altered, emerging into the 21st century with modified powers. The exceptions are the Green Lama, who’s spent the intervening decades attuning himself with the Earth, and Fighting Yank, who’s lived a normal life with a terrible secret on his conscience.

There’s a good story at the core of Project Superpowers, and Ross and Krueger keep readers guessing and throw in genuine surprises as they swerve events away from expectation. Furthermore, as the cast are almost all out of copyright obscurities from the 1940s there’s no certainty about any of them, no important commercial property to be protected, and the liberation of this aspect isn’t as well exploited as it might be. The major problem is the pacing, with Ross and Krueger never coming to grips with a consistent way forward. An opening chapter of a tortured Fighting Yank sets a nice mood, but what immediately follows is so decompressed it’s dull, with Krueger’s verbose scripting playing a large part. It’s only with the final episodes of what was retroactively called Chapter One, that things pull together.

Chapter Two is an improvement, with far more going on, simultaneous threats well worked into the plot, and a series of good revelations, some of which make sense of what appeared to be more random earlier introductions. However, as that continues the pacing is again a problem, with a repetitive battle taking place over several chapters while the writers set other events in motion, followed by what should be an equal threat dashed off with relative rapidity. Amid all the action there’s little chance to come to know the various heroes. Some have been given effective redesigns by Ross, others left in their plain 1940s costumes, but almost all of them speak with the same voice and have few concerns beyond moving the plot forward.

Ross is credited as Art Director, and in practice this seems to be producing layouts for Carlos Paul, and then Edgar Salazar. While there’s not much to choose between them when it comes to the action scenes, Salazar is the better artist at conveying emotion through facial expressions, giving a stronger connection to the cast. Also involved are Stephen Sadowski and Doug Klauba on the opening chapter, with Klauba also drawing some entertaining spreads giving the origins and backgrounds of some cast members, Krueger straining to give some gravitas to some ridiculous 1940s origins.

There are plenty of good aspects to Project Superpowers. The Black Terror’s gung-ho, uncompromising attitude and glowing skull and crossbones logo sets him apart. The unbridled nihilism of the lead villain works. The constant doubt seeded by manipulation is suspenseful. However, it’s a story not as good as it might have been.

For Ross’ fans there are plenty of extras. What he calls a sketch would be the finished art of lesser mortals, and plenty feature in the back. We also have all the covers he painted for the serialised comics, and plenty of explanatory notes. Volume two collects the three Black Terror graphic novels. 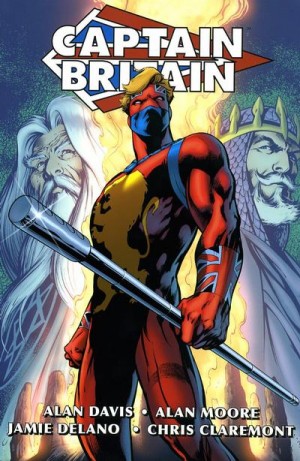