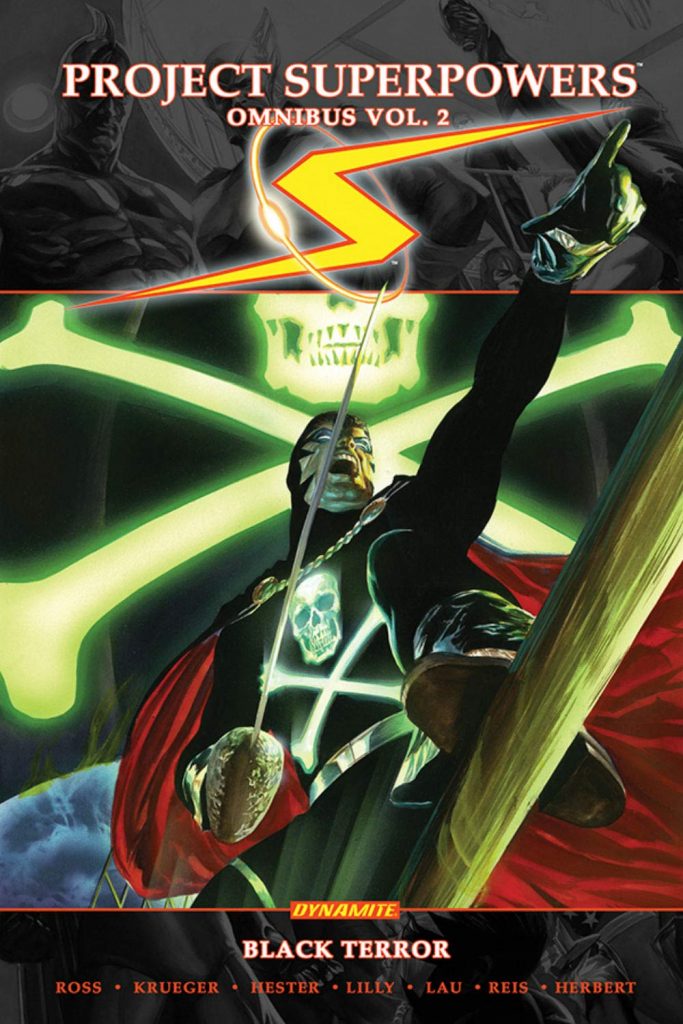 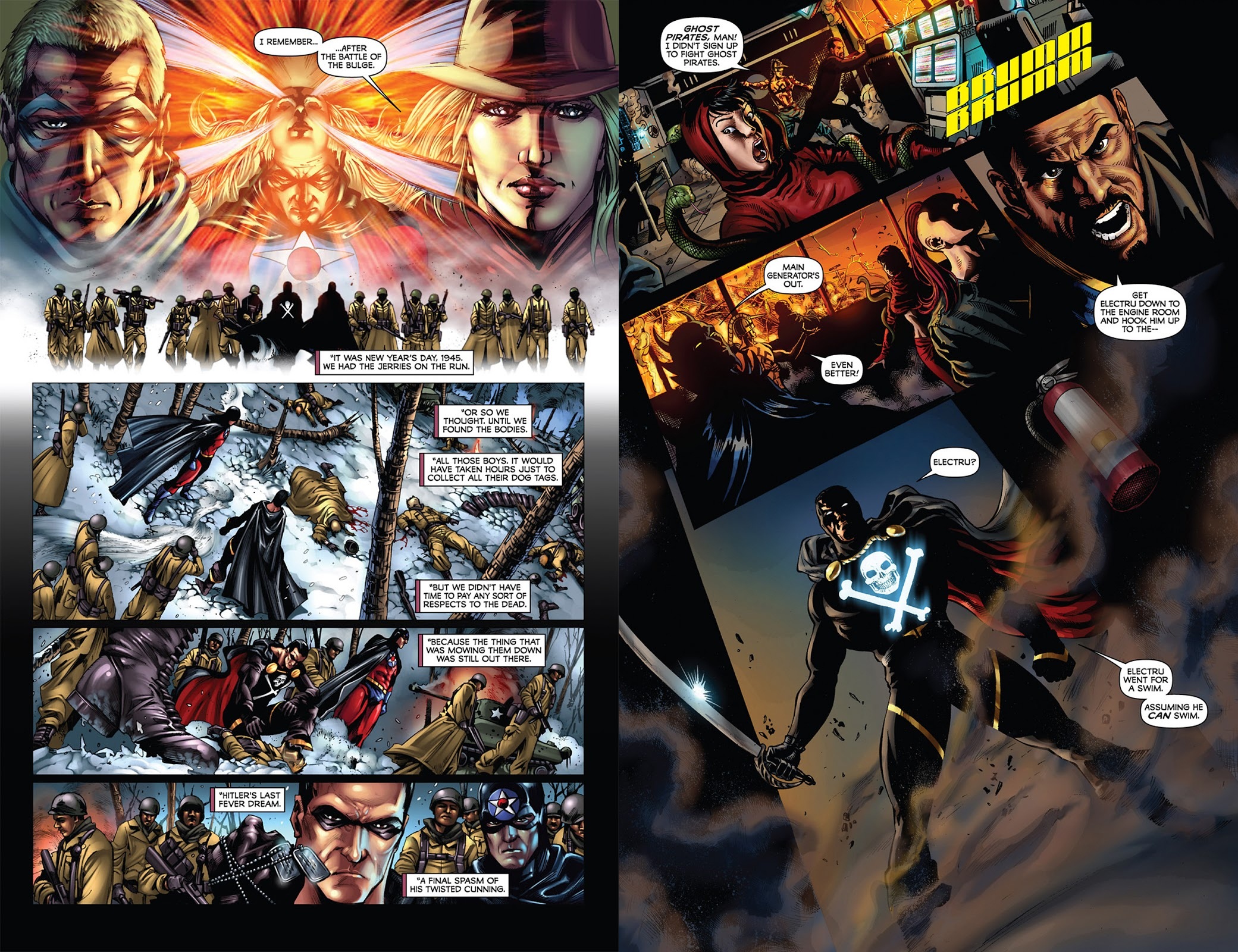 Project Superpowers revived a whole raft of obscure superheroes, but the longest running solo series it generated was Black Terror, all three graphic novels collected in this Omnibus.

The appeal is evident throughout an uneven selection of stories, with a standout visual impression key. Not much was needed to update the almost all black 1940s costume, but Alex Ross’ cherry on the cake design element was to add a luminous glow to the skull and crossbones motif on the Terror’s chest. Beyond that he already had a gung-ho attitude and a black and white sense of morality, tending to go in with fists flying with questions to follow, and over the course of the series Ross and co-plotters Jim Krueger and Phil Hester gradually increased the pirate connections. They also work the idea of a hero out of time coming to terms with the 21st century. Ross stayed away from the dialogue, and Hester is the better at it, with Krueger’s overwriting slowing the overall pace of what was originally volume one.

Stories tie in closely with the Project Superpowers continuity, with guest appearances from the other superheroes frequent, and the publication alongside the parent title allowed some plots here to feed back into the main story. This is generally a good thing, allowing for some attention to characters like the American Crusader, barely seen in the main continuity. However, the series takes some time to find its feet, and the better material all carries Hester’s name as co-plotter.

Despite Ross being credited for art direction, presumably layouts, the art is variable, and Mike Lilly’s work over the opening chapters is poor company for the remainder. His work is cramped and lacking the necessary grandeur. Jonathan Lau (sample spread left) is the star turn, with memorably designed pages accompanying strong layouts and a real sense of style. Jack Herbert (sample spread right) on the final story is also good, able to prioritise a strong image without losing the flow of the story, and allowing space for his cast to operate in. That’s the downfall of Wagner Reis, who closes in on everyone, never giving any sense of location. The last two artists are helped by the course the story takes. Quite honestly, any artist who can’t make a flying pirate galleon complete with ghostly crew manning the guns look good hasn’t got any place drawing comics.

The best story is Hester’s first, with American Crusader at the centre, a dark manipulation of someone determined to do their patriotic duty and work for the good of others, but even that has plot conveniences. More than a few also occur in the final story. Perhaps the intention was they’d be addressed as the series continued, but instead it was cancelled.

As a cheaper option that this Omnibus, it’s possible to pick up the three individual paperback volumes, but if doing so you’d be best off skipping the first. 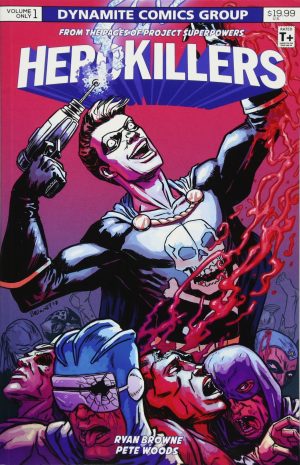