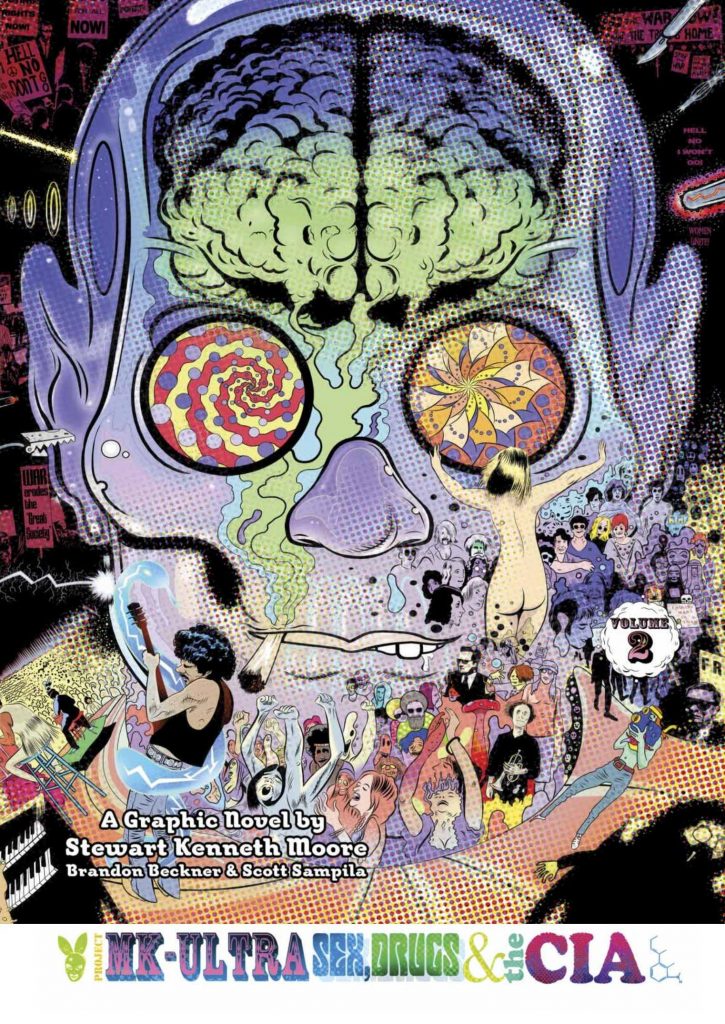 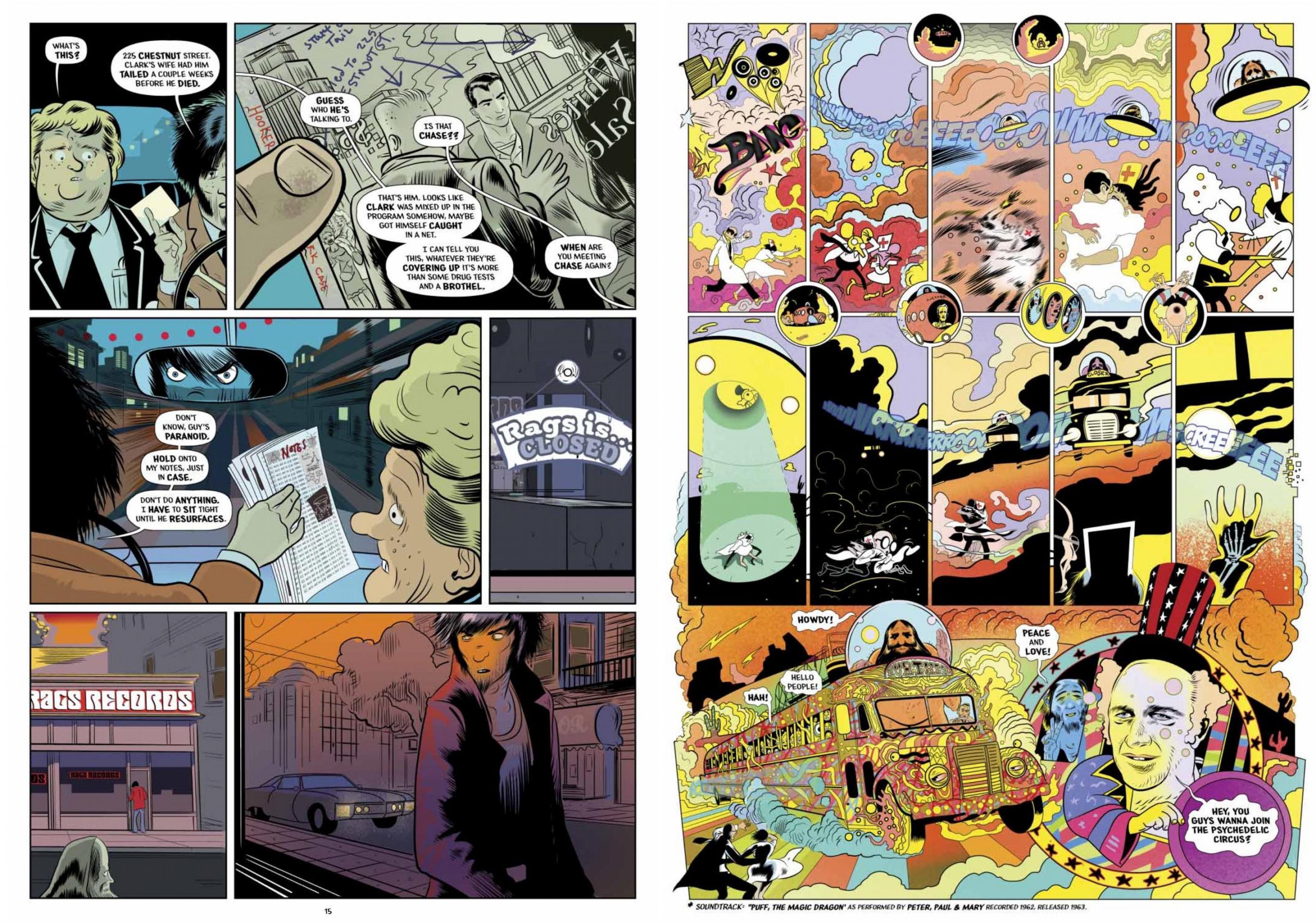 Unfettered from control and with an unlimited budget rarely subject to scrutiny, the CIA got up to all kinds of objectionable things during the 1950s and 1960s (and probably still do), but the destruction of many records in the early 1970s means the full truth will never be known. Rumours persist, however, about the excesses of Project MK-Ultra, experiments aimed at developing a truth serum via hallucinogenics, their use further muddying the waters when it comes to first hand accounts.

Working from an as-yet undeveloped screenplay by Brandon Beckner and Scott Sampila, Stewart Kenneth Moore put together a convincing case of excess without limit or conscience in Volume 1. That ended in the mid-1950s with the key department relocating to San Francisco when their activities in the CIA headquarters were attracting unwanted attention. The past is being explained to journalist Seymour Phillips in the early 1970s by former operative Chase, who comes across as utterly fried, whether in preposterous disguise or acting straight, but the names and events he mentions check out. As Volume 2 opens Seymour is attempting to join the dots.

Moore continues a visual feast, throwing in influences right left and centre from outside comics and within. You’ll catch a little Charles Burns, then spot some Steve Ditko or Dan Clowes, and plenty of Brendan McCarthy in pages brimming with conceptual life. There’s so much to look at and admire even when real life unfolds in a beautifully realised period San Francisco, and when the drugs hit Moore supplies a multicolour miasma. The wonder is that this is all achieved with clarity, the eye drawn where it needs to be drawn and the narrative reeling out cohesively.

It’s complicated, though, and as with anything involving the security services there’s no trusting what’s being told. Is Chase telling the truth, or is what actually happened the more plausible set of circumstances related by an officer claiming to have served with him in Korea? There’s a neat turning of tables, and that occurs narratively as well, because although Moore still dips back into the past, this volume is more a fast-paced action thriller set in the early 1970s. It makes good use of the dying days of hippie-era San Francisco, all sorts of conspiracy paranoia, and bizarre historical references such as the Richard Nixon election campaign poster slogan of “You Can’t Lick Our Dick”!

Project MK-Ultra is well researched, but sources are sketchy with little corroboration, so ultimately do you tune in or drop out? Moore ends with a number of US senators giving evidence to the committee that later produced a 1977 report available here. This is artistically stunning, jaw-droppingly informative, consistently entertaining and totally outrageous. How much truth do you want?