Princeless Volume 5: Make Yourself Part One 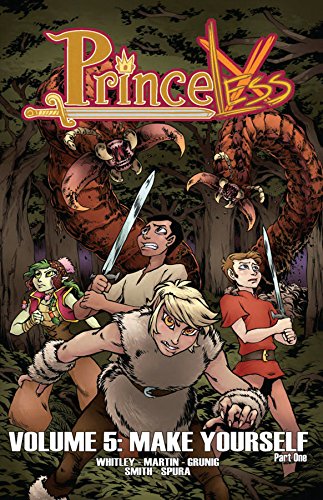 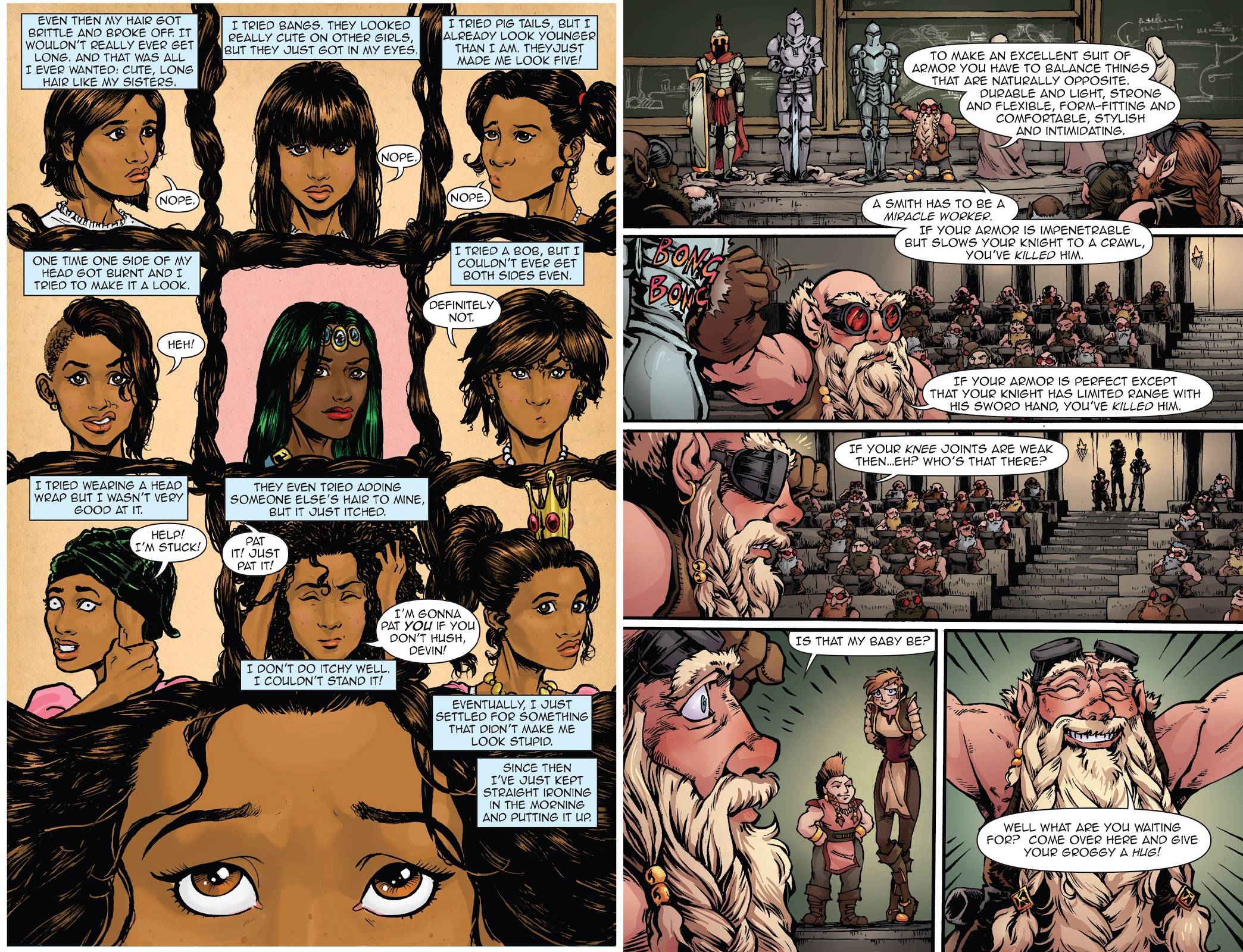 The strong messages of Princeless are that coming to terms with who you are and what you have is no bad thing, and conformity isn’t always the way forward. Adrienne may be confident, a great swordfighter and possessing a greater personality than she may think, but her kryptonite is her unruly hair, which bothers her more than it bothers anyone else. As shown via Alex Smith’s character studies on the sample art, Adrienne has tried a few different styles, but here settles on what just works, without considering how that compares to others.

Having settled things for Angoisse in Be Yourself, Adrienne’s quest to free all her sisters from their towers turns to twins Andrea and Antonia. It’s not a mission completed here, continuing in Make Yourself Part Two, or Princeless Vol. 6 if you prefer. That’s because there’s a lot to cover here. Bedelia, half human and half dwarf, has been with Adrienne since the beginning, and their journey has now taken them to her home kingdom, which is both joyous and awkward. Whitley’s realised from the start that Adrienne having a dragon at her disposal makes her nearly invincible, and he’s having to be increasingly smart about keeping Sparky away from the action.

Both creators are coming along really nicely. Emily Martin draws all but the opening chapter, her art now with a greater variety and imagination applied to the layouts, while Whitley’s learned when to switch from one scene to another, always at the moment of greatest tension. He also always ensures we don’t know everything about people, yet when we learn something new it remains consistent with their personalities to date, which is the case for Bedelia here. The final chapter is titled ‘10 Painfully Awkward Conversations’, and marks how far Whitley has come since beginning Princeless. It lives up to the title, and by the end we’ve all learned a lot more about the cast and Whitley has dispensed some common sense to the young adult readership. More to come in Part II after the nice ending. 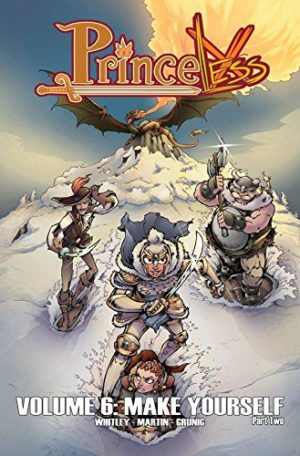 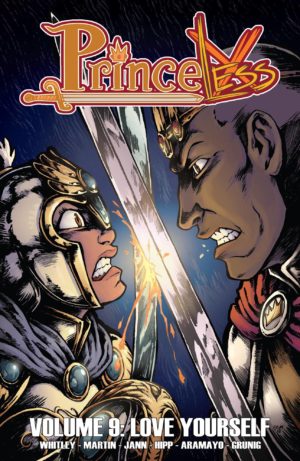