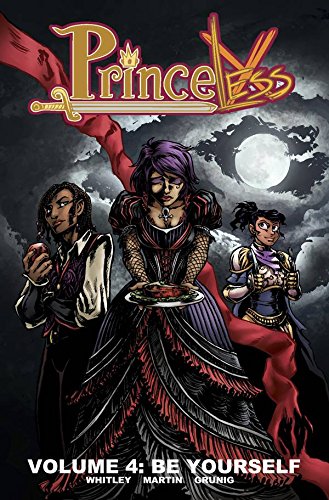 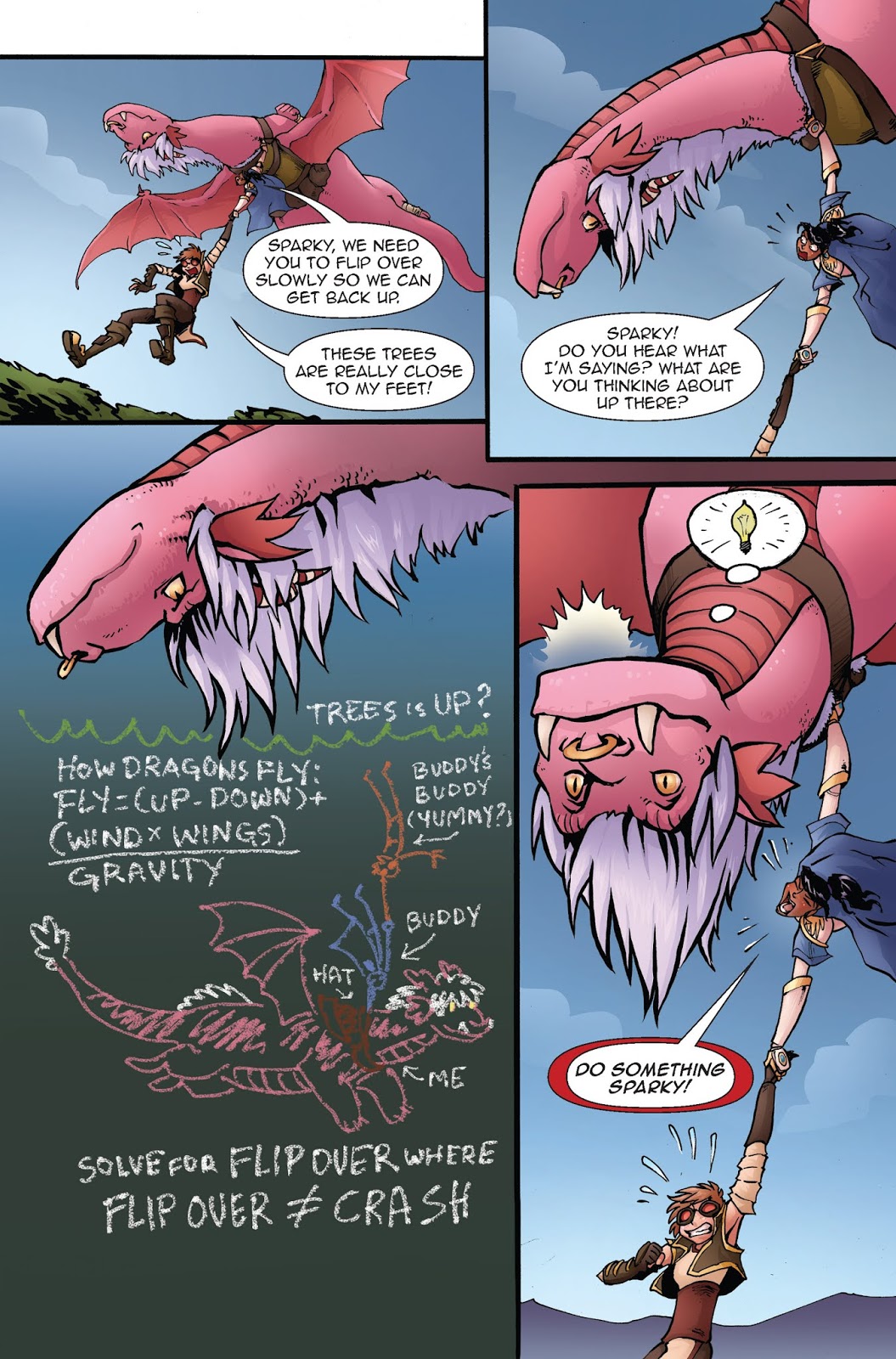 By now it’s been definitively established by Jeremy Whitley that Princess Adrienne’s quest to rescue her sisters from the towers in which they’ve been imprisoned isn’t going to be a short term proposition. A success rate of one sister from six over three previous graphic novels indicates the pace, and the journey being the point. After the diversion of The Pirate Princess, Adrienne is back on track, and she and Bedelia are headed to the spooky, goblin infested swamp where Angoisse is trapped.

Running in the background is the mystery of the Black Knight and the disappearance of Adrienne’s mother, just charred remnants of a coach left. Smarter young readers will have figured out what’s happened from the clues Whitley has already dropped, and it ties nicely into the theme of women’s empowerment, although the revelations are a way off yet, so suspicions won’t be confirmed until Vol. 7’s Find Yourself. It’s not just women’s empowerment at issue, as Whitley provides plenty of time with Devin, the Prince who prefers making theatrical costumes to swordfighting. He has other talents, though, and perhaps he’ll be able to track down his mother, although Whitley rather lets this plot thread drop around halfway after teaming him with Kira, daughter of the Wolf Chief. Also given more time and background is Sparky the dragon, instrumental so far for fighting and transport, but it seems there’s more to the dragons than has been revealed before.

Emily Martin’s art improves on her start in Get Over Yourself, but is still a work in progress. The effort is there, she has a way with characters, and there’s no slacking off when it comes to detail on what they wear. However what she selects for inclusion in a panel and the viewpoints could be more imaginative, and flat faces even turn up on the cover.

The contrasts in expectations throughout make the writing of Be Yourself another step up the quality ladder. It’s funnier than previous books, and Whitley packs a whole lot more plot in. Everything is tidily resolved apart from the mysteries that take us into Make Yourself. Also, for some reason from this story Princeless is issued with volume numbers in preference to book numbers.