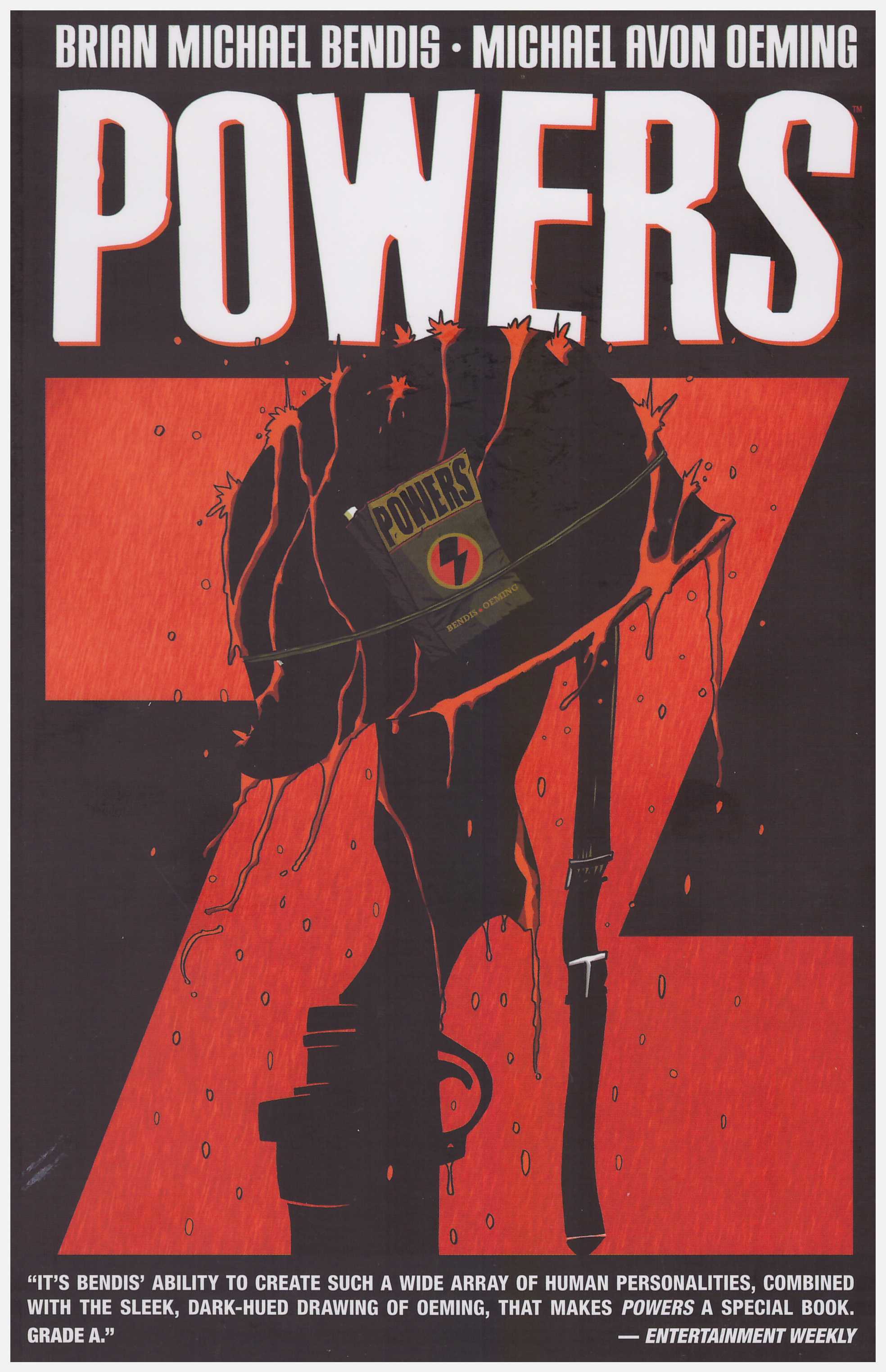 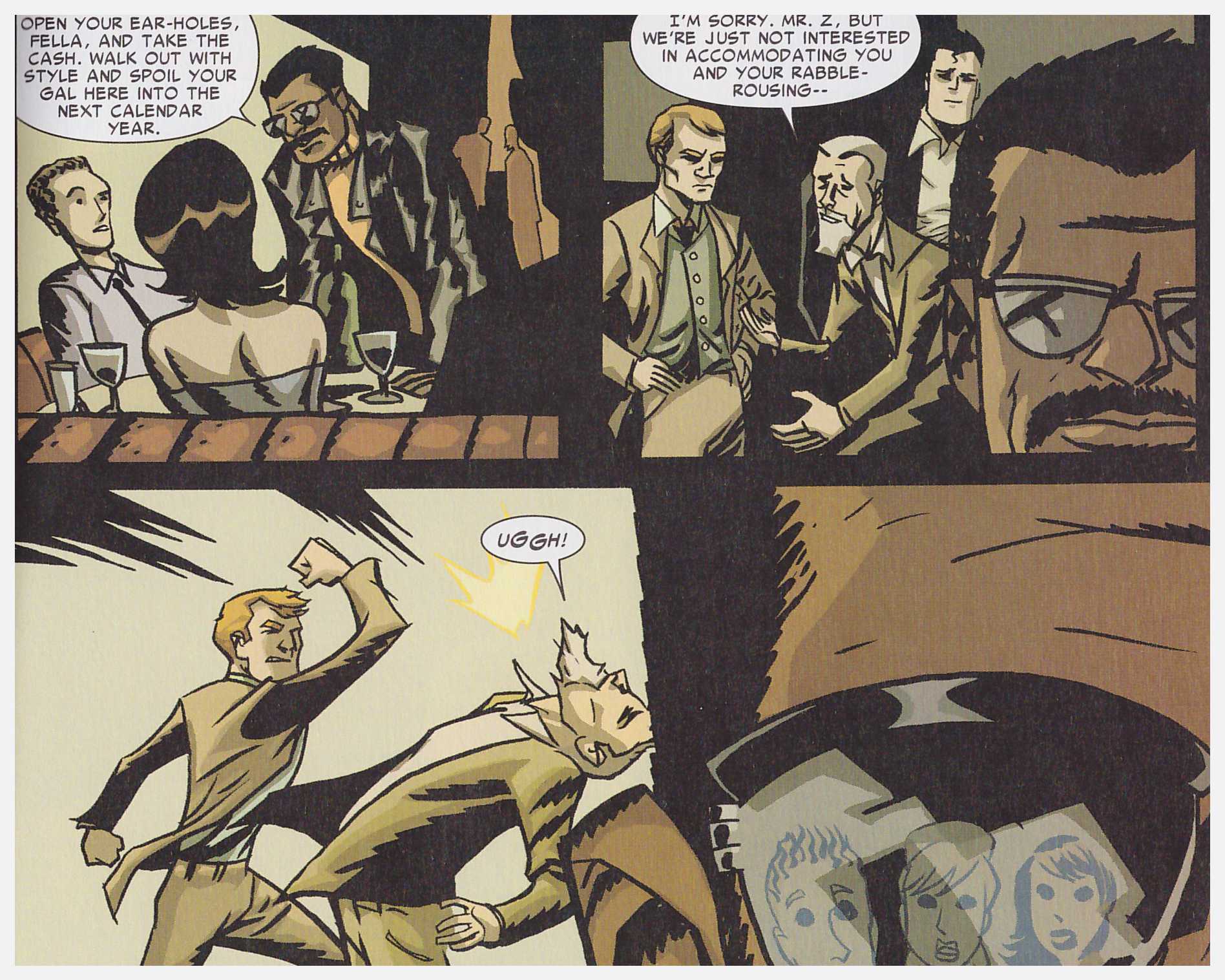 Well, it’s all change at Powers. Not that life had become a bed of roses for homicide detective Christian Walker, but there had been a point over the past couple of books where the comfort levels had ramped up, so now it’s time to take another peek into his past. Don’t read below the third paragraph if you’ve not read Who Killed Retro Girl? and want to avoid elements of Walker’s full story.

As was the case with the 25 Coolest Dead Superheroes of All Time, there is extreme violence here and brutality rather graphically displayed. Powers has never been a series that’s shied from corpses, the Weegee of comics, but Z also shows the crimes being committed to a greater degree, and there’s no holding back. Be warned.

Why does it continually surprise that Michael Avon Oeming’s stylised cartooning is all-purpose? Z sets prolonged sequences in the 1940s and 1950s, and they’re every bit as convincing as the present day Chicago. Otherwise it’s business as normal for Oeming, with a spectacular rendition of a super powered attack on people within a moving car.

In his previous incarnations Walker sometimes lost sight of any greater purpose. During World War II he was part of the Screaming Eagles, the guys who made it to Berlin and killed Hitler. The team member who took the credit for that was Z, and over the following years he became a bigger and bigger arsehole, parlaying the gratitude for a job well done into a sense of entitlement. Brian Michael Bendis has the suave Screaming Eagles of the early 1950s living the sybaritic high life without thought as to the consequences for others, and makes his role models for this incarnation very clear.

Long unheard of, Z is discovered murdered in the present. It opens up an unhealthy family schism, and the can of worms that is the past, as other connected figures emerge. After the events of the previous volume there is no Deena Pilgrim on the force, so Walker remains partnered with Enki Sunrise. This is an awkward relationship after the revelation that she was initially tasked to discover if he’d been concealing super powers, and there’s a telling line when Walker elucidates that they’re now together because no-one else would partner either of them.

There’s a halfway point in Z where it appears everything has been reconciled, but for the first time this isn’t a volume complete in itself. There are numerous plot threads left dangling to be carried over into Gods, not least a glimpse into the not too distant future. Both books were late reissued in a combined package as volume six of Powers: The Definitive Hardcover Collection, or the bulkier paperback Powers Books Six.