Powers: All the New Powers 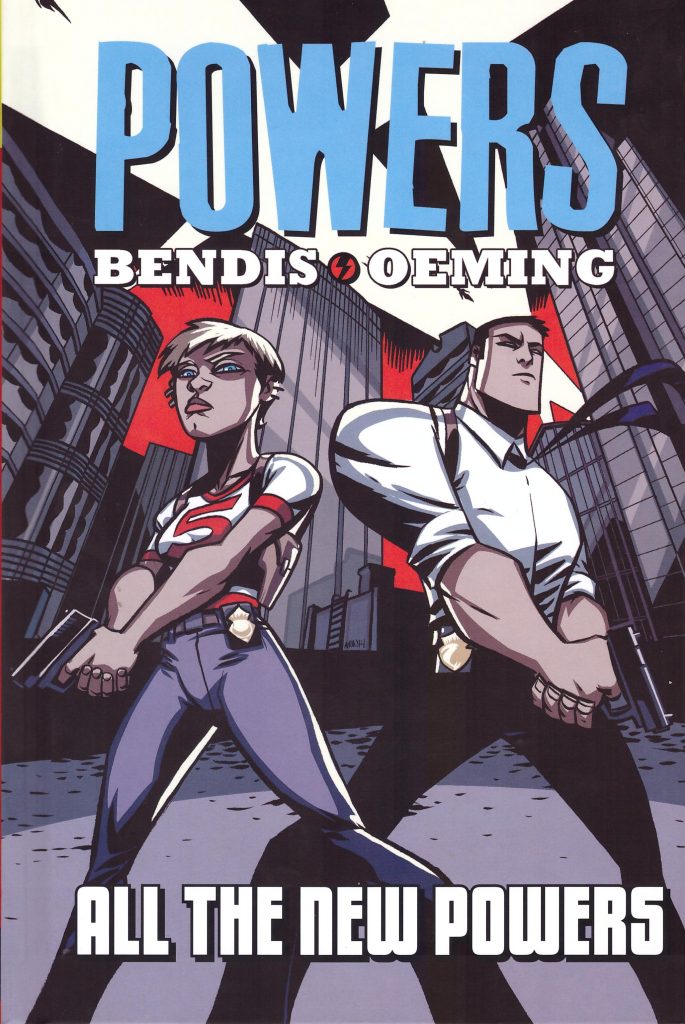 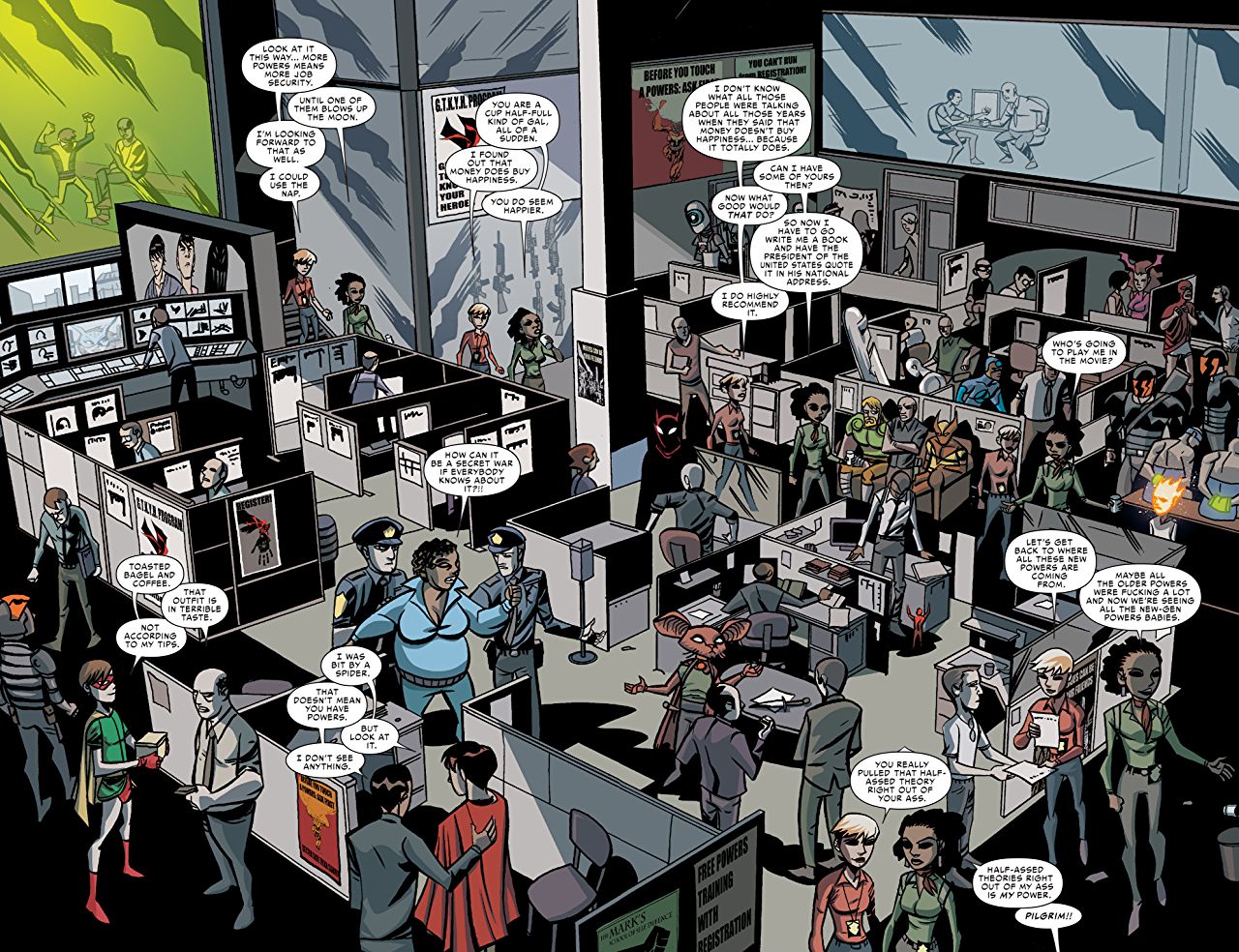 To coincide with the brief run of the Powers video show, the series was relaunched for a third time, although without making any concessions for anyone who’s seen the show who’s prompted to read the graphic novels. They’d be better off starting their Powers reading experience with Who Killed Retro Girl? There’s a second reason for this advice as All the New Powers comes across as both creators going through the motions. At times its as if a writer and artist other than Brian Michael Bendis and Michael Avon Oeming are attempting to approximate their work. There are several sequences of Deena Pilgrim mouthing off, but more extensively than usual with less wit, to no great effect, and illustrated in sometimes slapdash fashion, with bodies not in proportion, and too great a reliance on shade.

For much of the All the New Powers there’s a feeling of deja vu for regular Powers readers. In this book it’s Pilgrim in control and back with the police and Christian Walker down on his luck and struggling to keep things together. The parallel police procedural plots concern the rapid emergence of new super powered beings, illegal under the prevailing legislation, and the sudden death of a charismatic wealthy man and his entourage in an unexplained powers incident. With Pilgrim centre stage there’s plenty of potty-mouthed diatribes, but they’re rather hollow, and extended beyond any reasonable entertainment value. The plot follows much the same course, the minimal constituents dragged on, and when an explanation is forthcoming it’s provided in the few lines of dialogue required, but then allocated several pages with everything spelled out. Enki Sunrise, once a good character, here alternates between a sounding board for Pilgrim, and a stand-in for her.

Oeming isn’t quite as jaded as Bendis. There’s a lot of effort in some spreads, although the cost in the early chapters is less attention to paid to the bread and butter pages. A greater balance is struck by the final episodes where Oeming is back to form. So is Bendis by the final pages, with an excellent ending. It’s a great shame arriving at it was such hard work. The reboot continues, but at a glacial pace, with two serialised issues so far released annually.