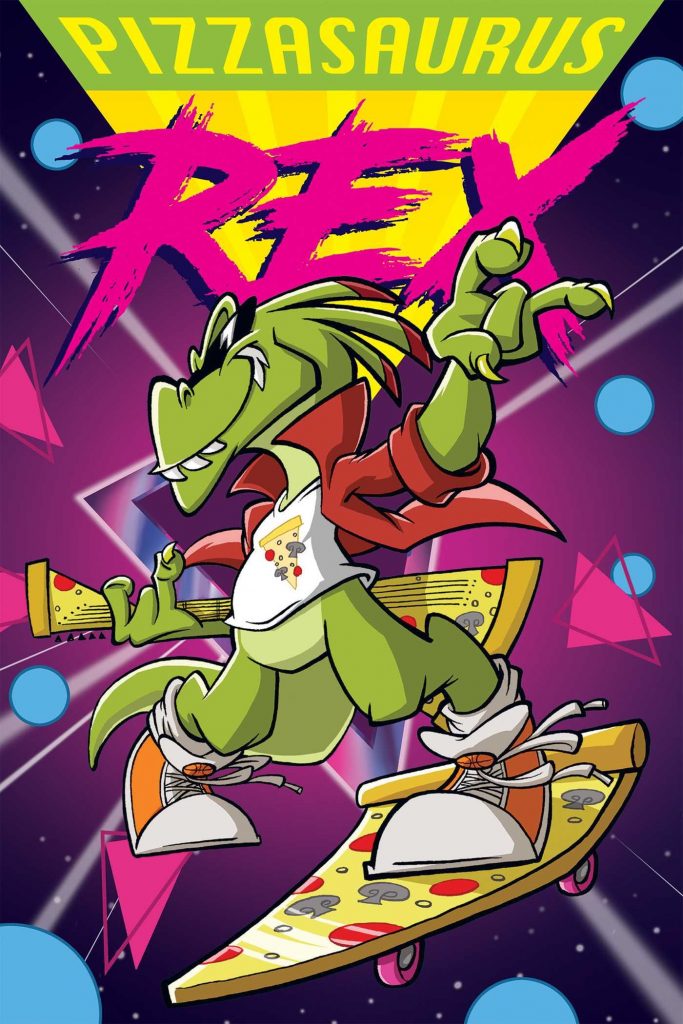 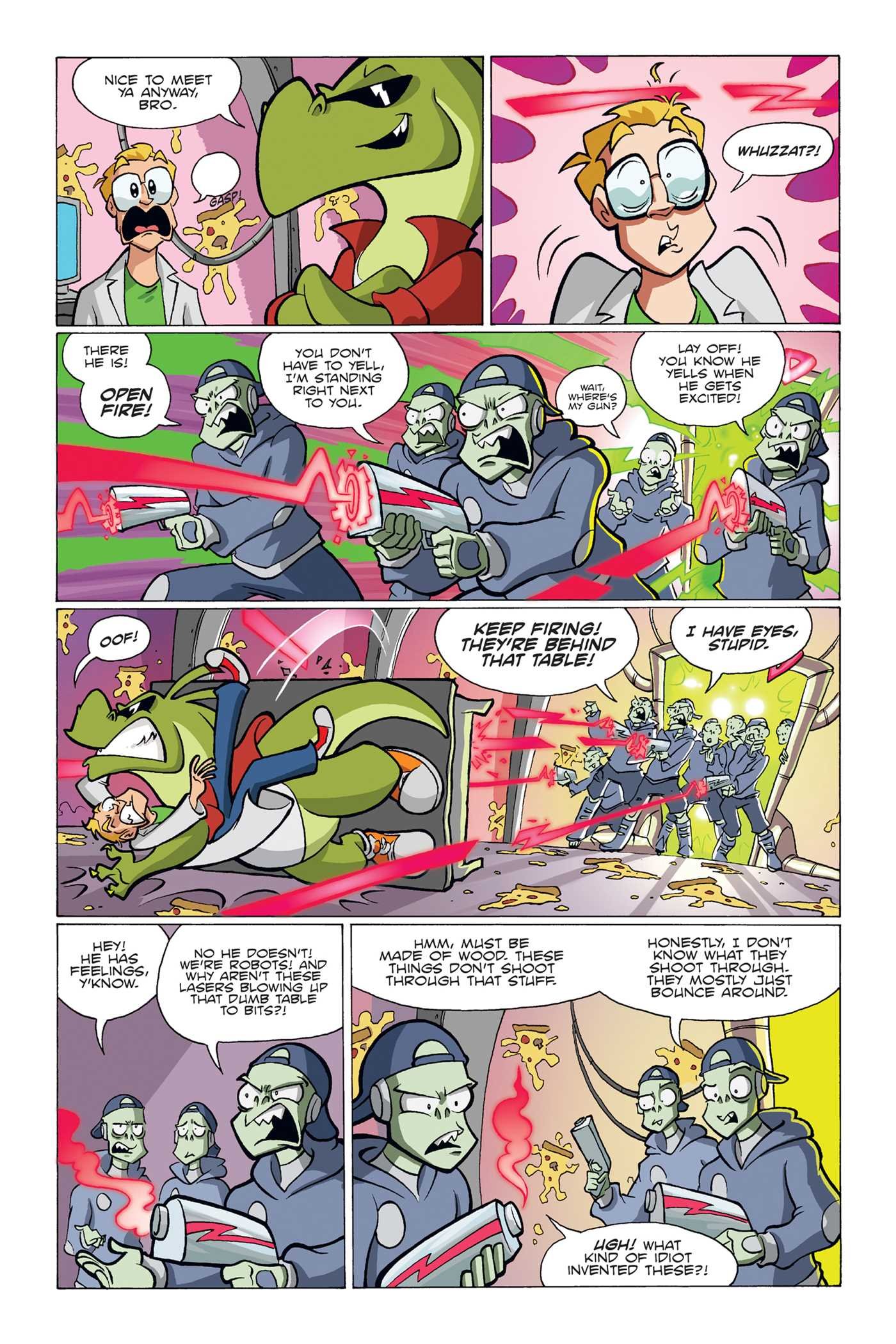 Jeremy Duderman was a bullied science nerd at school, and despite running his own experimental science company twenty years later he still doesn’t get any respect. Not even when he presents his Reality Alternative Dimensionator. That doesn’t quite go to plan, and by the end of the opening episode we’ve been introduced to Rex Raditude, the Pizzasaurus, along with speaking genetic mutation Sqork. However, despite his genius, Jeremy has a casual attitude to safety, and when he leaves the room, the RAD also imports Emperor Buzzkill and assorted allies. What Jeremy lacks in confidence and presentation skills is over-compensated in Pizzasaurus. Apparently it’s what makes them a great team.

Justin Wagner is a good cartoonist, with a lively exaggerated style, but there’s something very unlikeable about Pizzasaurus Rex. The consistently brash tone contributes, as does the substitution of soundbites and posing for any real plot, Jeremy’s self-referential and whiny character, and the equally annoying super-confident Pizzasaurus. He’s cool because he believes he is, and that’s something that we should all aspire to. The shallow message might be more palatable were there any depth to the plots, or even some jokes that weren’t obvious, but there aren’t in a world where bullies hang out at science fairs just to pick on the nerds.

The thrust of most plots is Buzzkill or his agents attempting to drain Pizzasaurus of his radicality and failing dismally. The language apart, this could be a 1970s Hanna Barbera animation where a vaguely interesting name like The Hair Bear Bunch or Great Grape Ape was enough to sell several years of mediocre animation. There’s an offensive quality as well. We’re meant to laugh at Jeremy for being intelligent and socially awkward, because, hey, wearing a cool pair of shades is way more evolved in the scheme of things. Right at the end of the book there’s a message about how it’s uncool to pick on people, but a page of preaching after 140 of picking on Jeremy hardly has the ring of sincerity.