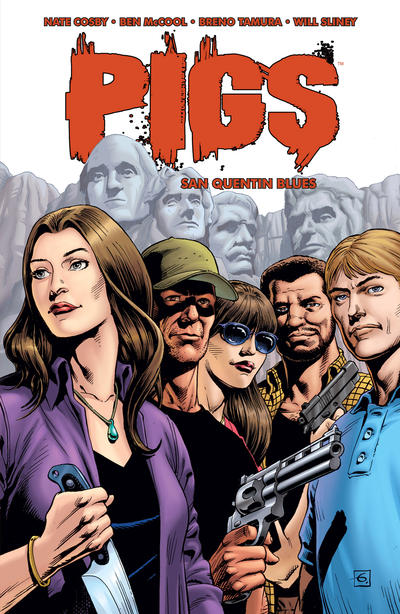 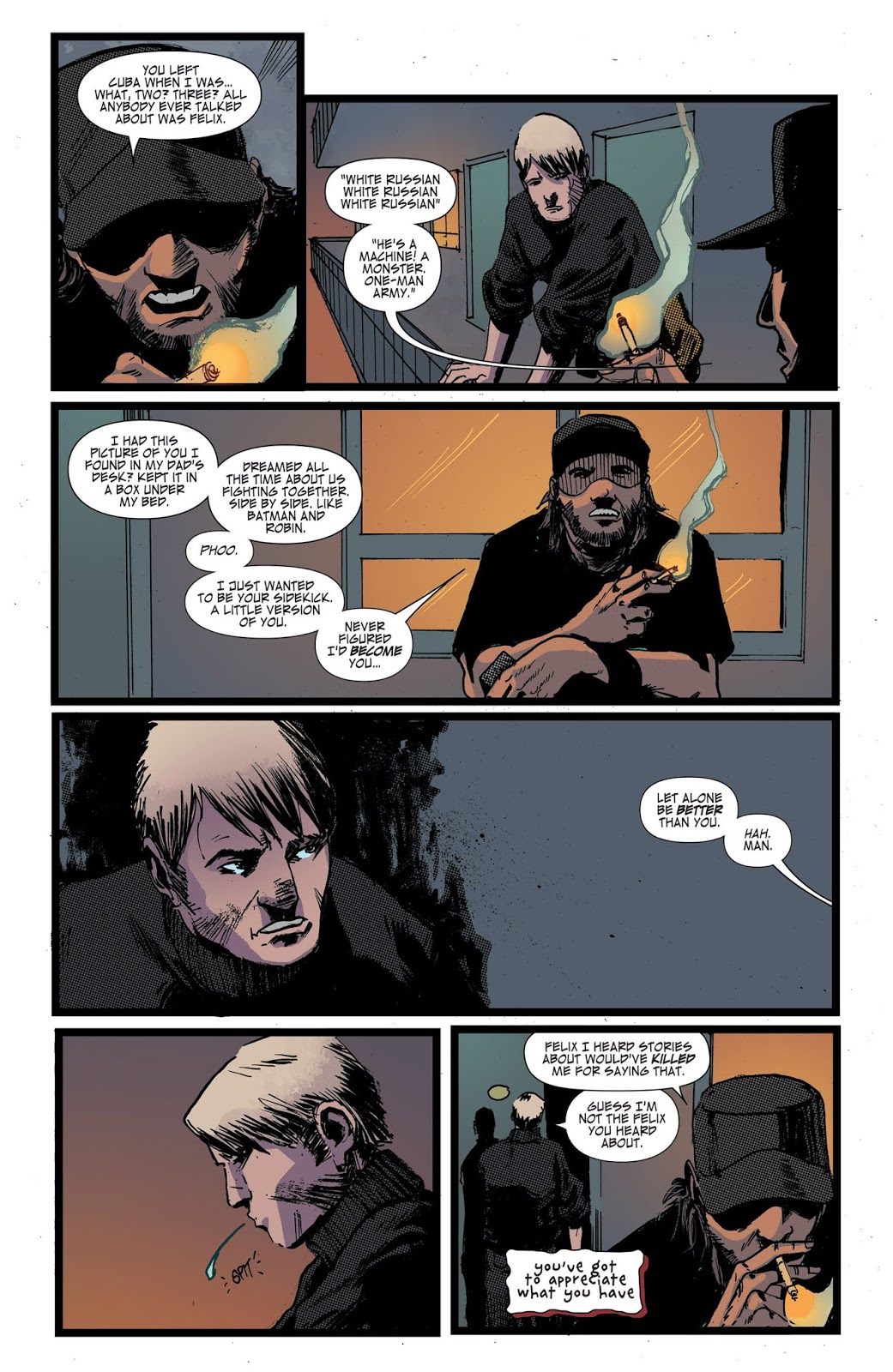 Nate Cosby and Ben McCool have previously divulged that a group of people trained by former Soviet agents had arrived in the present day USA of 2011 with a mission, which most were very keen to see through, now on behalf of Russia. It’s been suggested that they’ve abducted the President and that they’ve been killed. Both were noted in Hello, Cruel World, but in scenes set slightly ahead of the main continuity. The story there was great, but the art not so good.

That’s not quite the way San Quentin Blues plays out. Breno Temura still draws the bulk, and his layouts still aren’t all they could be, but this time he’s not sucking life from the story with too many dull pages. His figurework’s still needs improvement, and there are still plenty of odd faces, but some scenes, such as the police interrogations have an elegance to them. Will Sliney still draws better designed flashbacks, but the cast still look younger than they should.

It takes a while for San Quentin Blues to get going, and even when it does the impact’s not the same as before. Having introduced their premise successfully, the writers explore their cast a little more via a plot in which they have to break into San Quentin prison and kill someone. In the bigger scheme it’s a diversion to a degree, and while the prison Neo-Nazi’s a fearsome chap, the mission is never really explained. In other circumstances that wouldn’t matter too much as there’d be a volume three in which all would be revealed, but for Pigs there is no volume three, so much is left unrevealed and without a proper conclusion. We can speculate about one aspect based on the final page, but there’s not enough quality here to make this a must-have without an ending.