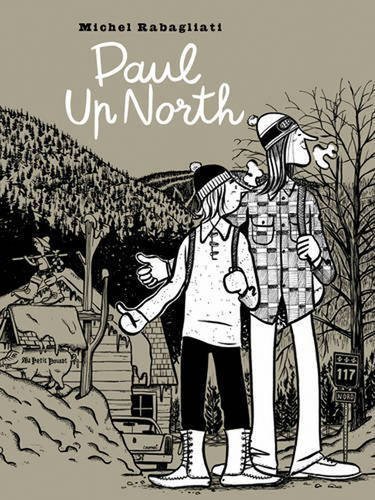 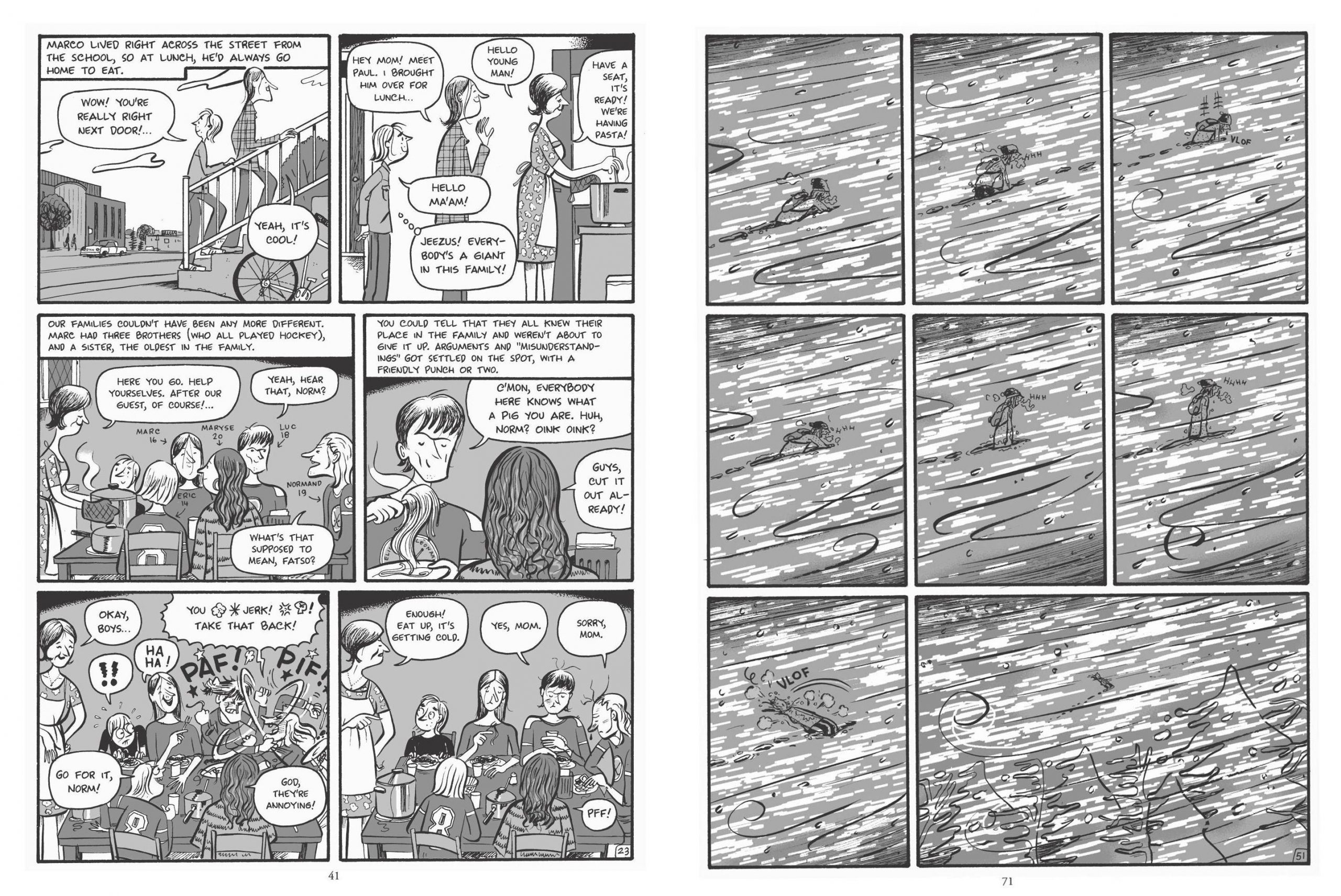 Time has moved on and circumstances have changed for Paul and his family since his look back to the early 1970s in Paul Joins the Scouts. Paul is now a sulky sixteen, unable to see why he should help his father in building a new family home in the country. Hormones are jumping despite his shyness, and if the horrors of puberty have struck, at least there’s the bad influence of his Uncle Raynald to compensate. His mother’s happier as they’ve left the old apartment building where her mother in law also lived, but for Paul it means starting at a new school again.

The first of Michel Rabagliati’s recollections to be translated into English was Paul has a Summer Job, and Paul Up North is the second consecutive release bringing us up to those events. While his mother has other things on her mind, Paul’s allowed greater freedom, and his new friend Marc’s a little ahead of him on the maturity scale, so able to introduce Paul to new experiences. The Up North element of the title covers three sequences and three different moods, the first occurring early when Marc calls Paul and suggests they hitchhike to a classmate’s country cottage, Marc confident she has the hots for him. It’s misguided, almost fatal and wonderfully drawn by Rabagliati in capturing the extreme conditions.

Hindsight is provided by the manner in which Rabagliati chooses to relate events, stressing certain elements of his unreasonable or selfish behaviour as the young Paul, and sometimes adding comments from his parents when not actually in his presence to underline this and other subjects. There’s also the awareness that the boasts of his friends, believed at the time, are unlikely to have been true, but they provide a nice example of Paul’s personality compared with his peers. Paul Up North includes many such subtleties, but so do all Paul graphic novels.

There’s little change to the accomplished art. Rabagliati arrived almost fully formed, and it’s only with more subtle storytelling techniques that subsequent graphic novels have improved on that. One new element for Paul Up North is a two page colour sequence, its vividness reflecting the graphic quality of a hallucinogenic dream recapping some recent events. It’s such a departure it’s almost a shock, like seeing an issue of Spider-Man drawn by Robert Crumb.

The 1976 Montreal Olympics provides a frequent backdrop, but Rabagliati misses the opportunity for the five Olympic rings metaphor when it comes to a crisis in Paul’s life represented by four precise full page illustrations. When ranked against what’s dropped in other Rabagliati graphic novels the low point of Paul Up North is mild, but it’s something most have been through, and it’s sympathetically portrayed. A nice circular piece of closure ends what’s been another glorious skim through teenage life in the 1970s. Thank God for Rabagliati’s memory.