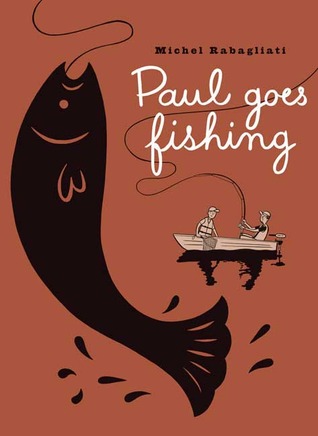 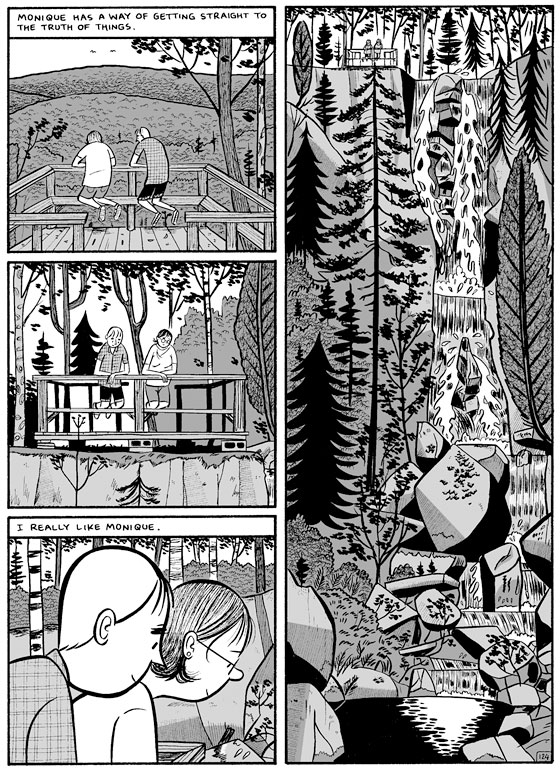 Michel Rabagliati’s fourth full length outing for his younger alter-ego switches the format from album size to something slightly smaller than a standard trade graphic novel, probably a wise commercial move for a story clocking in at 188 pages. As before, the Paul stories are largely autobiographical, but with some fictional contrivances to supply a more coherent narrative.

We last met Paul in Paul Moves Out, the story of his late teenage years, and have now reached 1991. In his early thirties he’s established a reasonably successful photography business, and he and Lucie are expecting a child when they take a week off to spend some time with Lucie’s sister Monique and her husband at a lakeside cottage. Clément is a devoted fisherman, and that’s the purpose of the holiday for him, while Paul and Lucie are just looking for a rest. Rabagliati is a gentle storyteller, appreciative of life’s small pleasures, and the good-natured tone of his earlier books here glorifies the rural peace. He remembers the conversations after dark, the art of successful fly fishing, and recounts his sister-in-law’s social work experiences. The present day of 1991 also provides a springboard back to the past, and we learn the trauma of his first fishing trip, how oppressive he found high school, and about Lucie growing up. His hate of high school eventually provided a life-changing experience, and it’s beautifully connected with Monique’s career.

Observant and contemplative, Rabagliati is a pastoral raconteur, desiring we appreciate the things he does. We learn about the people with whom he’s spending his time, while the art takes the same gentle tone of admiration as the writing, especially when it comes to design. Rabagliati always appreciates a nice roadside sign or the construction of a log cabin, and passes that on. There’s also a nice passing nod to his greatest influence, Canadian cartoonist Albert Chartier. Rabagliati’s art has changed a little from previous work, the figures and surroundings no longer with such an angularity about them, and there are nice touches of eccentricity such as a drop into deliberate flatness for exaggeration. It’s seen on the sample page indicating the distance down.

There’s eccentricity to the writing as well. Although Paul Goes Fishing is largely linear, allowing for dips into the past, Rabagliati takes swerves into odd territory considering that if it interests him it’ll interest readers also. On that basis we learn about Louis Cyr, considered the world’s strongest man in the late 1800s.

A lot of what’s related concerns perspective, what’s obvious now, yet wasn’t at various points in the past. As with almost anything in Rabagliati’s output, this isn’t a point to be made, just natural connections, or valuable lessons learned from what seemed misfortunes at the time. That’s not to indicate a lack of depth. Rabagliati is leading towards a couple of solid punches to the gut, and these wouldn’t be nearly as effective if they were just dropped in. The last page finally explaining the seemingly inconsequential pre-credits prologue is also a fine touch.

The good-natured and caring Paul works possibly aren’t accorded the acclaim they deserve. The drawing is wonderful, the observations astute, and they drift along in the manner of one of Bill Bryson’s better books. Everyone loves them, so perhaps more people should pick up on Rabagliati. 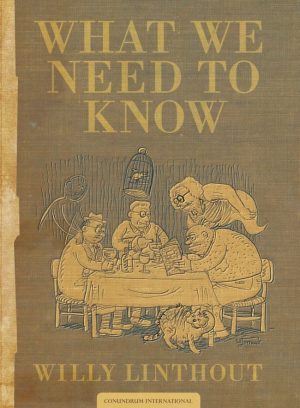